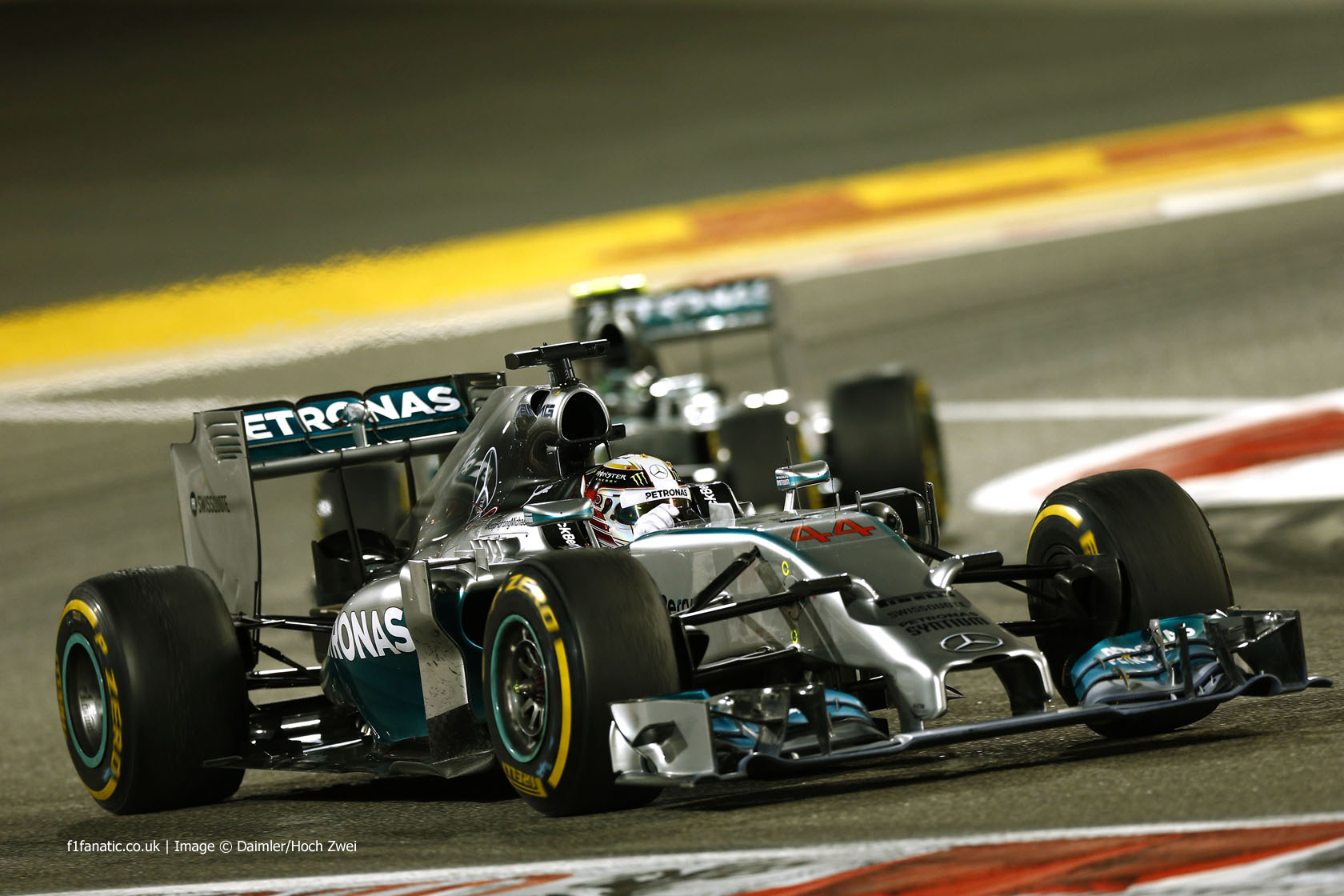 In the first two races of the season Mercedes were far enough ahead of their rivals that they didn’t need to reveal the full capabilities of their car.

But the circumstances of the late-race Safety Car period in Bahrain meant the team had to show their hand. Once the race resumed Lewis Hamilton and Nico Rosberg scorched away from their pursuers at over two-and-a-half seconds per lap.

In Melbourne they set the fastest lap by less than a tenth of a second but it looked like they were as much as a full second quicker. In Sepang they realised that advantage.

But in Bahrain no one else lapped within 1.7 seconds of the Mercedes. That’s the kind of performance advantage we haven’t seen in a long time. If they were capable of sustaining that over a race distance they could have lapped the field.