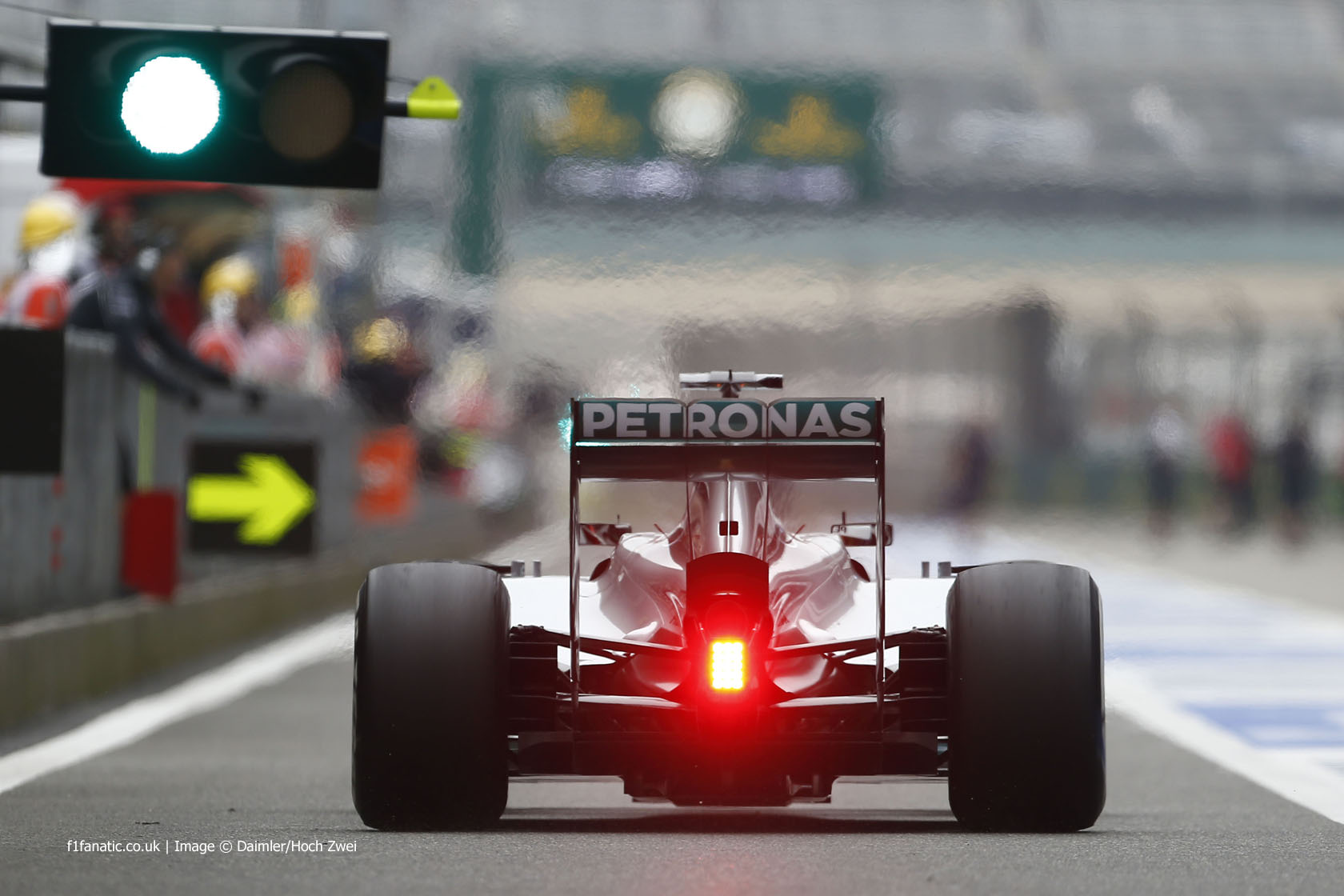 Formula One engine designers warned the scope to increase the amount of noise produced by the current units is “extremely limited”.

The quieter sound of the new engines has been one of the talking points of the season with some fans regretting the loss of the louder V8s and commercial rights holder Bernie Ecclestone criticising the change.

The FIA has begun a consultation process to investigate what could be done to change the noise produced by the new V6 turbos. But Mercedes-Benz HPE engineering director Andy Cowell warned the configuration of the new units poses a major obstacle.

“The principal reason why the engine’s quieter is the turbine wheel and the muffling effect you get from that,” he said. “And perhaps one of the key technologies for recycling the waste eergy that would normal go down the tailpipe so it’s a key aspect of the technology we’ve got.”

“There are other things we can do, though, with the tailpipe, perhaps, to change the noise,” he added.

“The noise of the current engine is a consequence of the overall layout, the architecture and so forth.

“I think in terms of the possible adjustments to change the noise it makes I think we’re at the beginning of a consultative process that will kick off in about an hour’s time. Andy’s alluded to tailpipe changes, that’s something that could be a way to go.

“I think the scope to fundamentally and profoundly alter the noise of the engine is extremely limited by the type of technology that we have deployed. And therefore I think we need to be realistic about the scope of any action that we might take.

“But of course we’re sensitive to the subject and we’ll certainly participate in any of the studies that might lead to actions being taken.”

Cowell said increasing the current rev limit of 15,000rpm would not have an effect. “The fundamental reason is the fuel flow rate formula, so you get 100kg per hour once you’re at 10,500 rpm.”

“If you rev an engine faster you generate more friction and friction is the enemy of an engine and the enemy for a race car because you have to reject it to the radiators and there’s an aerodynamic deficit from doing that.