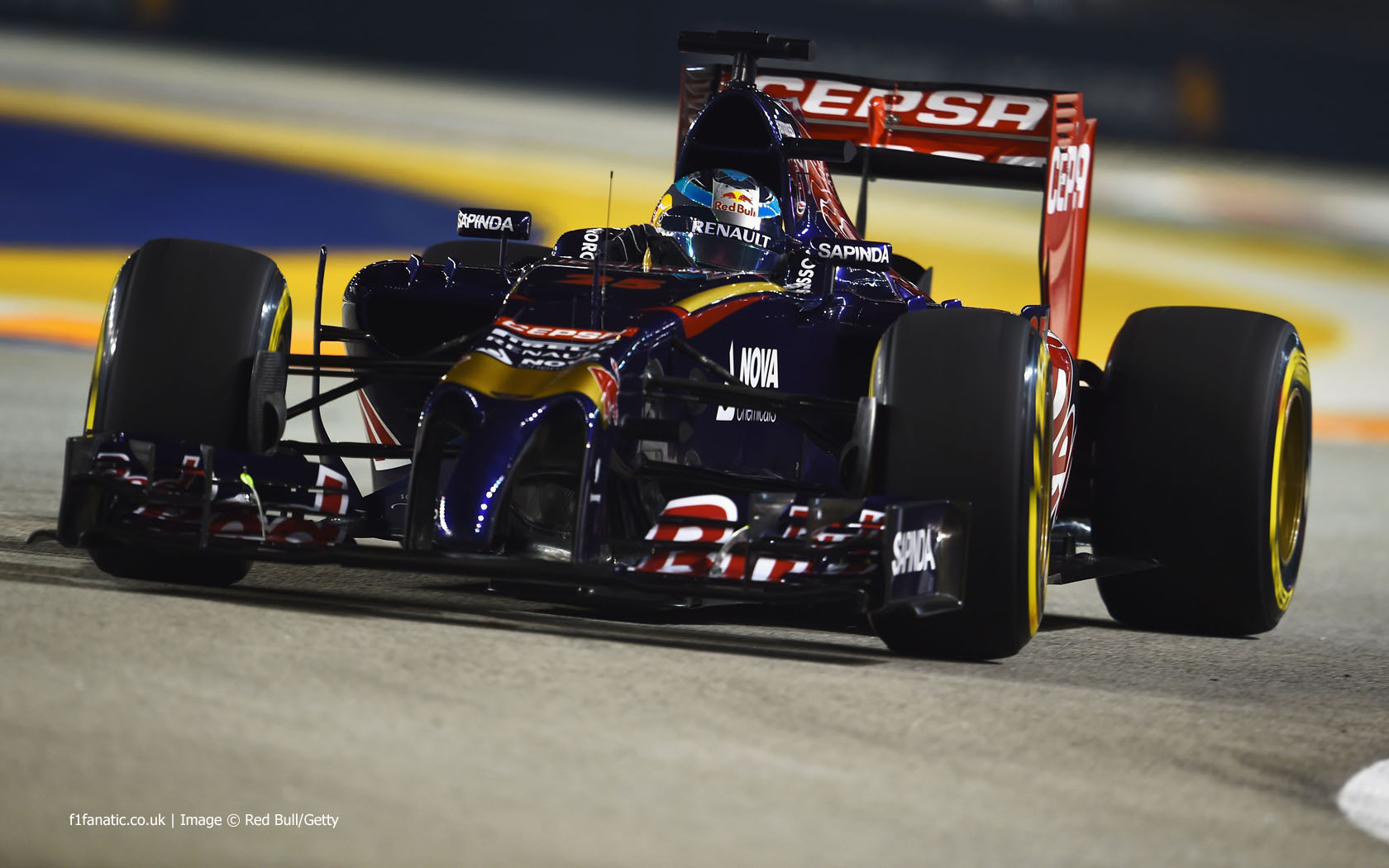 Jean-Eric Vergne said he was “extremely happy” after equalling his career best result of sixth in the Singapore Grand Prix.

Vergne does not have an F1 seat for 2015 as Toro Rosso are to replace him with Max Verstappen.

“The end of the season is where I need to push for next year,” Vergne admitted after the race. “I think I’ve shown my potential and I think I did everything I could today.”

Vergne picked up two five-second penalties during the race, the second of which was added to his finishing time, despite which he remained in sixth place.

“I was not good yesterday in qualifying, I made a mistake and I told the team that I was going to make it up to them in the race and that’s what I’ve done,” he said.

“So I’m extremely happy for everyone in the team. It’s a great result – sixth is like a podium for us.”