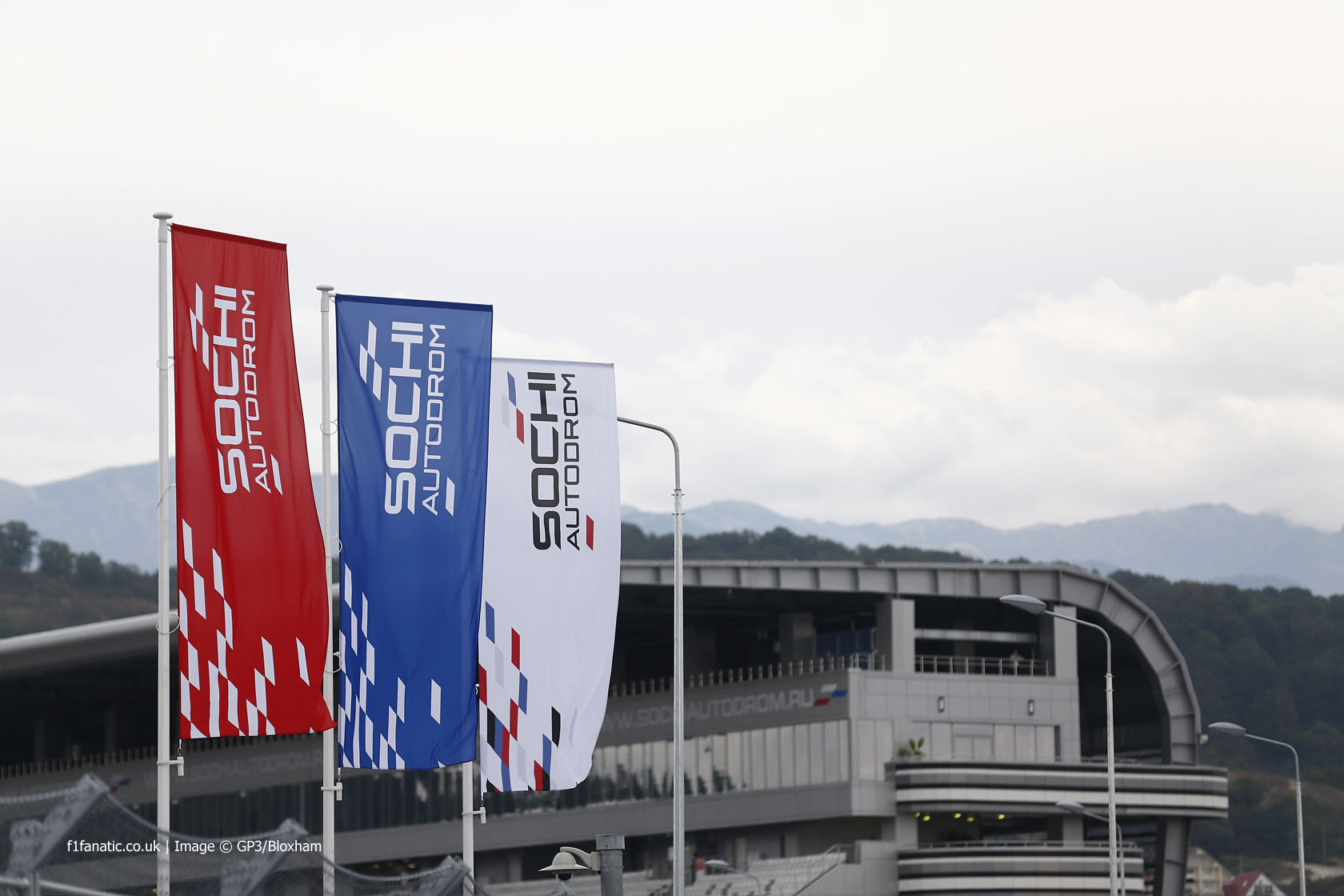 Formula One faces difficult questions as it arrives in Sochi for the first Russian Grand Prix.

Jules Bianchi’s horrific crash in Japan four days ago has rightly thrust the issue of safety to the top of the agenda.

Running an event to F1’s already exacting safety requirements at a new circuit for the first time for the first time is a steep challenge. The organisers of Russia’s inaugural world championship round now have to do that amid fierce media scrutiny of Formula One’s safety standards.

Meanwhile a debate has begun over whether changes should be made to cars, tracks and race procedures to guard against a repeat of Bianchi’s accident.

These are difficult questions of a different kind to the ones Formula One expected to be confronted with when Bernie Ecclestone decided to grant Russia a round of the world championship.

Sochi’s Formula One circuit is laid out on the site which hosted the Winter Olympic games in February this year. The games threw sharp focus on homophobic legislation introduced by Russian president Vladimir Putin the previous June. US president Barack Obama, British prime minister David Cameron, French president Francois Hollande and Canadian prime minister Stephen Harper turned down invitations to the opening ceremony as a result.

Ecclestone threw his support behind Putin’s politics at the time. But as this weekend’s grand prix drew closer, however, he reverted once again to his default position of ‘F1 doesn’t do politics’.

In that time Russia has faced growing international condemnation over its actions in Ukraine. In March it completed its annexation of Crimea, just 300 kilometres from Sochi. In April the World Superbike Championship cancelled its round at the Moscow Raceway due to the Ukraine crisis.

Russia’s continued aggression in Ukraine, and the downing of Malaysia Airlines Flight 17 in July which was widely blamed on pro-Russian separatists (though denied by Putin), led to further calls for this weekend’s race to be cancelled, which Ecclestone resisted.

The United States and European Union imposed a series of escalating sanctions on Russian businesses which have had an effect on racing activities outside of Formula One.

The political questions over F1’s presence in Russia will inevitably be overshadowed by the sport’s recent trauma. But when drivers are risking their lives in the name of competition, it is right to question for whose benefit they are putting themselves in jeopardy.

A grand prix in Russia was an unattractive prospect five days ago, and far less so today.

The Sochi Autodrom is from the standard Hermann Tilke street circuit model with an abundance of slow corners. Historically Red bull’s cars have gone well on tracks of this type, and the RB10 shuold be no exception, particularly as the only two significant straights feature DRS zones.

With Sebastian Vettel no longer mathematically capable of winning the championship, Red Bull may take the opportunity to use team orders to give Daniel Ricciardo some assistance. But lagging 73 points behind behind with 125 available, his hope of arriving at the final race still in contention appears to be a forlorn one. Although both were spared any serious Mercedes reliability gremlins in Japan, they will be especially anxious to avoid any further problems at this crucial moment in the championship. Even missing out on a practice session with a problem at a new circuit like this could put either at a disadvantage.

Ferrari’s record points-scoring streak came to an end at Suzuka, which served to underline the desperate season they are having. They are on course to end the season without a win for the first time since 1993, so it is small wonder the next four races are rumoured to be Fernando Alonso’s last for the team despite still having two years left on his contract. With short corners and fairly short straights, this might just be a circuit where the Lotus E22 has a chance of getting among the points-scorers.

However Pastor Maldonado points out nothing can be taken for granted when racing at a new venue for the first time.

“In the past we saw situations like in Austin where the track was super slippery at the beginning and then session after session we were making improvements of two or three seconds,” he said. “It’s vital to stay on top of everything because parts of the set-up that were working well might hold you back when you go five or six seconds a lap quicker.”

As Maldonado was unable to serve his full ten-place grid penalty for an engine change in Japan, the remainder will be applied this weekend.

Jenson Button put in a timely performance at Suzuka to remind McLaren – and new 2015 engine supplier Honda – of his abilities, as decisions are being made about driver line-ups for 2015. Sergio Perez says it normally takes ten laps for drivers to get used to a new circuit.

“To prepare for a new track I normally walk the track and cycle it a few times,” he said, “Nobody knows the track so it will be the same situation for all of us. We all start from zero.”

Adrian Sutil was at the scene of Bianchi’s crash when it happened, and will need all his reserves of strength to return to the cockpit this weekend.

There will be two Russian drivers in action during the first practice session as Sergey Sirotkin will drive Esteban Gutierrez’s car. With the announcement in Japan that he will be driving for Red Bull next year, this should have been a triumphant homecoming for Daniil Kvyat, but that has understandably been overshadowed by events at Suzuka.

Russia is a vast nation, and Kvyat’s home city of Ufa is 1,500km away from the Black Sea coastal resort of Sochi.

Williams’ latest upgrade showed potential during qualifying at Suzuka, but the FW36 struggled again in wet conditions on race day. However they look increasingly capable of resisting Ferrari’s attempt to take third position in the championship off them.

If the devastated Marussia team can find the strength to field a single car for this weekend’s race, they will surely have every single Formula One fan behind them. They have set up their garage as usual but the extent of their participation is yet to be announced. Under the circumstances it would be no discredit to them if they chose not to take part.

Marussia’s GP3 team has withdrawn from this weekend’s support races, citing “commercial reasons” and denying any connection to events in Japan.

Marcus Ericsson had his best qualifying session of the year at Suzuka on a track he knows well, but spun away his hard-won advantage behind the Safety Car early on. The team will again field Roberto Merhi during first practice.

62 comments on “F1 faces a difficult weekend in Russia”