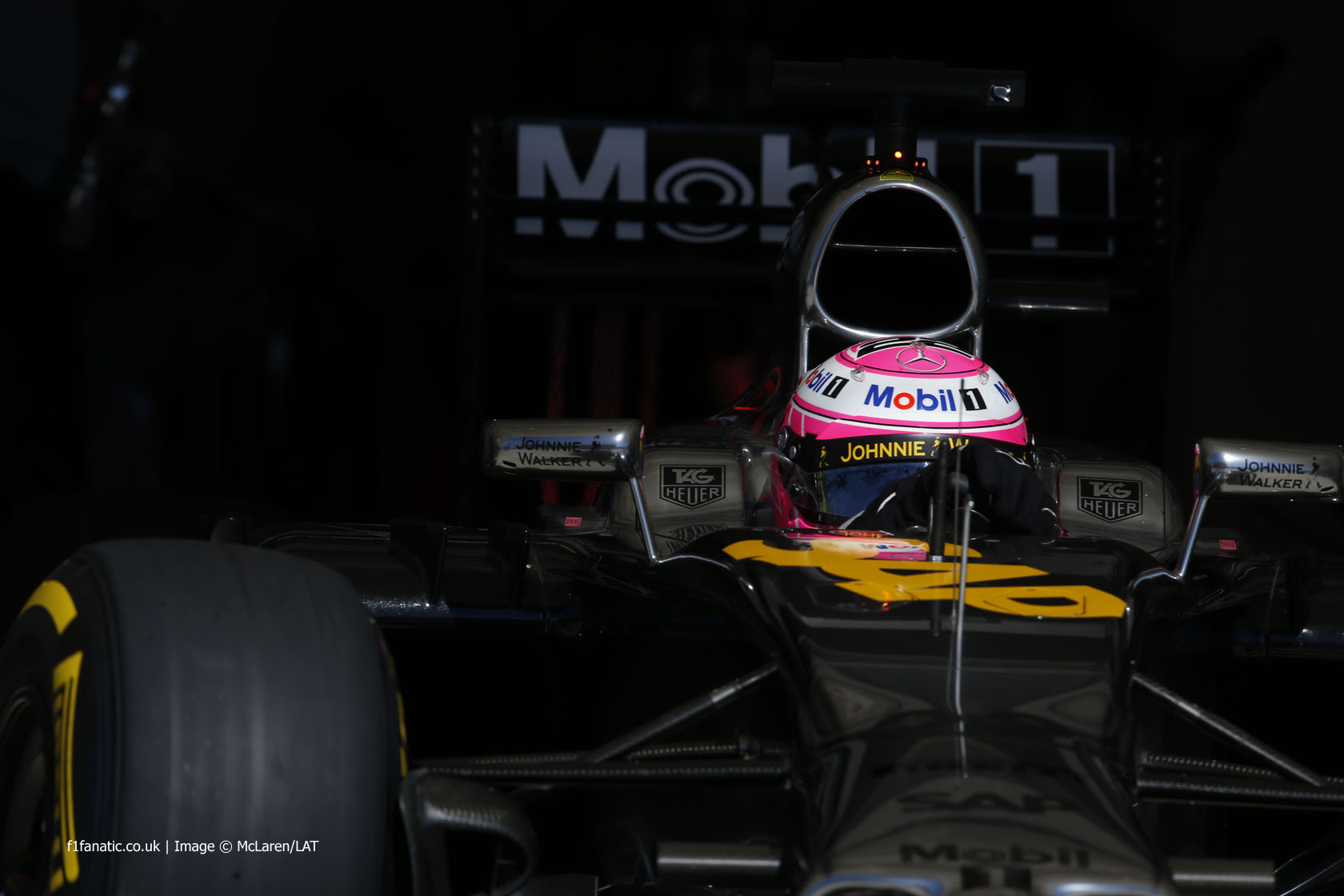 Sebastian Vettel’s late pit stop with just eight laps remaining looked like a mistake but was vindicated by his finishing position.

Jenson Button, who slipped out of the points in the closing stages, ended up wishing his McLaren team had done something similar.

Button was running ninth, five seconds behind seventh-placed Vettel when the Red Bull driver made his final pit stop. Vettel had reported vibrations on his tyres and poor rear grip but told his team he should only pit if it would help him finished ahead of the Button and Kevin Magnussen, who was between them.

“It depends in which shape the McLarens are in,” Vettel pointed out on the radio, “if they are the ones we are fighting.”

“Exactly the same as us,” advised race engineer Guillaume Rocquelin. “They pitted one lap and two laps later respectively.”

Vettel fell seven places to fourteenth after his pit stop, but with a tyre performance advantage he made short work of the cars in front of him. By the penultimate lap he was back up to seventh place, and he set the fastest lap of the race as he closed to within half a second of Fernando Alonso at the flag.

Meanwhile Button, who dropped to 12th at the finish, was left wishing he’d done the same as the Red Bull driver. “I think we should have maybe followed Vettel in,” he said on the radio. “They seemed to be pretty good at getting it right.”