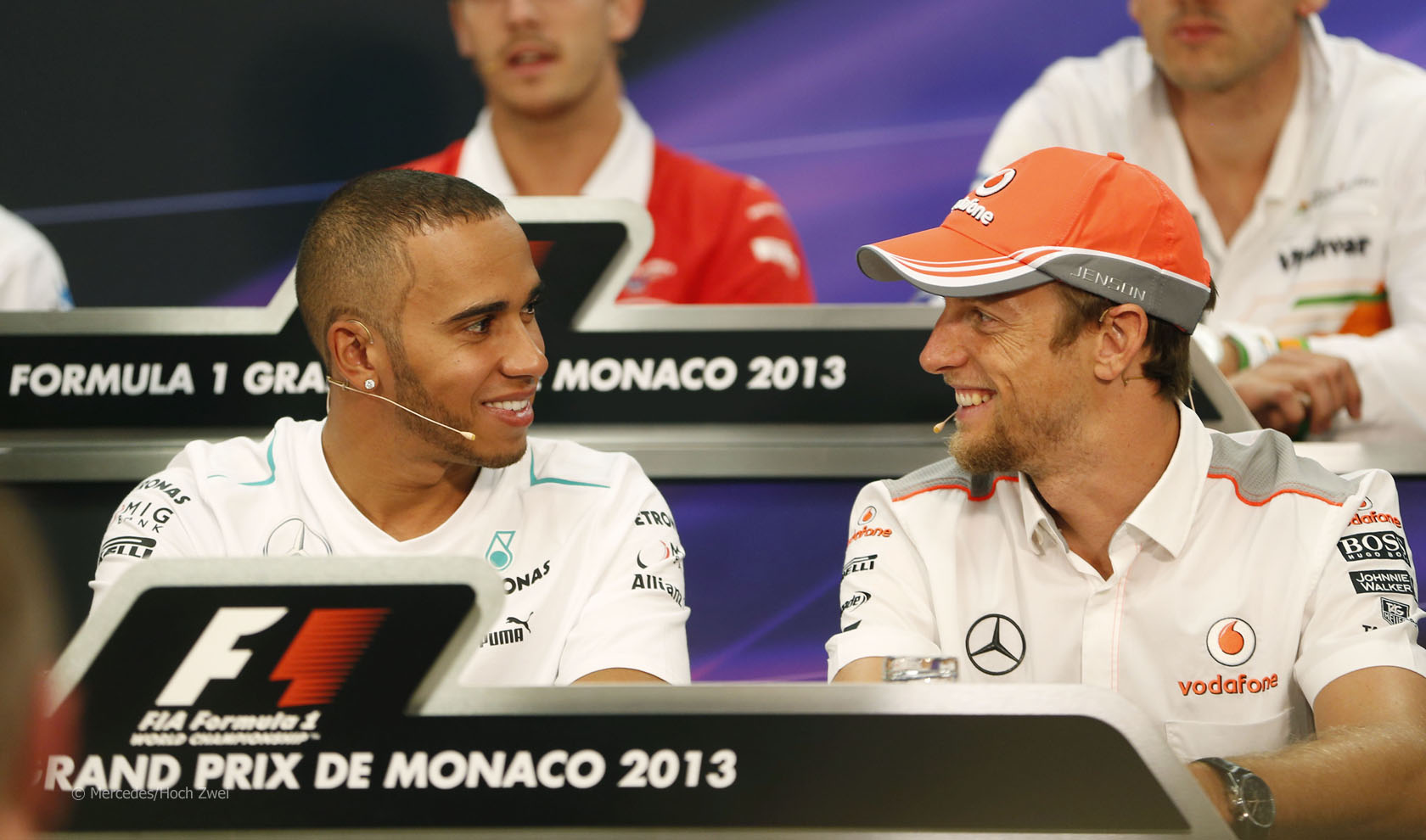 In the round-up: Lewis Hamilton defends his former team mate Jenson Button amid doubt over Button’s future at McLaren.

“Jenson is better than most drivers here. He’s a great driver. So it doesn’t correlate. If I had a team I would want him in it. He’s a great asset for any team.”

Button could walk even if McLaren offer him deal

“There are so many other challenges out there you don’t open your eyes to until you think it might possibly be the end of your Formula One career. You’ve got tunnel vision when you’re in F1.”

“Button, 34, has waited for months in the hope that his rookie team-mate Kevin Magnussen would be the one to make way if Alonso signed but McLaren principal Eric Boullier believes that 22-year-old Magnussen will complement Alonso better than Button.”

“Despite appearing on the list, it is understood that both teams will still have to prove that they are capable of competing satisfactorily for an entire season if they are to secure their places on the grid.”

“The politics and the fiscal issues should be dealt with behind closed doors, with the commercial rights holder, and get sorted.”

Is Formula One running out of gas? (CNN)

“I was speaking to my engineers the day before and we were planning for Friday practice in Austin, what parts to test, and then the news came. I didn’t see it coming.”

“Every season that you don’t win the championship … I’ve only won one and you can more or less forget the rest. You are here to try to win races and the championship and when you don’t manage to do that championship you have failed every time. Finishing second or 20th makes not much difference.”

“After long talks with the team we didn’t reach an agreement.”

“Put to her that she appeared to have at least three racers on her books for 2015, Kaltenborn replied: ‘No, we have announced our two drivers. I’m not aware that next year more than two cars would be used.'”

Nico Hulkenberg will revert to using an earlier engine after his fifth power unit was damaged in America.

Fernando [Alonso] is the most complete single-seater driver in the world. He has amazing versatility and has proved himself over several sets of regulations. Considering how hard he races, he also produces the fewest mistakes by far.”

.@McLarenF1 increasingly ludicrous over driver futures. Unbecoming of team of their heritage; no way to treat a driver like @JensonButton.

No news I can share with you guys about my future yet. #Alwaysbettertohearitfromthehorsesmouth #JB22 let's have some fun this weekend guys!!

“@LukeEtheridge95: @JensonButton Because you've got no news, or you aren't allowed to say anything yet?” Haha!

The Sauber/Sutil situation can be compared with Marussia/Glock – if we keep you we can't afford to carry on, so we have to sell your seat

Busy day today as you can imagine with all the questions about my future! Now it's time to forget about the past and the future and focus…

How @LewisHamilton and @nico_rosberg can score the same results in the final races with different outcomes: #F1 pic.twitter.com/Q53OvR9PCy

Does double points make it impossible for Rosberg to be considered a deserving champion? PeterG doesn’t think so:

I don’t like double points but regardless whoever scores the most points will be a deserving champion in my book.

Hamilton has won more races, He has been the faster of the two through the season but F1 and motor racing in general is not 100% about those things, Its about who scores the most points over a season.

It’s also not as if Rosberg hasn’t been quick or consistent, He’s racked up the points, He’s been second, what, ten times or something and has driven a good season so regardless of how he was to win it, If he was to win the title he’d be a deserving champion.

It could also be worse, we could be dealing with that ridiculous system NASCAR has implemented this year. I don’t even see how you can class NASCAR as a real championship any more let alone there ‘champion’ been a real champion as he didn’t even need to have scored the most points over a season. In fact the full season doesn’t really matter over there as everything is reset for the final races.
PeterG

Criticism over F1’s controversial races in Russia and Bahrain has prompted Bernie Ecclestone to insist on more than one occasion that ‘F1 doesn’t do politics’.

However Ecclestone has tried to take credit for using Formula One for political reason when he believes it reflects positively on him, such as on this occasion in 2008, though his line of argument was decidedly suspect: