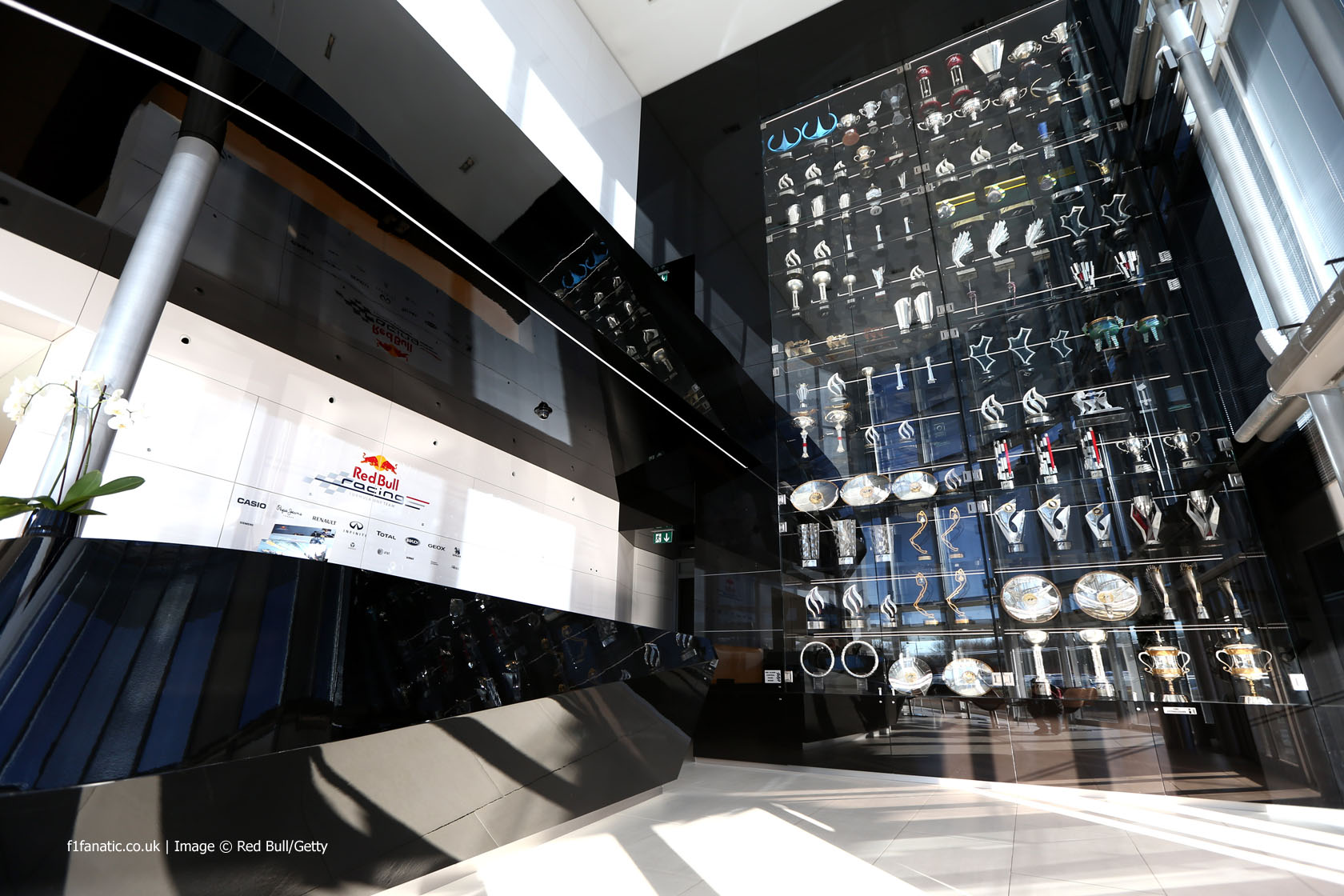 Over 60 trophies were stolen from the factory of Red Bull’s Formula One team in Milton Keynes in the early hours of this morning.

Team principal Christian Horner said the team were “devastated” by what he called a “serious factory break in”.

Thames Valley Police said a group of six masked men in dark clothing used a 4×4 vehicle to smash into the front of the factory at 1:30am. A second vehicle was used also in the break-in, and both had foreign number plates.

“The break-in caused significant damage and was very upsetting for our night officers who were on duty at the time,” said Horner. “The offenders took items that not only did not belong to them, but which represented the efforts of a group of dedicated, hard-working individuals.”

Horner added the team were “perplexed” at the theft. “The value to the team is of course extraordinarily high due to the sheer hard work and effort that went into winning each and every one,” he said.

“But their intrinsic value is low; they would be of little benefit to those outside of the team and, in addition to that, many of the trophies on display were replicas.”

Horner added: “The actions of these men mean it’s likely that we will have to make our site less accessible in the future, which will be unfair on the hundreds of fans that travel to visit our factory each year to see our trophies and our Formula One car.”

“We would like to appeal to anyone who knows any information on the whereabouts of these trophies or the offenders involved to contact Thames Valley Police.”

82 comments on “Red Bull “devastated” by theft of 60 trophies”