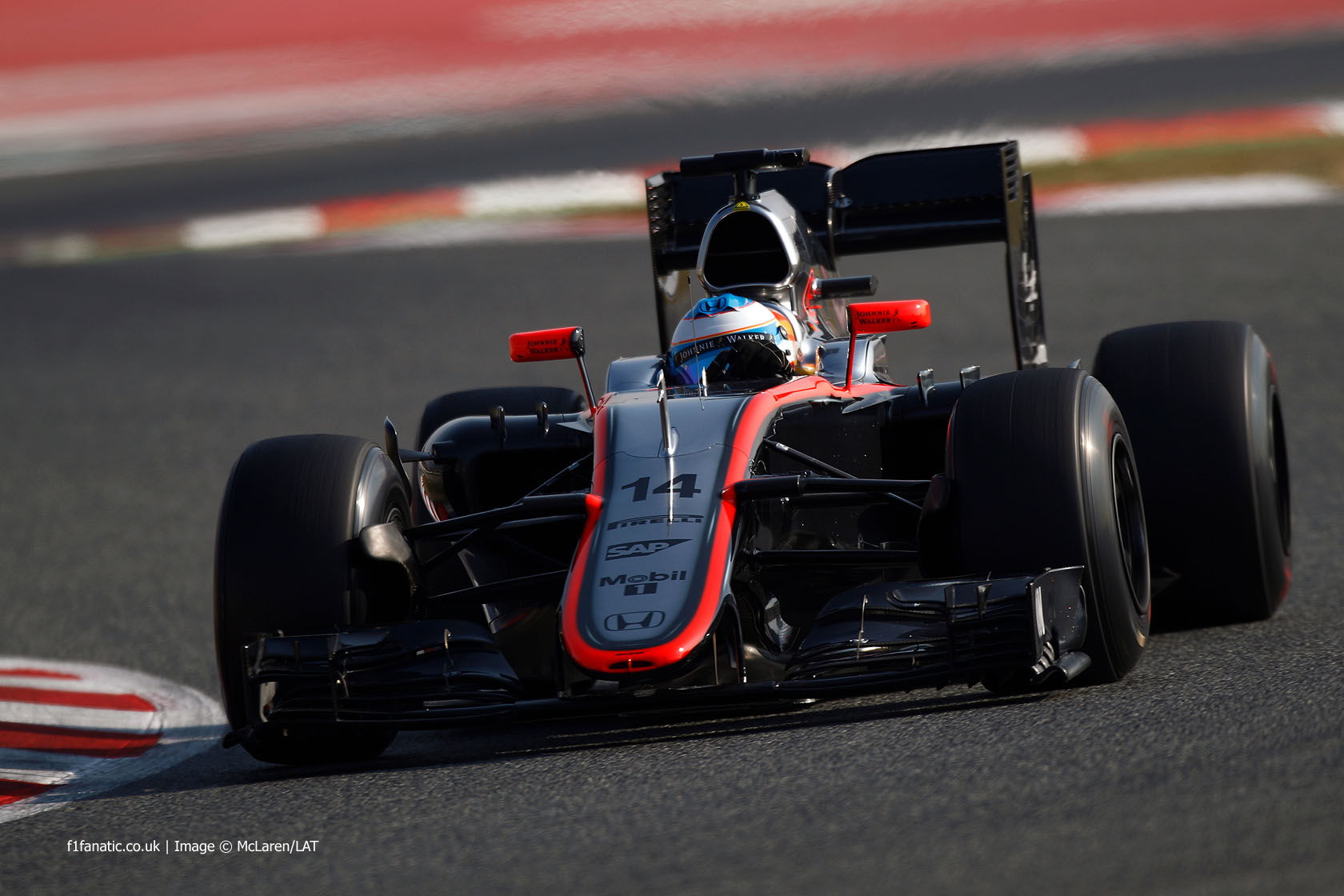 Fernando Alonso has been taken to hospital following a crash on the final day of the second test at the Circuit de Catalunya.

The McLaren driver’s car struck a wall at the fast turn three of the Spanish Grand Prix track.

The team has issued the following statement:

“Today at 12:35 CET, while testing at the Circuit de Catalunya (Barcelona), during the fourth and final day of the current test, Fernando Alonso’s McLaren-Honda car left the track at Turn Three, causing the right-hand side of his car to strike the wall.

“Fernando was driven to the circuit’s Medical Centre where the circuit’s doctors gave him first aid. He was conscious and spoke with the doctors.

“However, as per usual procedure in such circumstances, he was then airlifted to hospital where he is undergoing precautionary checks.

“We will issue a further update in due course.”

42 comments on “Alonso taken to hospital after test crash”