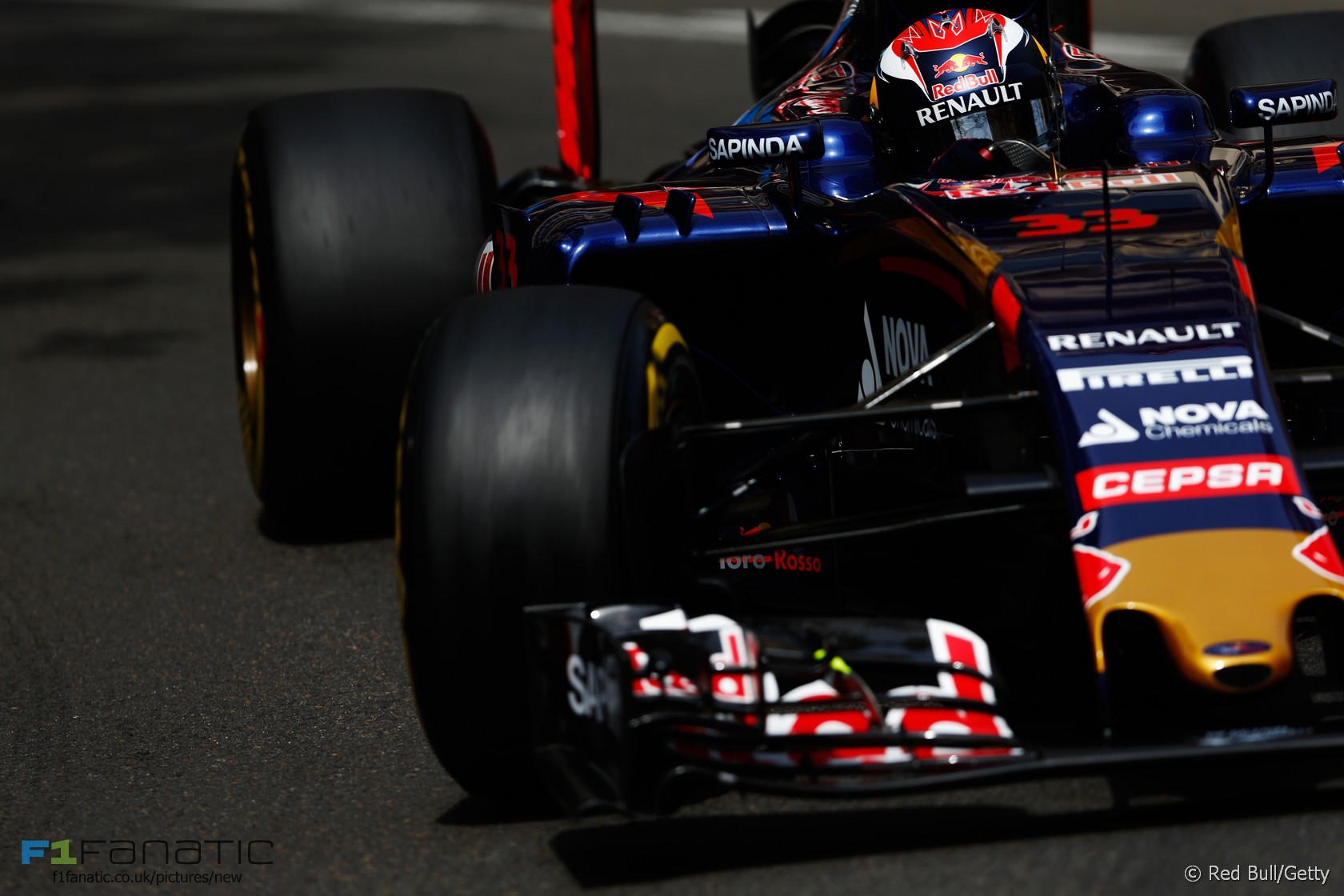 The Toro Rosso driver hit the back of Grosjean’s car while trying to overtaking him. Verstappen was uninjured in the crash, which tore a wheel off his car and caused a heavy impact with the barrier at Sainte Devote.

However he said he was not making an attempt to pass Grosjean at the time of the accident.

“It wasn’t really a move in my vision because the lap before I braked already on the same spot as where I crashed, but you could see when I crashed the car in front of me just really braked earlier,” Verstappen said to reporters after the race.

“If you are going that speed and you are quite close to each other you can’t do anything, you don’t expect them to brake there. I tried to avoid it, really caught me by surprise.”

Verstappen was attempting to get back into the points having been delayed by a problem at a pit stop earlier in the race.

“On the super-soft we had great pace,” he said. “We had to overtake [Pastor] Maldonado and I lost some seconds to [Sergio] Perez but I closed that up and even compared to the guys in front I was showing great pace.”

“Then we had a little fuss in the pit stops, I lost 20 seconds there. And then it’s very hard at Monaco to get that back. So we pitted again for another super-soft set and from there on was just flying.

“I [caught] up with Sebastian [Vettel] and Nico [Rosberg] in front of me and I just decided to stay behind them because they were catching up to cars in front so I also had a chance to overtake them a bit easier.”