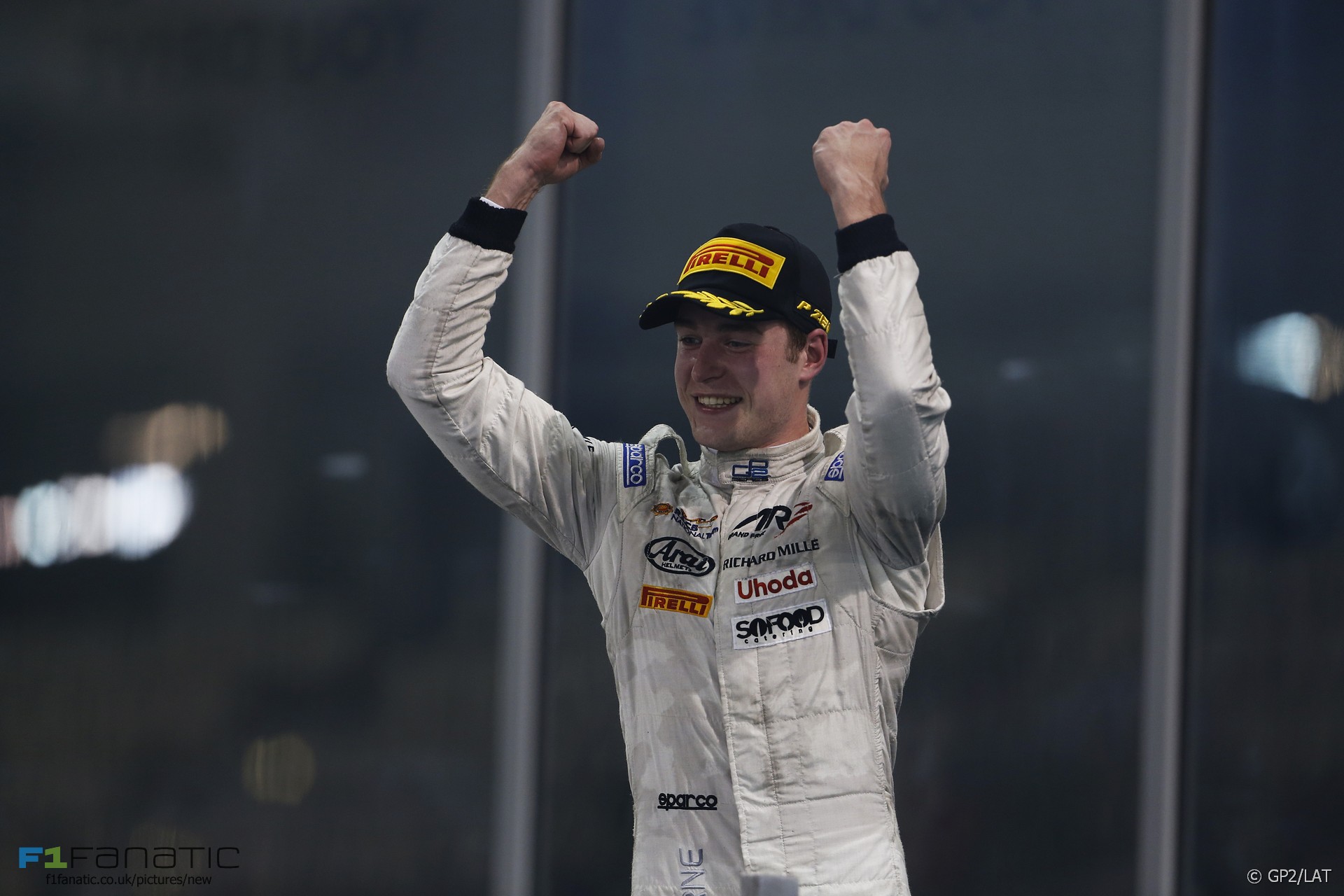 Vandoorne won the title last month with four races to spare, and by the time the season ended last weekend he had taken more wins, points and podium finishers than any of his predecessors, among which are Lewis Hamilton, Nico Rosberg, Nico Hulkenberg and Pastor Maldonado.

Vandoorne finished second in his rookie season in the championship last year. He became champion having begun the year with fewer prior starts than any eventual champion since Hulkenberg won the title as a rookie in 2009.

But with both Fernando Alonso and Jenson Button under contract for McLaren’s race team in 2016 there is no immediate opportunity for Vandoorne to move into F1 unless last weekend’s rumours of a sabbatical for Alonso turn out to be true.

44 comments on “Vandoorne is GP2’s most dominant champion yet”