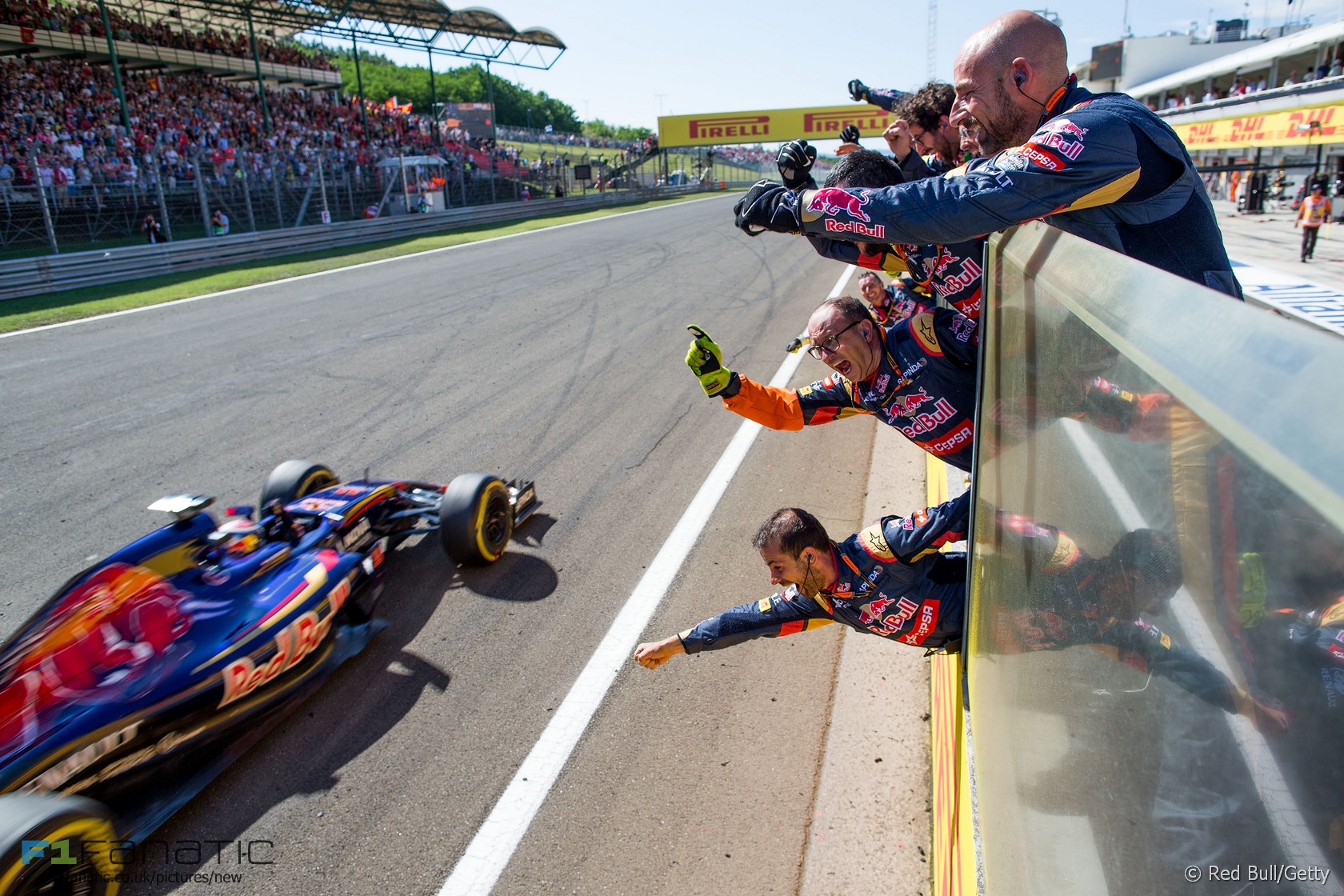 When Toro Rosso’s Team Principal unveiled the new STR10 in front of a crowded Jerez pitlane in January with the youngest ever driver line-up in the history of the sport at his side, he delivered a refreshingly bold and ambitious assessment of his team’s prospects for the year ahead.

“I am convinced that this will be the best car we have ever built at Toro Rosso so far,” Franz Tost declared. “The aim is to finish fifth place in the constructor’s championship and this means the drivers must be permanently in the points.”

Eleven months and 19 races later and while the team may have failed to live up to their own targets with 67 points securing only seventh in the championship, Toro Rosso had undoubtedly succeeded in fulfilling their raison d’etre – to produce exceptional racing talent for the Red Bull empire.

In Carlos Sainz Jnr and Max Verstappen, Toro Rosso have two of the most exciting young drivers the sport has seen in recent times at their disposal. The two latest products of the Red Bull driver development programme demonstrated throughout their rookie seasons that they both have the potential to eclipse the achievements of their two famous racing fathers.

Under the most intense media spotlight a rookie driver has arguably had to face since Lewis Hamilton, Verstappen produced the kinds of performances that a 17-year-old really had no right to pull off in motorsport’s premier category. Perhaps more impressive than his fourth places in Hungary and Austin was his ability to make a number of high-risk overtakes stick that many drivers far older and more experienced than he lack the awareness and judgement to themselves.

Sainz, while not attracting quite as much attention as his team mate, shone just as bright when opportunity presented itself.

A brilliant debut in Australia saw him qualify eighth and only a brief electrical glitch prevented him from taking seventh in his first grand prix. A late charge to ninth in Spain after qualifying a stunning fifth and a wild recovery drive to seventh in Austin after crashing out of Q1 further demonstrated Sainz Jr’s raw natural talent.

But neither driver would have been able to impress as much as they did had it not been for the fact they often had a genuinely quick car at their disposal. Verstappen made use of the STR10’s formidable one-lap performance to reach the final qualifying session in just over half of the races, while there were only six weekends in the entire year when the team failed to score any points at all.

Despite their talented young drivers and decent pace, Toro Rosso’s efforts were regularly undermined by their unreliable and underperforming Renault engine. In a year in which Red Bull’s relationship with Renault faced its greatest challenges, it was their junior wing that bore the brunt of the reliability and performance problems that plagued both teams.

Verstappen exceeded his four power unit component allocations as early as the seventh race of the season in Canada, while Sainz had more reason than any other driver on the grid to feel aggrieved, after being forced into retirement due to mechanical issues on seven occasions during the year. Overall, the team amassed close to 80 total engine-related grid place penalties over the season.

While Red Bull’s Christian Horner did not shy away from public criticism of his team’s engine supplier, Franz Tost opted for a more subtle approach.

“The aerodynamics are working very well and in some of the high speed corners it has been proved that the car is almost as good and sometimes even equal to the Mercedes,” he said following Verstappen’s fourth place finish in Hungary. In other words, ‘the car is good, if only the engine was too…’.

Regardless of whether or not the STR10 really was comparable to the dominating Mercedes, it would be hard not to blame the team for feeling frustrated when they look back over the fruits of their tenth season as Red Bull’s junior outfit. But while they failed to achieve their team principal’s pre-season target, they will at least head into the winter knowing they did everything in their power to do so.