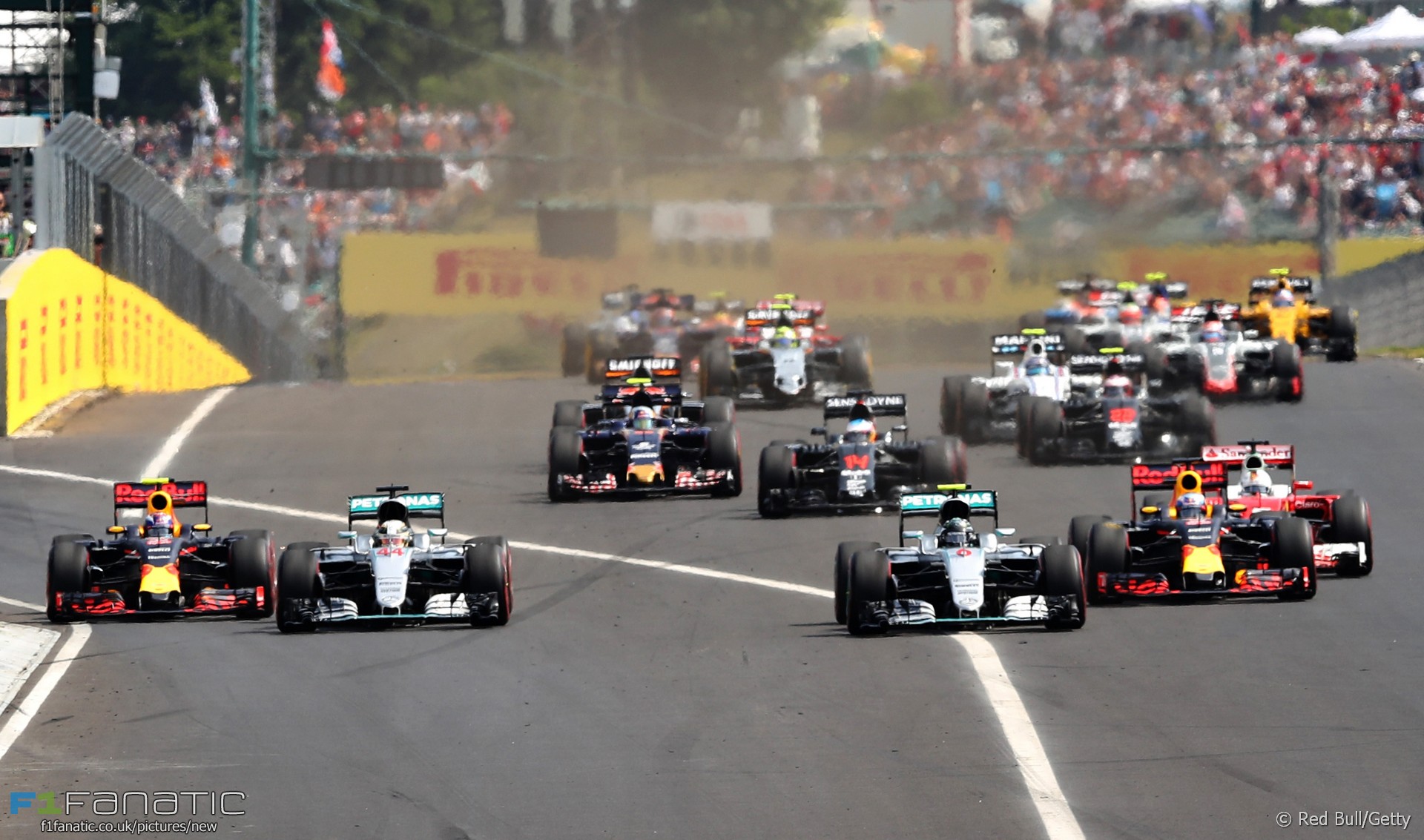 Formula One is back in Germany and ten teams will again face the daunting task of trying to keep up with home favourites Mercedes.

Who will get closest? Here’s how the teams line up ahead of this weekend’s race.

The importance of the German Grand Prix to Mercedes is obvious: parent company Daimler employs 280,000 people and many of them will be at the track to see if the silver cars can produce another one-two.

They managed it last time out in Hungary but surprisingly it was only the third perfect result for the team so far this year, half as many as they managed over the same period last year. That’s far from a disaster but it points to the fact the opposition are gradually closing in and the silver cars still have troublesome reliability problems.

However in sheer performance terms Mercedes appears to have eked out a little more ground over their closest rivals recently, particularly with new aerodynamic parts added at Silverstone.

At Silverstone Maurizio Arrivabene confidently asserted that Red Bull is not ahead of his team yet. But there’s little in it now: just one point between them after the last race.

Making matters worse the team yesterday confirmed the departure of its top technical figure James Allison. This may well be more to do with personal circumstances than the disappointing performance of the SF16-H, but it remains a significant setback for the team which ousted many technical figures at the end of 2014.

The Hockenheimring has been a good track for them in the past: they’ve won five of the nine races on the new layout. But just keeping the Red Bulls behind will be a result this weekend.

Over the last half-dozen races Williams have scored less than half as many points as Force India, who are bearing down on them rapidly in the championship. They can ill-afford a repeat of Felipe Massa’s qualifying crash at the Hungaroring this weekend.

Valtteri Bottas took a career-best second place at this track in 2014, resisting a recovering Lewis Hamilton. But it’s hard to see the FW38 chassis competing on merit for a podium this weekend.

There’s plenty about the Hockenheimring the RB12 chassis should like, with the exception of the 1.2-kilometre straight where its claimed 47bhp power deficit to Mercedes will be exposed.

Max Verstappen hasn’t driven an F1 car at the Hockenheimring before but he scored his first Formula Three victory at the track in 2014.

Curiously, Force India is the only team to have selected three sets of the medium compound tyre for this race. No other team has opted for more than the mandatory single set.

This is a team which more than any other has made a virtue of running the harder tyre for longer in the race. Are they eyeing the possibility of running a one-stop strategy on Sunday? Keep an eye on Sergio Perez trying this, especially if he doesn’t make the cut for Q3, something his team mate has done more regularly this year.

This weekend could be their last opportunity to get a decent result for a couple of races as their 2015-specification Ferrari engine will be more of a hindrance at the next two tracks.

While Carlos Sainz Jnr continues to impress speculation in the Russian media has focused on whether Daniil Kvyat will keep his place in the team. Junior driver Pierre Gasly has finally found his form in GP2 which may give Red Bull all the justification they need to make the change.

Although the team weren’t back in the points at the Hungaroring Jolyon Palmer came close and there are clear signs they’re beginning to find their way with the RS16.

“We have found quite a lot of this pace in the car both from new components and from different approaches to set-up,” explained technical director Nick Chester. “We learnt a lot at the Silverstone test and this is filtering through.”

“We’re certainly getting a better balance with the car to use the tyres more efficiently and we’re also making improvements in low-speed and medium-speed corners. The race pace showed that FP3 was not an illusion.”

But inevitably the team is already concentrating much of its efforts on next year’s car given the upcoming rules changes.

The arrival of new investment announced recently will be welcome. But even so the team can ill-afford the amount of damage Marcus Ericsson has caused with two heavy crashes in as many race weekends, both of which required pre-race chassis changes.

The team have finished in the points in more than half of the races so far – a significant improvement on last year. However the following races at Spa and Monza are likely to be tough for them, so they need to make hay this weekend.

Despite speculation that he would lose his seat because his backing has run out, Rio Haryanto will remain at the wheel of the Manor this weekend.

Pascal Wehrlein will not only enjoy getting to race at home for the first time, but also being on a track he knows very well from his DTM career.

Romain Grosjean was very unhappy about how quickly his tyres went off at the Hungaroring. The same selection will be available here but the Hockenheimring is a more punishing circuit for the rubber, so Haas will again need to pay careful attention to how they treat their tyres.

Meanwhile Esteban Gutierrez will continue his search for his first point of the year.