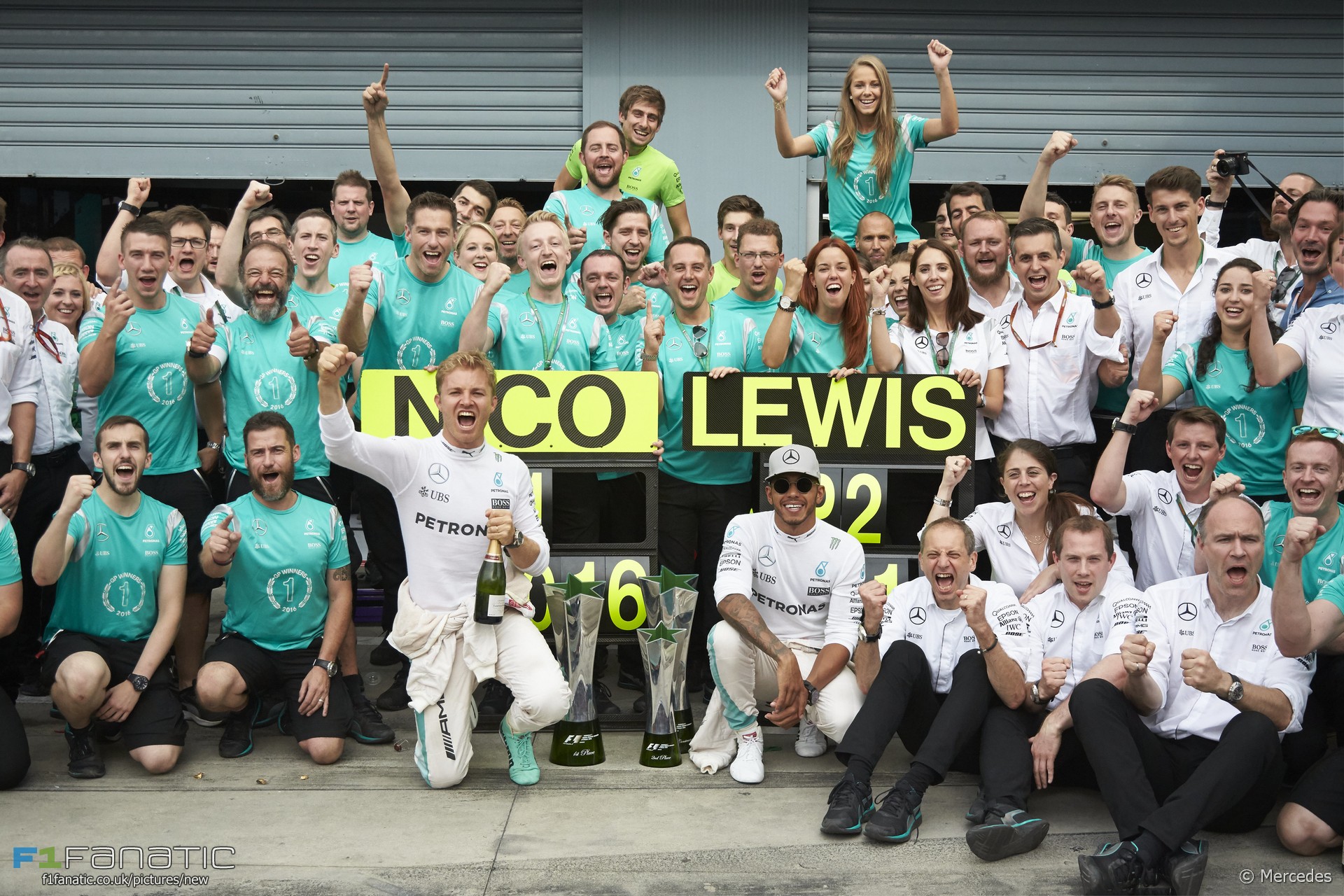 In the round-up: Lewis Hamilton says the exchange of mechanics between his side of the garage and Nico Rosberg’s at the beginning of the season had a psychological effect on him.

"It is just all-round psychologically. If something changes when it doesn't really need to be changed, it can have all sorts of effects."

"This year I have had a lot more problems than in any of the other battles I have had in the championship."

"He is very fast. He is very competitive inside the car, always and in all conditions, but outside the car as well he is a very nice guy, a true gentleman, and also very committed to the sport."

Kevin Magnussen Q&A: I’ve done all I can to retain Renault seat (F1)

"Red Bull is also lucky to have an engine manufacturer behind them who is clearly going to deliver in the future. There are things in the pipeline that will really perform well."

"Stroll is on a similar programme to the one that Valtteri Bottas completed to prepare him for his F1 debut."

"Singapore was much tougher than we thought. It reminded us that our car is very difficult over the bumps and street circuits this year generally haven't been very kind to us."

Verstappen wants to move on from start issues (Crash)

"(We did) a lot of work after Singapore. One bad start, okay, two starts, it is getting to the limit, but three in a row is not great."

"Looking at the wider picture of this year, I think the title battle will go all the way to the final race, which will be great for Formula One. It’s going to be tight, I can’t tell who will win between Lewis and Nico."

"Expect record rates of employee attrition over the course of the year, and yet more divorces than we've seen in years past."

"F1 teams say that their simulations showed an improvement of around three seconds a lap due to the changes and the GP2 experience would seem to bear that out, perhaps even under rate that."

Kingfisher has now turned out to be a 'nightmare': Vijay Mallya (The Times of India)

"'The business (of Kingfisher Airlines) failed due to high fuel prices, due to adverse government policies by taxation and of course the failure of aviation engines,' he said in a video message to shareholders here at the 100th Annual General Meeting of United Breweries Holding Limited (UBHL)."

Malaysian Grand Prix: Why An Early Bet On The 2017 Formula One Champion Could Pay Off (Unibet)

Turns out the bitumen used in the resurfacing of Sepang was from Shell. But the race is sponsored by Petronas… #ohtheirony #F1

How low does an engine sit in an #F1 car? This low… #Renault #ParisMotorShow pic.twitter.com/PB2UULfbR1

Jay is pessimistic about Ferrari’s chances next year:

I could be wrong, but Vettel’s time at Ferrari could end like Alonso’s. The signs are ominous.

Funnily enough, Ferrari actually seemed to be a more cohesive unit from 2010 to 2013 compared to now. They used to make the most out of their situation more often than not in those days. They seem to have lost their a little more than usual these days.

I think Ferrari have proven that they don’t have a bad car however, quite surprisingly, they’ve failed to maximise their potential on Sundays for the most part of the season. OK, they’ve had bad luck thrown in the mix, but some of the decisions made have questionable.

They’ve been in a constant state of transition since Stefano Domeniciali left, and they still don’t appear to have a solid foundation. With a meddlesome, trigger-happy chairman in charge, I doubt Ferrari will win again anytime soon.

Inability to bed down sound strategy and perform efficiently in the pits on regular basis as they have recently shown, isn’t exactly what you call the foundations of a winning machine.

I predict McLaren will finish ahead of Ferrari in next year’s constructors’ championship.
Jay Menon (@Jaymenon10)

Mika Hakkinen took his final grand prix win at Indianapolis on this day in 2001. Like Jenson Button today, Hakkinen had announced he would not race in the upcoming season but may race the year after. In the event, however Hakkinen did not return.

24 comments on “Change of mechanics had psychological impact – Hamilton”