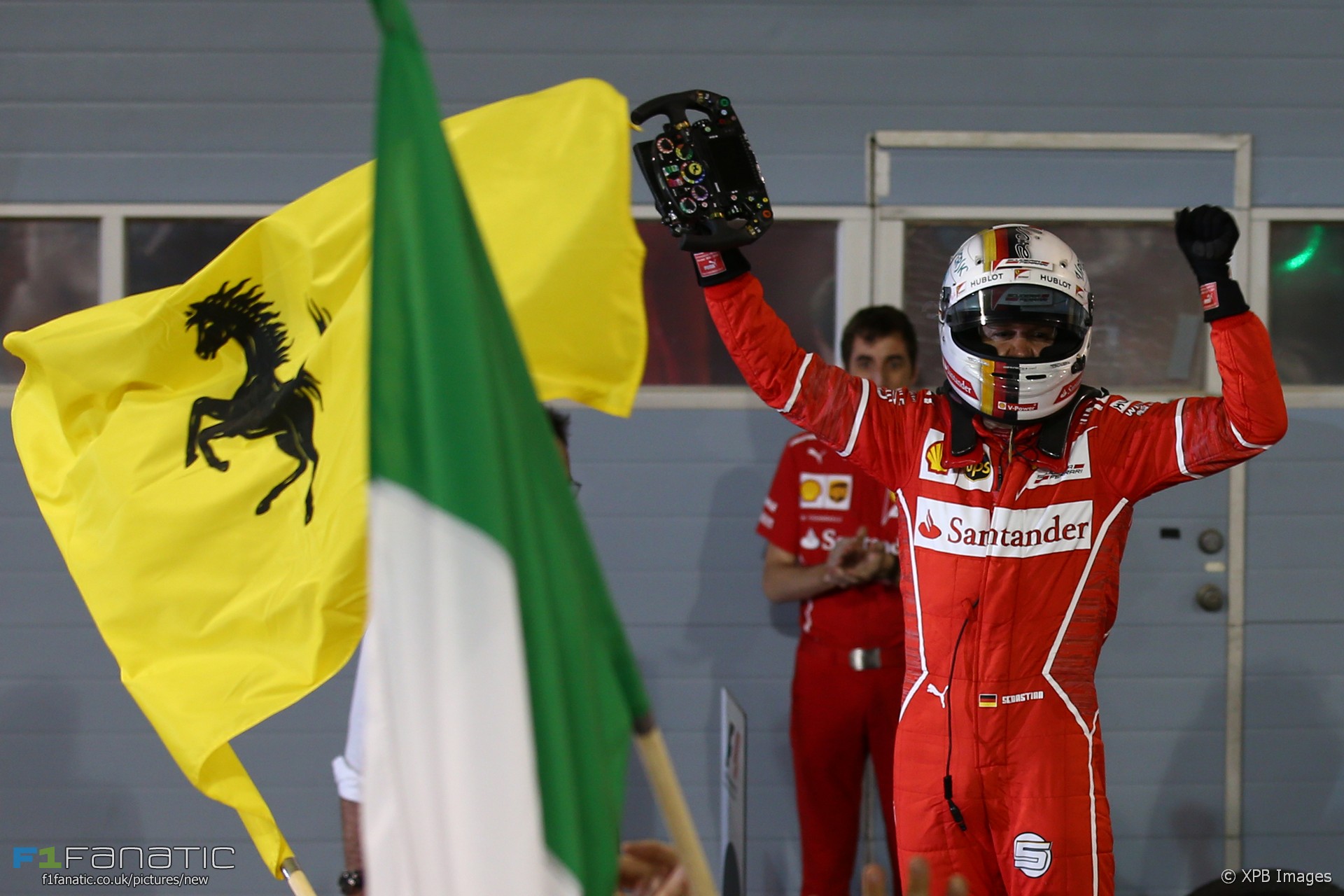 Ferrari’s second victory of 2017 proves the team can compete for the world championship, according to the team’s president.

“More importantly, however, we are now completely confident that our victory in Melbourne wasn’t just a one-off and that we will be at the forefront of this World Championship until the last.”

“We finally have a competitive car to count on and it is important to recognise the speed with which we implemented the developments demanded for each new race. All this is the fruit of superb work at the track and in Maranello, so my compliments not just to Seb for his achievements in Bahrain, but also to the whole team.”

As in Australia the two Mercedes drivers completed the podium ahead of the second Ferrari of Kimi Raikkonen.

“Congratulations to Kimi too on a good race,” Marchionne added.

“That said, we are well aware we have a long road ahead and know that if we want to get to the most important finish-line of all, we cannot stint on our commitment and focus for a second.”

Vettel now leads the drivers’ championship by seven points from Lewis Hamilton. Ferrari is also ahead in the constructors’ championship standings with a three-point margin over Mercedes.

The last time a Ferrari driver went into the final round of the championship with a chance to win the title was in 2012, when Fernando Alonso finished second to Vettel, who was driving for Red Bull at the time.