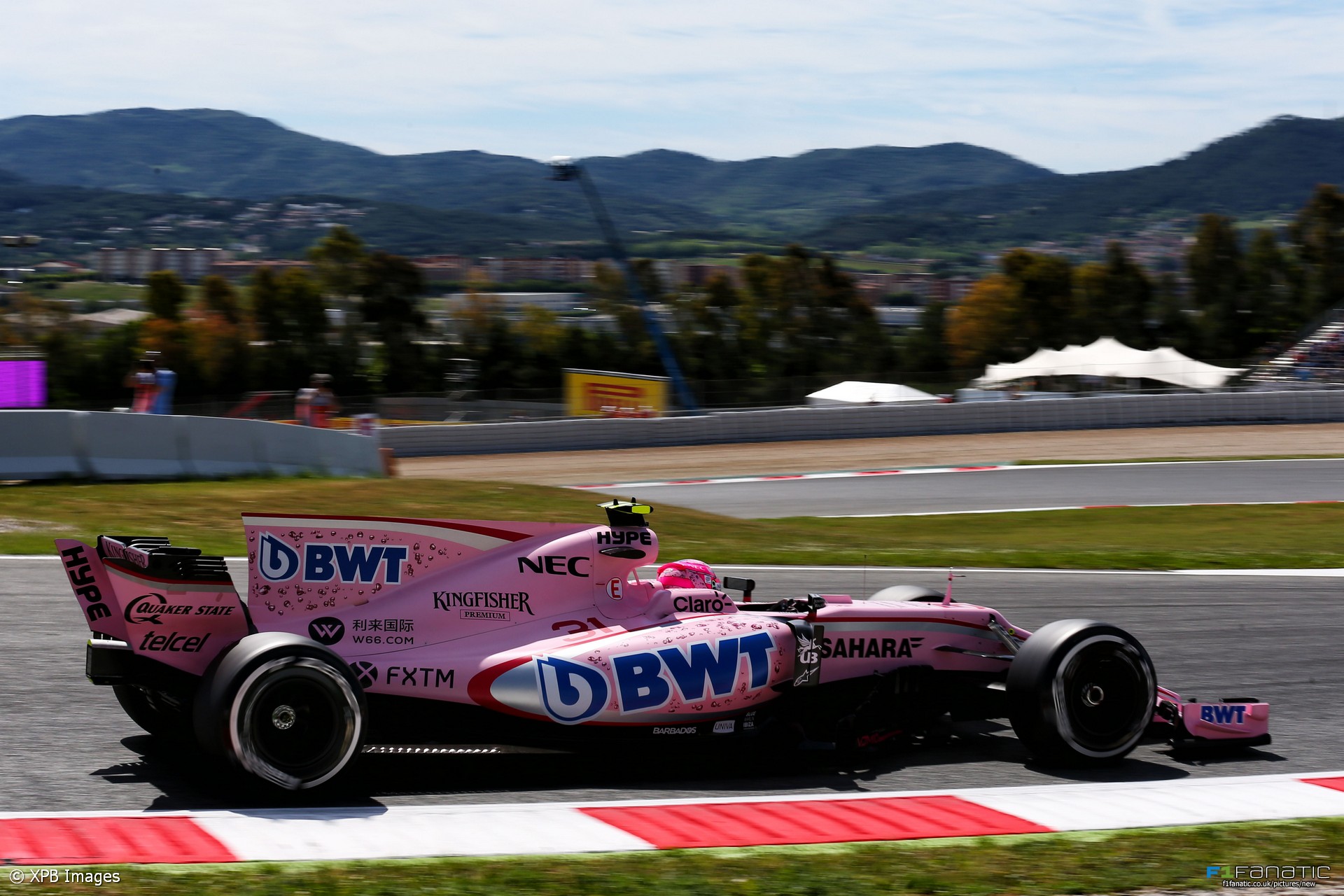 Sebastian Vettel wasn’t the only driver frustrated by his qualifying effort – Esteban Ocon made a mistake with his DRS.

The DRS zone was extended ahead of final practice.

“So you were late on DRS both times. One hundred metres earlier.”
Ocon: “Copy that.”

Perez: “I lacked a lot of front end.”
“Checo, suspension is still coming up so suspension one more cool and one more push lap. Esteban 24.7, particularly found a lot in the third sector. Your first sector was better than your previous lap. What we see if you’re braking quite early in turn ten and maybe carrying too much at 14.”

“OK Lance two green sectors there, sector one and sector two. Try again?”
Stroll: “I think so. The grip is staying pretty consistent.”

After a frustrating Friday, Fernando Alonso was able to completed more meaningful running.

Alonso: “Better now but last corner a lot of push.”
“OK understood, we’ll look at the data. How do you feel about the balance? Do you want a front wing adjust.”
Alonso: “Yes I think we will try less. Maybe something like one hole and a half less.”
“OK understood we’ll go down one and a half turns.”

To Ericsson: “Compared to Pascal again minimum speeds seems like you’re braking a bit too much at most of the braking. But especially turn one, turn seven and turn twelve again.”

A late drama almost forced Sebastian Vettel out of qualifying.

“Slow down, slow.”
Vettel: “Yeah, copy that.”
“Stop the car, stop the car now.”
Vettel: “You sure?”
“Stand by. Box Sebastian, try to reach the box.”
Vettel: “OK. Let me know on traffic. I think you saw the issue.”
“Yeah, saw that.”
Vettel: “Let me know if you want higher gear, lower gear, higher or lower revs.”
“We are fine. Driver default Charlie five zero.”
Vettel: “Seems better now. Let me know.”
“OK, that’s fine for us, you can push.”

“Too much rear locking, maybe?”
Grosjean: “No it’s not… whatever.”

“This lap you had headwind turn ten, 2.5. How was this lap?”
Sainz: “Yeah not bad. Some gusts of wind on the main straight, doesn’t give you a lot of confidence when you brake into turn one and four. But the balance is there.”
“Understood.”

“How’d you feel about your lap, question? Looks like the track might be a bit slower than we expected.”
Ricciardo: “Yeah I can improve first two sectors.”

Alonso: “Lap was good, hopefully we don’t need to run.”

“So we are through to Q2.
Massa: “Very difficult grip, man. Struggling a lot to make the tyres work. Very tricky. Fortunate because it was very difficult.”

Alonso surprised Kevin Magnussen by beating him to Q3.

Ocon: “We have to cope with the track improvement. I picked up understeer.”
“Copy that. Do you want to come up with front wing?”
Ocon: “Yes.”

“P12 Carlos.”
Sainz: “Yeah I’m sorry to say this but there’s not more than this. We did the maximum we could with this. Good job on the car.”

Hulkenberg: “Ah [censored by FOM]. Well that was a pretty sweet lap.”

Magnussen: “Is anyone behind me on a lap?”
“No because it’s an in-lap for Perez.”
Magnussen: “Ah [censored by FOM] Alonso, he came in front. Sorry guys.”

Vettel was furious at himself for missing out on pole position but he wasn’t the only driver to make a costly error.

“Nice lap Fernando we’re definitely in front of Ocon. We are P7. Fantastic all through quali.”
Alonso: “Well done guys, thank you.”