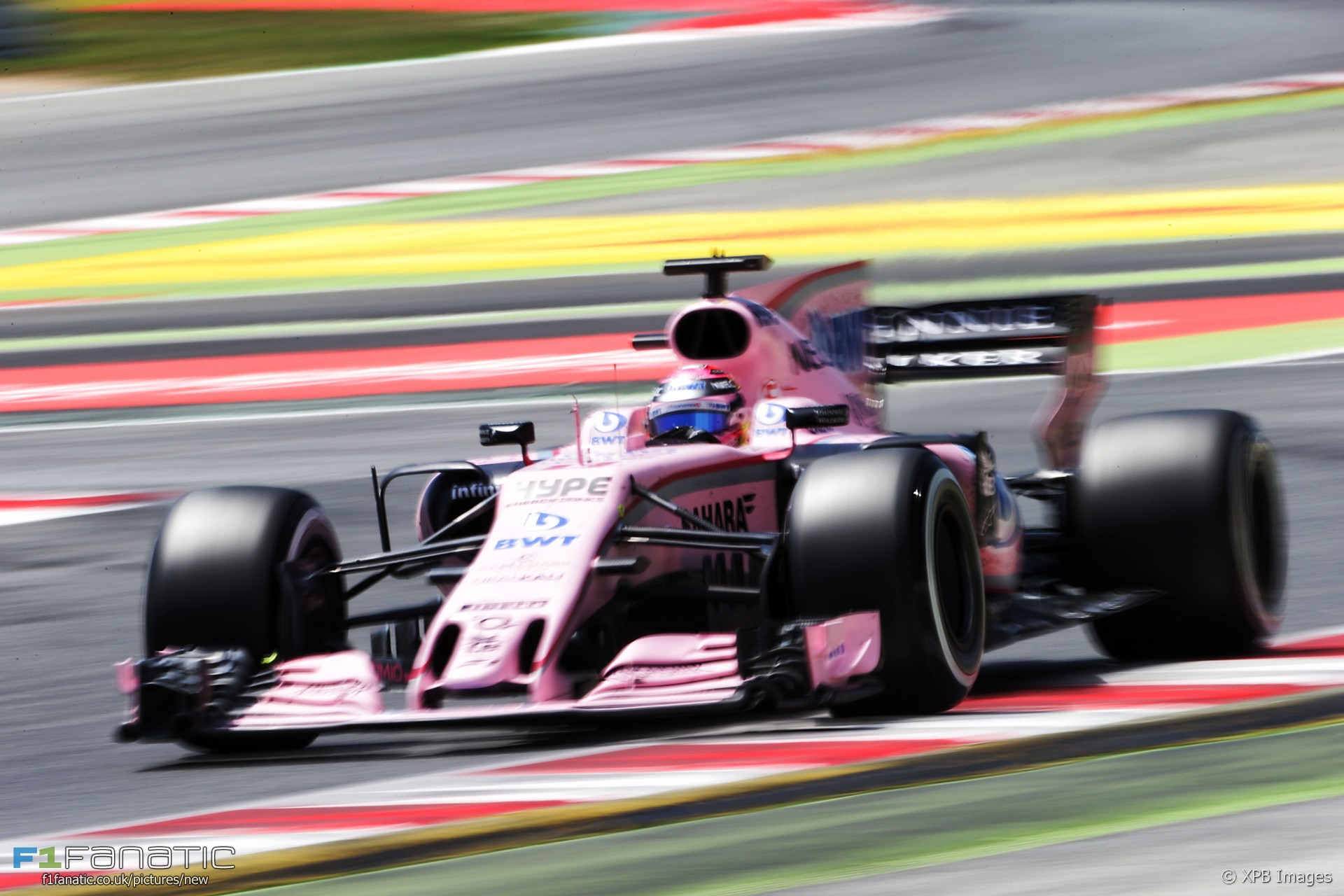 The Spanish Grand Prix stewards have handed Force India a suspended €25,000 fine after they were deemed to have failed to comply with new driver number rules for this weekend.

A new directive for teams active from this weekend obligated teams to ensure that driver numbers should be clearly visible and at least 230mm in height while driver names should be at least 150mm.

The stewards summoned team representatives after the conclusion of the race, following concerns that the driver name and numbers were not suitably clear.

Force India have subsequently been handed a €25,000 fine, but has been suspended for 12 months after the stewards accepted ‘mitigating circumstances’ for this weekend.

“Having heard from the Team Representative and having examined a number of photographs, the Stewards decide that the Competitor, Sahara Force India F1 Team, is in breach of the relevant regulation (and TM/002 – 17),” read the steward’s decision.

“A fine of € 25,000 is imposed.   However, in view of the following mitigating circumstances, the fine is suspended for a period of 12 months pending no further infringements of this nature.

“The mitigating circumstances are;   1.  The Competitor was not challenged about the numbers prior to the race   2.  The numbers (size, colour and location) were not changed during the event   3.  The Competitor has offered to work with the FIA and rectify the situation immediately.”