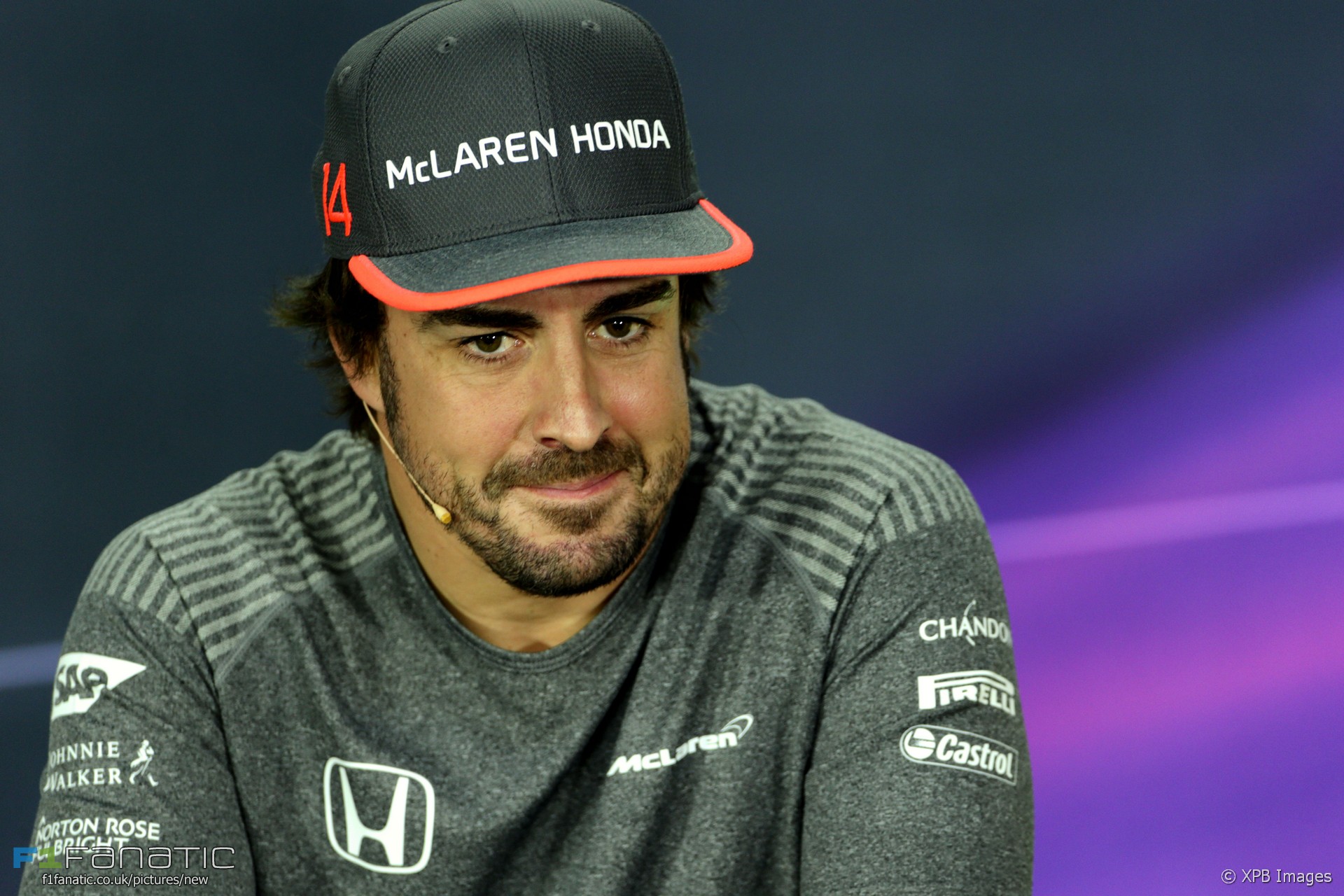 Fernando Alonso has issued a clear warning to McLaren that he will not re-sign for 2018 unless he wins a race soon.

The two-times world champion has returned to Formula One this weekend after racing at the Indianapolis 500 two weeks ago.

During today’s pre-race press conference Alonso said the team “have to win” again.

“You know, if we are winning before September or something like that I will make a decision and I will stay,” he said.

Alonso has previously indicated he will not make a decision on his future beyond the end of the season until after the summer break in August.

McLaren executive director Zak Brown indicated this week McLaren will sever its relationship with Honda unless the Japanese manufacturer makes immediate improvements to its power unit.

“What Zak commented yesterday and the Honda thing is probably what you will expect Zak to say,” said Alonso. “He wants to win; he wants to put McLaren again on a contender position for the championship.”

“So, if you don’t see things changing and you are not in a competitive position, maybe you change projects. That’s the only think that I can say now, until I sit down with myself in September, October or whatever – after the summer as I always said, I cannot say 100 per cent about anything now. The best decision I will take after summer.”