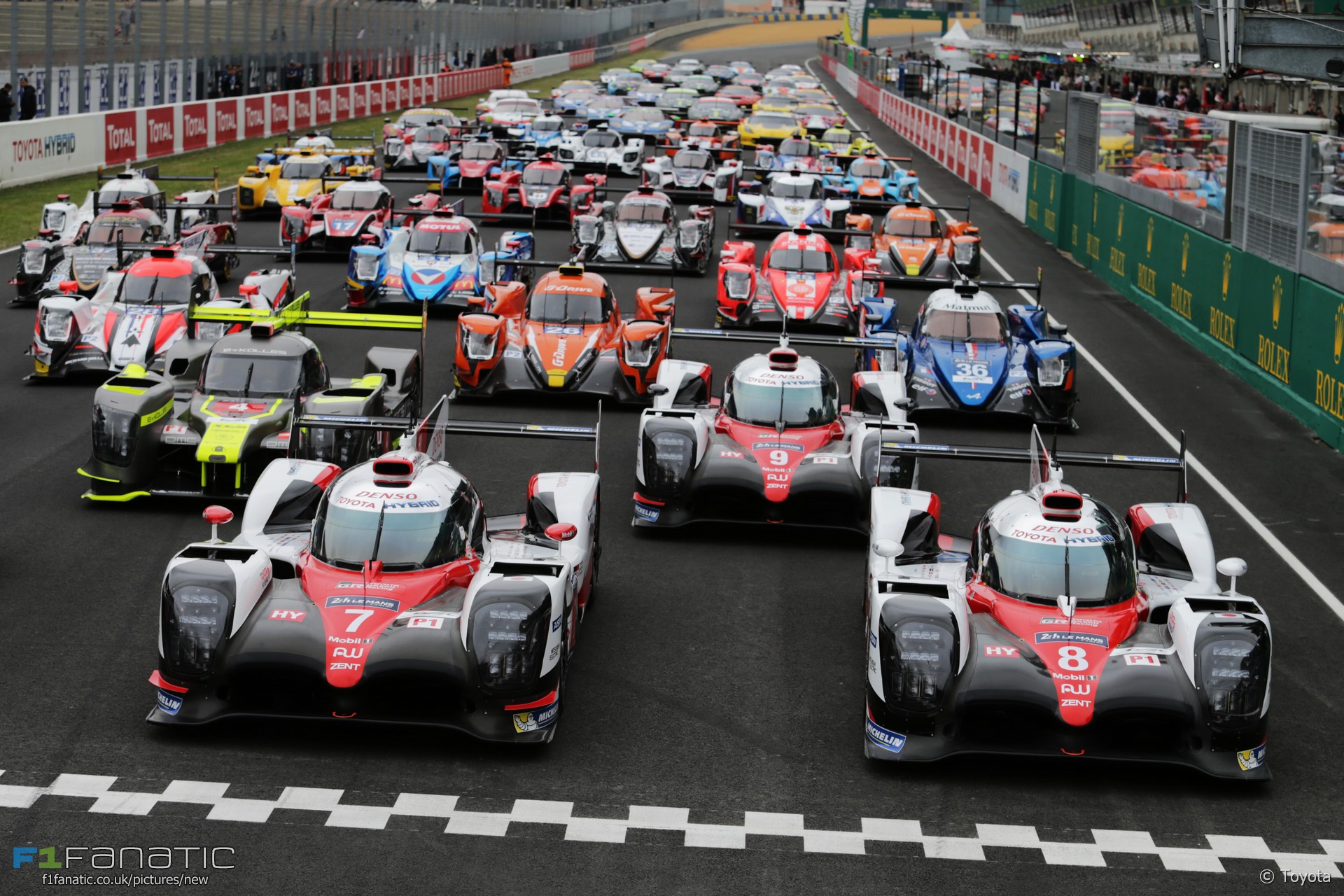 Are Toyota finally going to score their first victory in the Le Mans 24 Hours this weekend?

They single-handedly account for half of the prototype class contingent for this year’s race so on strength of numbers alone you have to fancy their chances.

Saying Toyota are overdue a win in the French endurance classic is like saying Fernando Alonso is a bit fed up with Honda. Toyota’s defeat in the final minutes of last year’s race was an outcome so cruel it even provoked expressions of sympathy from their rivals.

This time around there aren’t as many rivals for Toyota to go up against. The LMP1 entry list numbers a pitiful six cars. That’s less than half of the 14 which entered the race just two years ago, when Toyota, Porsche, Audi and Nissan all fielded entries.

Three of those cars will be TS050s: The two regulars from the World Endurance Championship, plus a third Toyota is adding just for this race. However compromises have already been made to its driver line-up. Ryo Hirakawa was originally scheduled to drive, then dropped at short notice in favour of Nicolas Lapierre – a driver the team cut from its squad three years ago. Then Jose Maria Lopez was injured at Silverstone, had to miss Spa, and has traded places with Stephane Sarrazin to join Lapierre and Yuji Kunimoto in the team’s extra car.

Despite their superiority in numbers Toyota cannot afford to underestimate their only true remaining rival. Porsche profited from Toyota’s misfortune last year to claim their record-extending 18th win in the category.

While Toyota won the opening two World Endurance Championship races there is no question Porsche will be prepared to the ultimate for another assault on the Circuit de la Sarthe. The set-up requirements are very different for this ultra-high-speed track even compared to a venue such as Spa-Francorchamps.

Sadly Robert Kubica abandoned his plans to take on the race in the only other LMP1 entry run by ex-F1 team boss Colin Kolles. The non-hybrid ENSO CLM-NISMO P1/01 enjoys massive straight line speeds, proving the engine Nissan produced for its woeful 2015 campaign was good for something. That should keep it ahead of the massive LMP2 field at La Sarthe, but a podium shot is only going to happen if the hybrid LMP1s hit trouble. But with so few of them and so far to go, that’s not unrealistic.

But one F1 race-winner who is making his debut this year is Rubens Barrichello. His Dutch entry in the LMP2 class is financed and co-driven by retailed Frits van Eerd, who also sponsors Max Verstappen.

We will be following the Le Mans 24 Hours on F1 Fanatic Live. In The UK you can watch the race live on Eurosport 1 from 1:45pm, race starts at 2pm.