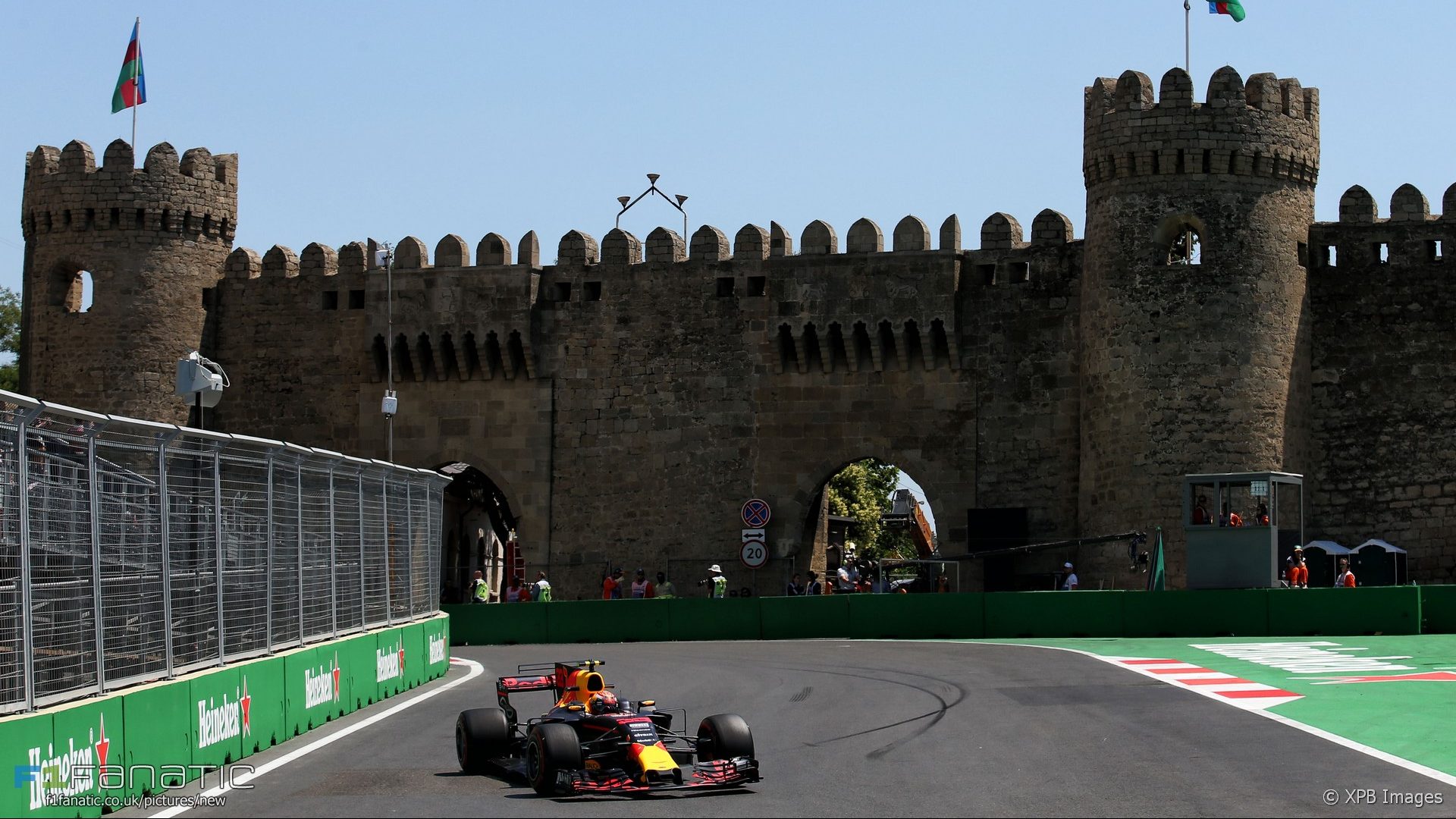 Red Bull headed first practice for the Azerbaijan Grand Prix in a sessions which was disrupted by a heavy crash for Sergio Perez.

The Force India driver hit the barrier heading into the narrowest section of track at turn eight. The impact tore a wheel off his VJM10 and forced a ten-minute interruption to the session while the marshals struggled to remove his damaged car.

Shortly prior to that Max Verstappen had set what turned out to be the quicker time of the session. The Red Bull driver chipped away at his time on super-soft tyres and ended up over two seconds quicker than the best lap from the same session last year.

Team mate Daniel Ricciardo made it a Red Bull one-two. But Sebastian Vettel was just a tenth off Ricciardo’s time despite using the harder soft compound tyres.

Perez at least served notice of Force India’s potential before his crash by setting the fourth-fastest time. He was backed up by team mate Esteban Ocon in seventh position.

The pair were separated by the two Mercedes. Lewis Hamilton had been quickest earlier in the session, but they along with several other drivers had their final runs disrupted by the red flag.

The Toro Rosso drivers spent most of the session performing occasional installation laps. However Daniil Kvyat’s late effort was good enough for tenth behind Felipe Massa’s Williams and the second Ferrari of Kimi Raikkonen.