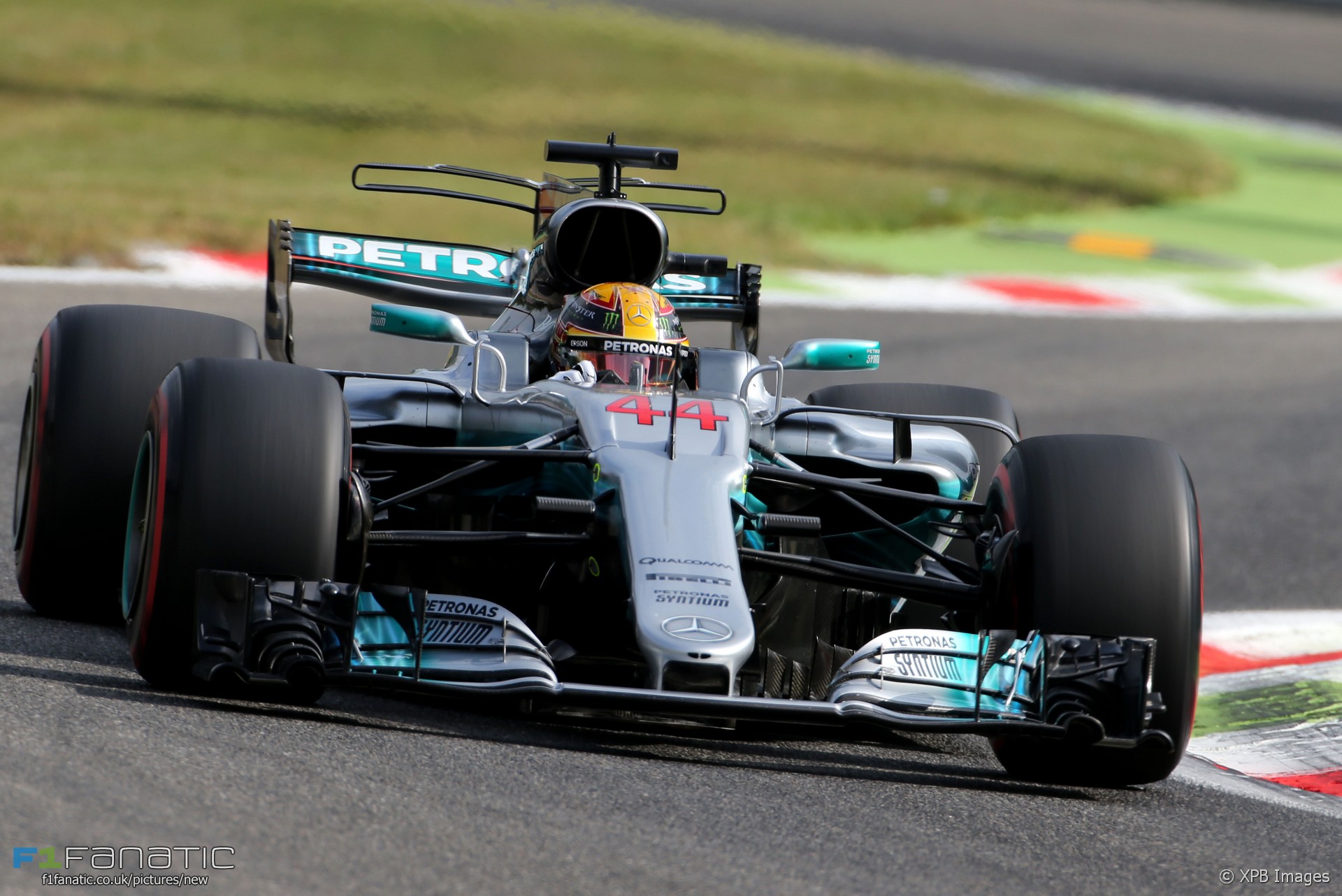 Lewis Hamilton dominated the Italian Grand Prix from pole position to take the lead in the drivers’ championship ahead of Valtteri Bottas and Sebastian Vettel.

Hamilton was never troubled throughout the race, comfortably taking his sixth win of the season. Bottas was unable to challenge and finished second, while Vettel could not keep pace with the Mercedes and settled for third.

At the start, held off Stroll and Ocon on the run to the first corner, with Bottas and Raikkonen fighting behind. Bottas eventually fended the Ferrari off before dispatching Stroll and Ocon to move up into second place.

Vettel moved ahead of team mate Kimi Raikkonen and then passed Stroll and Ocon himself to advance up into third before attempting to catch the leading Mercedes.

Max Verstappen and Felipe Massa made contact at the Rettifilo Chicane, leaving the Red Bull driver with a major right-front puncture and cruising back to the pits.

The front runners ran long first stints on the supersoft tyre, making their solitary stops after half distance to switch onto the Soft compound. Hamilton resumed still in the lead, ahead of Bottas and Vettel unable to catch the Mercedes in third.

Daniel Ricciardo started in 16th place but used a long opening stint on soft tyres to make major progress through the field, resuming in fifth position after his pit stop. Ricciardo passed Raikkonen for fourth and set about trying to cut an 11 second deficit to Vettel for the final podium.

Hamilton was untroubled and duly ticked off the laps to win and take the lead in the drivers’ championship. Bottas finished second, while Vettel was able to keep pace and take the final podium place in third.

Ricciardo finished fourth for Red Bull, ahead of Raikkonen and Esteban Ocon. There was a final lap scrap between the two Williams with Lance Stroll finishing in seventh ahead of Felipe Massa, with Sergio Perez in ninth. Max Verstappen recovered to secure the final point in tenth.