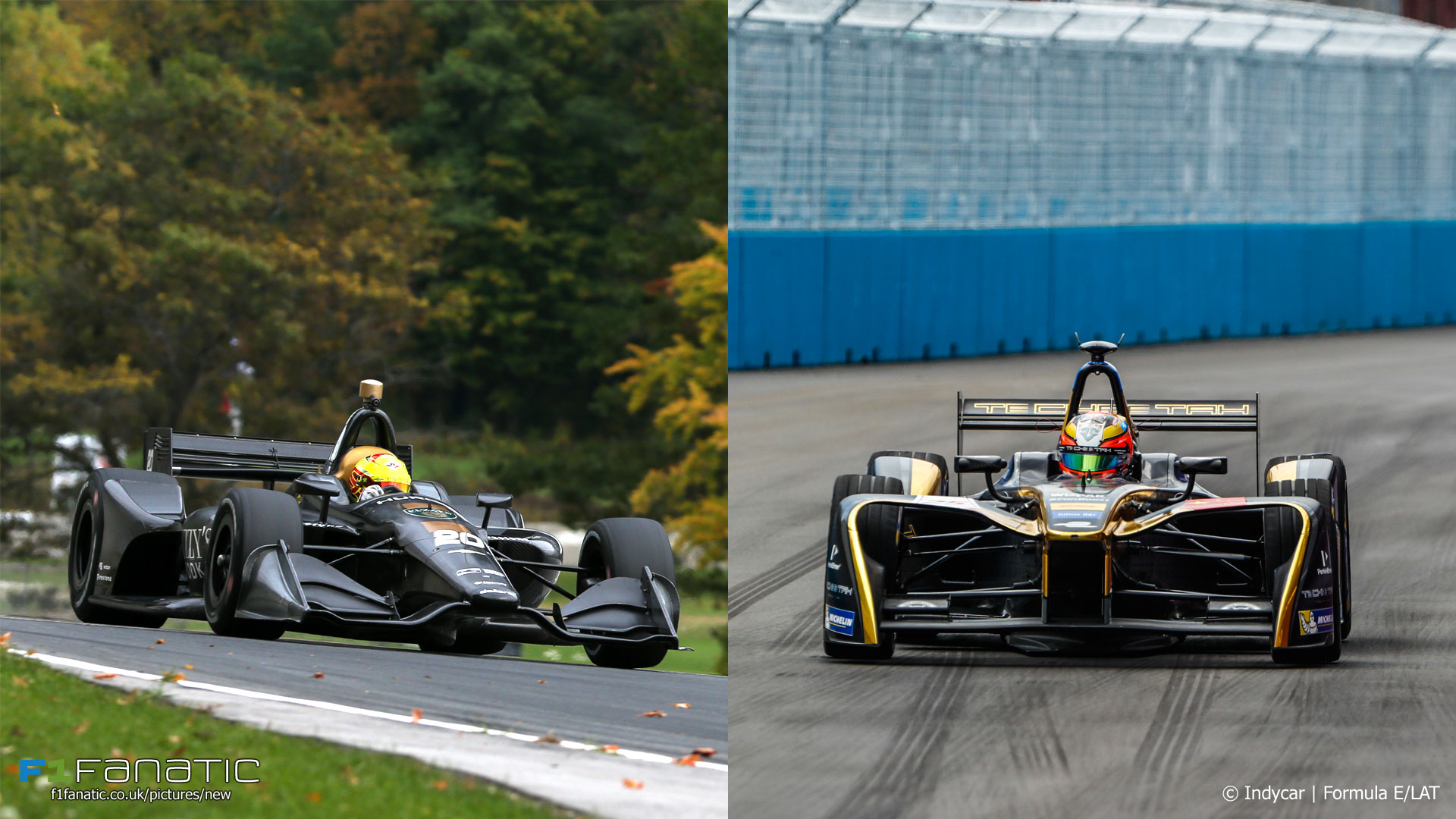 "I mean IndyCar, there's some great drivers racing there but it scares the s--- out of me. I'm amazed that they still race. Very brave guys but I wouldn't touch that."

Button: Ralf Schumacher was a diva - and Briatore just rude (The Telegraph)

"It was a dick move, and for a driver of (Jacques Villeneuve's) quality, a fairly incomprehensible one. He might have felt that he didn’t want whatshisname from Westlife coming in to beat him, but as a former world champion he would have known the importance of keeping the team onside, and with that one act of petulance he turned them against him."

Hamilton getting payback for 2016 - Button (Autosport)

"Last year was so unlucky, with reliability issues, this year it feels the other way around."

"We do have a desire for McLaren to race in Indy cars in the future... (but) we need to make sure when we get involved in activities beyond our Formula One program that first, it doesn’t detract from our Formula One efforts."

Coulthard urges Bottas to 'believe in himself' (F1i)

"Valtteri just needs to work hard, find out where the gap to Lewis is and believe that he will be able to close it."

"When asked which of the final four races - United States, Mexico, Brazil and Abu Dhabi - offered Ferrari the best chance of victory, Raikkonen said: 'Any of them, as long as we do everything as well as possible.'"

"It is a fine study of risk and a timely reminder that tragedy can only be romanticised by the passing decades and if it happens elsewhere. There has been some chuntering in Formula One lately amid reports the 'halo' device might cost £20,000 apiece. It is worth it."

Made my debut in F1 the year you were born!😳👍🏻@BrendonHartley so happy you have got this chance…@GoKiwiGo

Refuelling in Iceland on our way to Austin? Verycool pic.twitter.com/dZEr1aiVmr

I hope we get another comparision between WEC and F1 from an experienced endurance driver. I enjoyed Andre Lotterer’s comments back in Spa 2014, but he was driving a Caterham and he didn’t even get to complete the race.
@Fer-no65

64 comments on “IndyCar too scary, Formula E not exciting – Button”