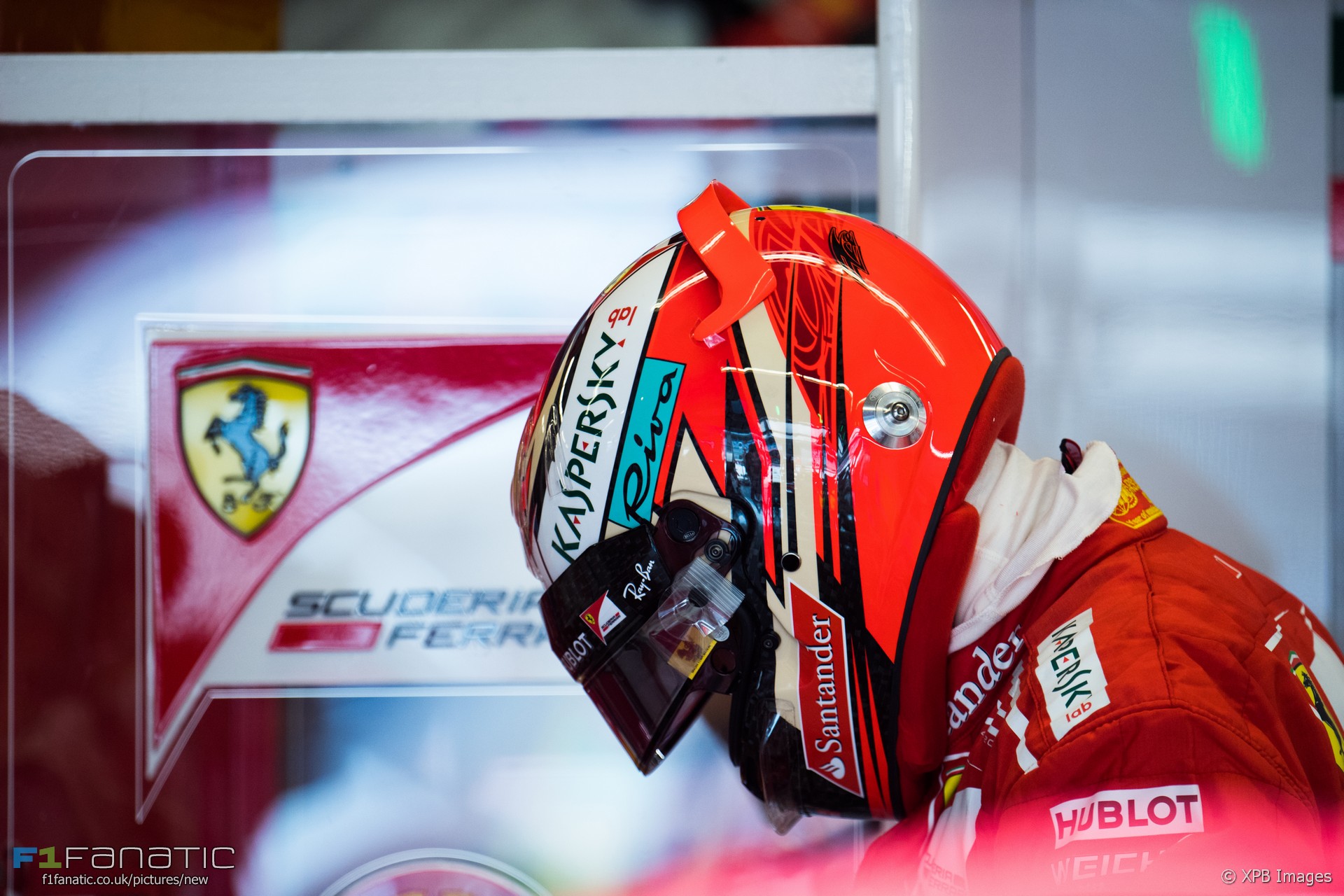 Kimi Raikkonen said too many retirements compromised his and Ferrari’s championship bid this year.

“This year we have made a good step forward from last season,” he said, “but obviously we still have a few small things to improve.”

“I think that in this season we’ve had a good and solid car. Lately we’ve had some issues, but the speed has been there.”

“Obviously too many DNFs [did not finish] cost us a lot in the championship. For next year we have to minimise those issues, improve things and learn from this season.”

Raikkonen failed to finish in Spain and Singapore, where he was involved in first-lap crashes, and was pushed off the grid before the start in Malaysia with a power unit problem. The team later discovered it was the same fault which had sidelined Sebastian Vettel 24 hours earlier.

The 2007 world champion scored his sixth podium finish of the season with third place in yesterday’s race.

“After [the] difficulties in qualifying, third place is not too bad, but obviously it is not what we were looking for,” he said.

“The start was not too bad, but then I moved to the left and lost the tow. I found myself blocked and lost many places in the first two corners. Then I had to wait for the cars in front to stop, to be able to push and gain positions.”

“My car was a bit better than yesterday and we had decent speed. Once I was third, I could try to catch up, but I was too far from Valtteri [Bottas] and there was nothing I could really do. I focused on finishing the race and on keeping my position.”