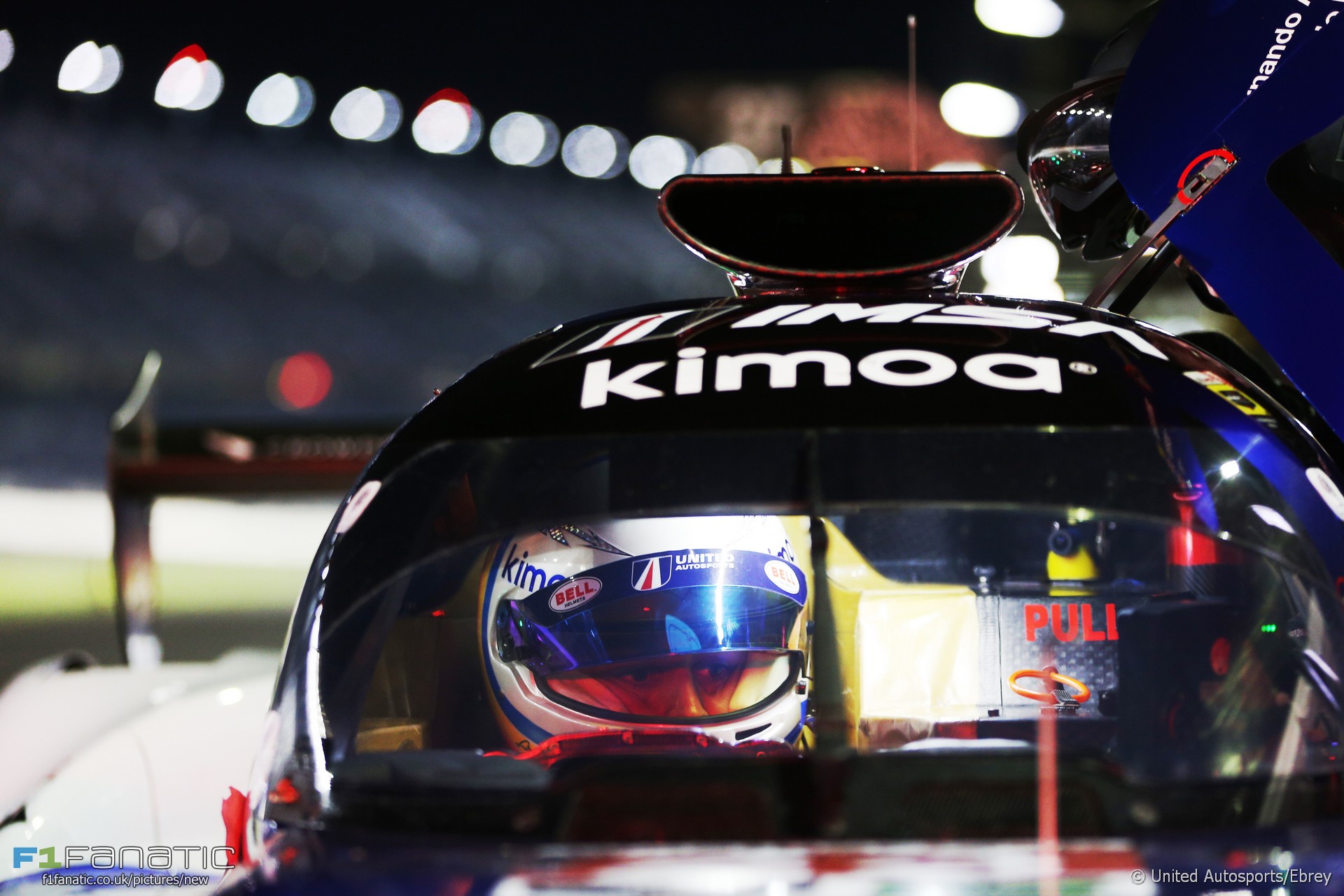 Fernando Alonso has begun preparations for his debut in the upcoming Daytona 24 Hours by taking part in the ‘Roar before the 24’ test at the Florida circuit today.

All Daytona 24 Hours competitors must take part in the three-day test. Alonso is sharing his United Autosports-run Ligier LMP2 with Lando Norris and Phil Hanson.

The two-times world champion is not the only current F1 racer taking part in the event. Paul di Resta, who drove in last year’s Hungarian Grand Prix, will drive another of United Autosports’ Ligiers.

Di Resta’s team mate Lance Stroll will race an LMP2 ORECA which he is sharing with Felix Rosenqvist, Daniel Juncadella and Robin Frijns.