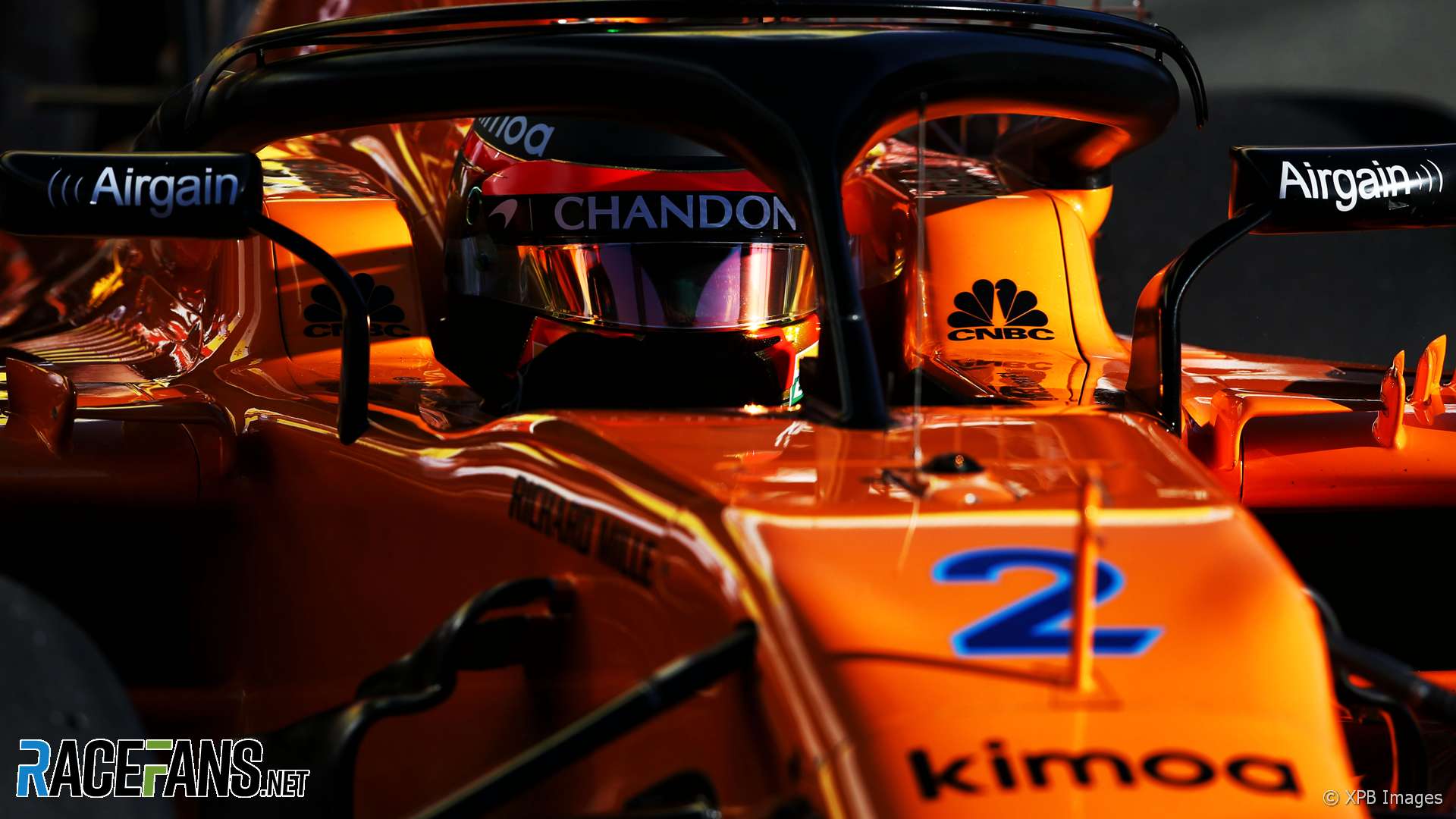 Grand Prix Driver, the McLaren documentary which appeared during the off-season, told the story of their nightmare build-up to last year’s championship.

Producer Manish Pandey said the feature bridged the gap between two significant divorces in the team’s recent history. It began with the late-2016 split from CEO Ron Dennis and ended with last year’s decision to end the relationship with power unit supplier Honda.

The change in this team’s fortunes in recent years has been truly seismic. In 2012 they produced the outright fastest car of the year and were championship contenders; five years later only one of their rivals finished behind them in the constructors’ championship.

You only have to look at the car in profile to appreciate why. The MCL33’s stunning new Papaya Spark livery with two-tone blue detailing is largely unencumbered by sponsor logos. One of the most prominent belongs to the lifestyle brand run by star driver Fernando Alonso.

Brown expects the team will become more attractive to sponsors once its form improves. “I think when we hit the track that will help,” he said in February. “There are some people understandably that want to see how we perform.”

“Coming off ninth in the championship last year doesn’t make selling partners any easier. So I think if we can quickly demonstrate we’re no longer ninth-place team that will just build by itself.”

A lot is riding on the MCL33 chassis and the Renault power unit which the team worked flat-out to fit into a space previously left for a Honda.

The team’s testing performance prompted some lurid headlines but it was not the unmitigated disaster of 12 months ago. The team did end the eight days of running at the foot of the mileage table again, but this time it has the reassuring knowledge that the two other Renault-powered teams have racked up lengthy runs on the power unit.

But while a variety of niggling problems consigned the MCL33 to periodic extended stays in the McLaren garage, the Toro Rosso-Honda motored pass with galling frequency. When the chequered flag fell for the final time only the vastly better-equipped Mercedes and Ferrari teams had covered more laps.

“I think they’re doing a good job,” conceded Brown during the tests. “We’re focused on our own programme. I know there’s a lot, as you’d expect in testing, of comparisons between them and us.”

“Eric [Boullier, racing director] and the full team are focused on our programme. I’m very confident we’re going to have a good season. We know they’re a great company and it was just a matter of time until they see some improvements. They’re having a good testing and good on them.”

For McLaren to come good on its oft-repeated assertion last year that it had a great chassis let down by a terrible engine, it needs to be on terms with fellow Renault users Red Bull, not scrapping with its junior team running their unwanted engines.

They aren’t going to be able to hide. The stakes are incredibly high for McLaren in 2018.

64 comments on “Nowhere for McLaren to hide: ‘Being 0.9s off Red Bull wouldn’t look good’”