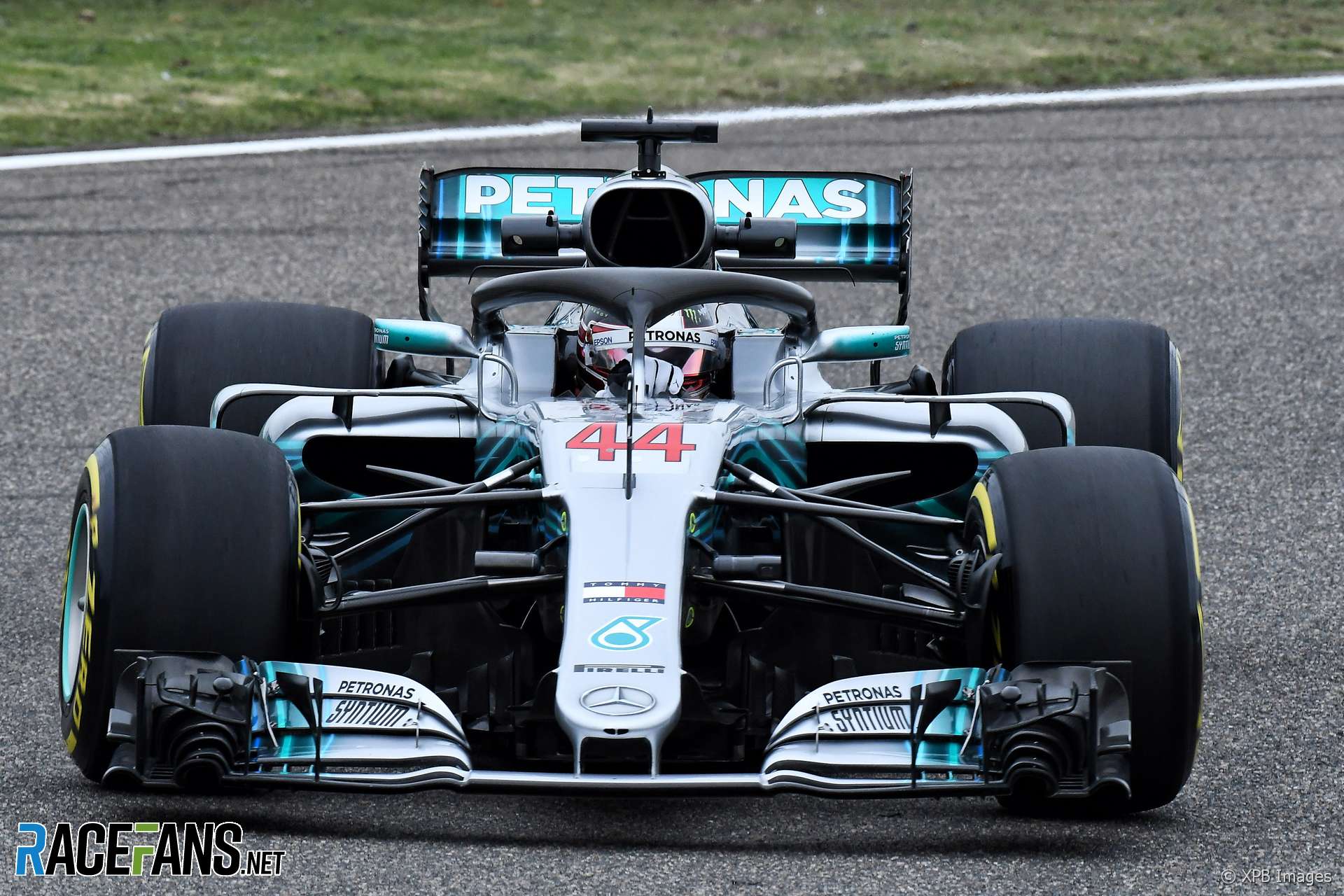 Lewis Hamilton said it will be hard for him to finish higher than he has qualified after taking fourth on the grid for the Chinese Grand Prix.

“I’m confident I can stay where I am,” said Hamilton, “Moving forwards is going to be tough.”

“Valtteri Bottas did a good long run, the two [Ferrari] guys ahead did a long run.”

While Hamilton expects overtaking will be possible he’s doubtful there will be many strategic options in the race.

“It’s a second [performance advantage you need] to overtake here. I think the start is an opportunity.

“[On] strategy, the tyres are still quite hard this year. Even with the one step softer everywhere we’re still doing one-stops. The fact that in Bahrain, such an aggressive circuit, we can still do one-stops that easily just says they’re still too hard, the tyres.”

Hamilton said his car “wasn’t enjoyable to drive” today and he’s concerned about the pace of the Ferraris.

“For some reason their car is working everywhere. And it’s very strange, you go to Bahrain where it’s really hot, you would expect Ferrari to be strong but they’re even stronger than we expected. But then in the race we actually weren’t too bad which also wasn’t expected.

“And then we come here in the cooler conditions people expected we would be doing and their car, a bit like last year, their car works everywhere. And we’re seeing that again right now.

“How long it’ll last, I don’t know, there’s nothing I can do, all I can do is try and do the best job I can. I’ve definitely been disciplined all week, I’ve done the best I can with the set-up. There was definitely a shock when we got into [third practice] and the car was completely different and I didn’t make any changes.”