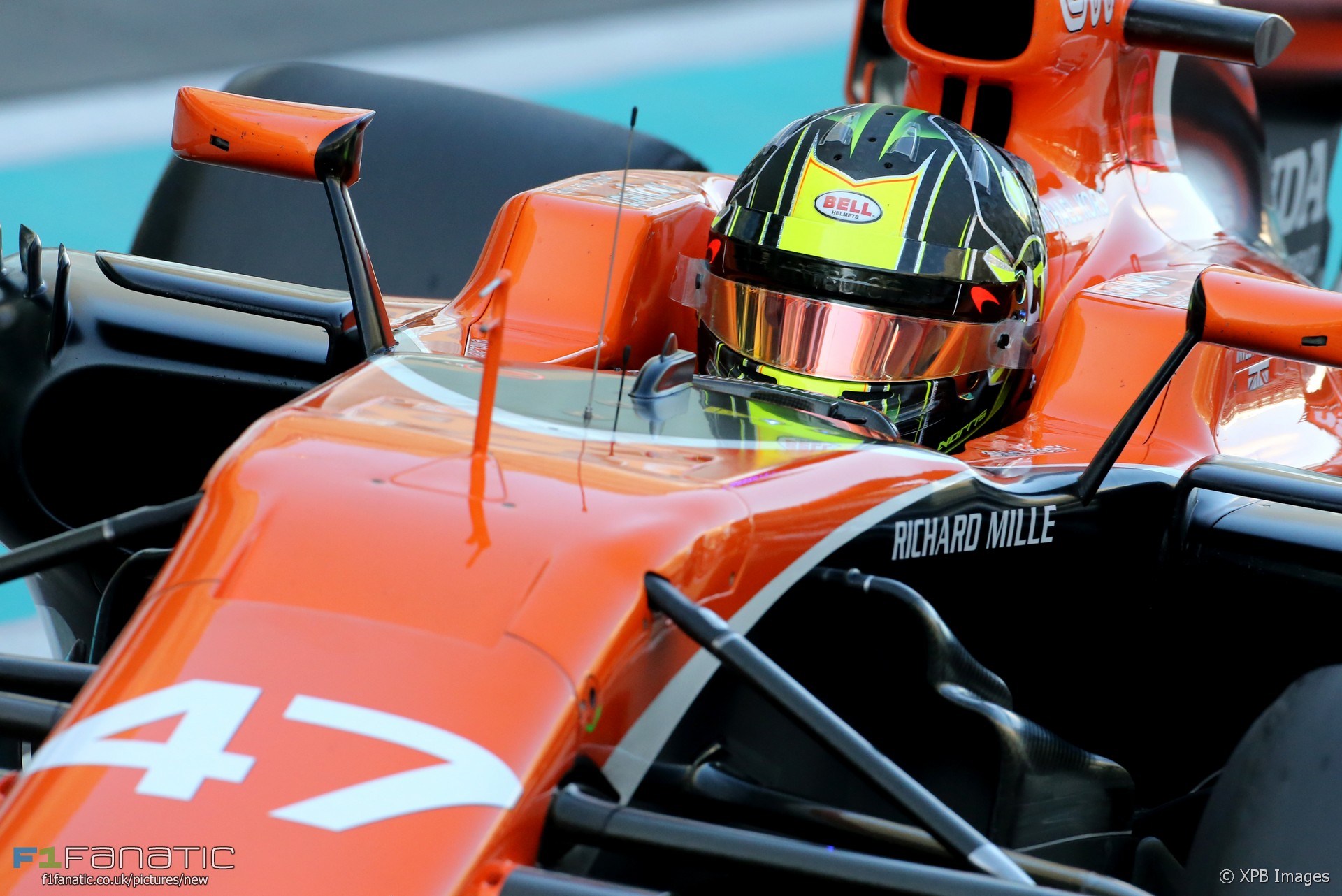 In the round-up: McLaren reserve driver Lando Norris says he’s hoping to get some time in the team’s car soon so he is better equipped to serve as a substitute should a replacement be needed for either of the team’s race drivers.

Norris, who tested the team’s MCL32 last year, was asked when he expects to drive their current car:

I haven’t been told the exact first day I’ll be in the car this season. I think one of the young driver tests I’ll be in. I’ve been preparing for that to make the most use of it I can. It’ll be an opportunity for, if anything happens to Fernando [Alonso] or Stoffel [Vandoorne], I’ll have a bit more of an understanding about the car, be a bit more confident in jumping in and doing a good job. It’s another day for me to improve and get to learn about Formula One. So hopefully one of the young driver tests or a Pirelli test I’ll get a bit more experience.

Grosjean exclusive: 'If you give me the car, I can win' (ESPN)

"I have had two grands prix where I should have won the race but luck never turned my way."

Horner says he expects a decision on Daniel Ricciardo's future by the summer break.

"We do not accept that engine modes specifically designed to increase the exhaust flow in corners are permissible."

"Of course we need to improve some areas. I think (China) was not a disappointing result in terms of our straight performance. It's the total package that has improved there."

"The key thing to note is that Vettel’s has an additional mini-paddle operated by his right hand above both main paddles. Intriguingly the function of this mini-paddle has not yet been established - but you can bet rival teams are keen to find out."

The 919 Tribute on tour. First Stop: Spa (Porsche via YouTube)

"The first of two special programmes to mark the 50th anniversary of the death of legendary racing driver Jim Clark."

A reply (in the comments) to a reader who told me I am "blackmailing me by encouraging me to pay so that the ads will go away…":https://t.co/NFPUkzbcuH

Looking at the #919Tribute stuff leaves me really, really hoping @RENAULTedams bow out of Formula E/send off Gen 1 by taking one of their championship-winning cars, removing all the restrictions, whacking a tonne of aero on it and beasting it round an F1 track for a few laps.

Remarkably @yuhisekiguchi went on to finish second despite this attack from team mate @ryohirakawa in Sunday's @SUPER_FORMULA race at @suzuka_event.

Mercedes title sponsor @PET_Motorsports has now been announced as a "regional sponsor" of @F1, giving it "a number of rights" in China, Mexico and Italy. #F1

Are we still yet to see the best from Nico Hulkenberg?

I’ve been a Hulkenberg fan for many years now, and there are so many times that I’ve thought about his collision with Lewis Hamilton in Brazil 2012 and how different his career might have been today if he had the privilege of carrying the “race winner” tag around with him. Barring his two mistakes in that race, it was one of the most astonishing drives I have ever seen by a driver in a midfield car. The kind of margins he managed to pull over the rest of the field (with Button in the first stint and with Hamilton in the second) were remarkable. He qualified only 7th in the dry.

It’s a shame that almost every podium opportunity he has ever had has been squandered either by bad luck or his own mistakes and that he has to carry the title of “most starts without a podium”. Frankly, lesser drivers have won a race (Pastor Maldonado) and I don’t think anyone can argue that Hulkenberg doesn’t have the talent to score a podium at least, based on his pace and general consistency, given that he can stop messing up at the most crucial moments.
Aaditya (@Neutronstar)

Happy birthday to Andrewf1 and Christopher!