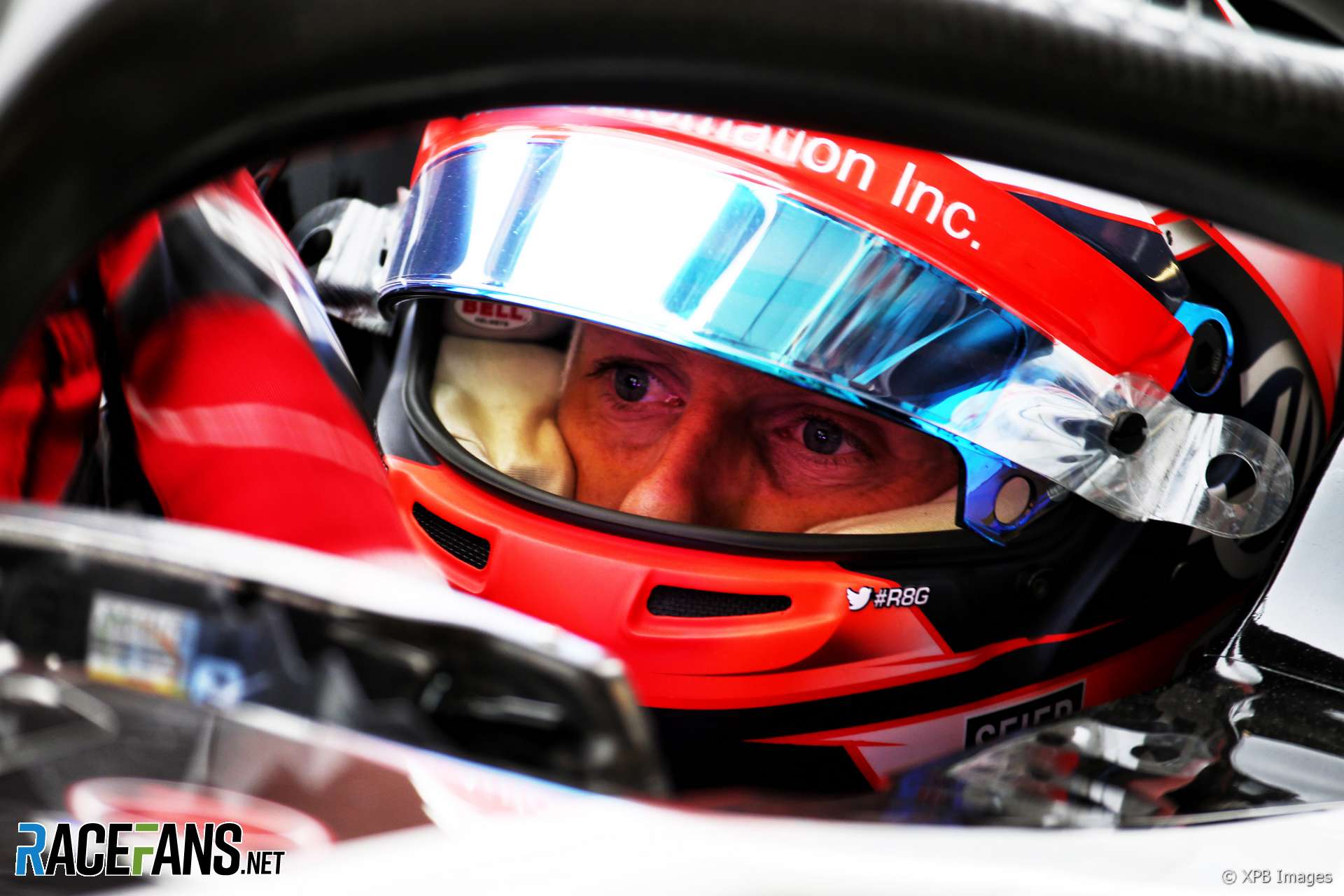 Romain Grosjean has been given a three-place penalty for the Monaco Grand Prix for causing a three-car crash on the first lap of today’s race.

The decision to penalise Grosjean hinged on whether he acted correctly by accelerating after he had lost control of his car. The action sent his car across the track where he was collected by Nico Hulkenberg and Pierre Gasly.

Grosjean told the stewards he accelerated because he felt it was inevitable his car was going to cross into the path of his rivals. However the stewards pointed out that his car was fully off the track on the outside before it began to cross it.

The stewards issued the following verdict:

The stewards reviewed video evidence and heard from the driver of car eight, Romain Grosjean and the team representative.

Car eight was following car 20 [Kevin Magnussen] at the exit of turn two when car 20 had a momentary loss of control. Car eight avoided car 20 which caused him to lose control of the car to the left of the track at the entry to turn three. The driver explained to the stewards that he felt that his momentum was going to carry him to the center of the track, and therefore made the decision to apply power in an attempt to cross to the right side of the track and get out of the way of the cars behind. However, while crossing he moved into the line of cars 27 and car 10, and all three cars were involved in a collision that took them out of the race.

The driver stated to the stewards that he made the decision to cross the track, trying to avoid the other cars and that he felt this was his best option. The stewards found that while it is speculation as to where the driver’s car would have ended up had he chosen other alternatives, it is certain that while crossing the track in front of the following pack of cars, which he chose to do, that a collision occurred. Further, in reviewing the video, the stewards found that the car was following the line on the left side of the track and was almost fully off the track, when he made the decision to cross it.

Grosjean was also given two penalty points on his licence for the collision, which puts him on a total of five.

“My personal view is he could have done a much better job of that,” said Whiting. “He spun and it’s very unusual to see a car light up its rear wheels like that on the first lap of a race.”

40 comments on “Grosjean given three-place grid penalty for crash”