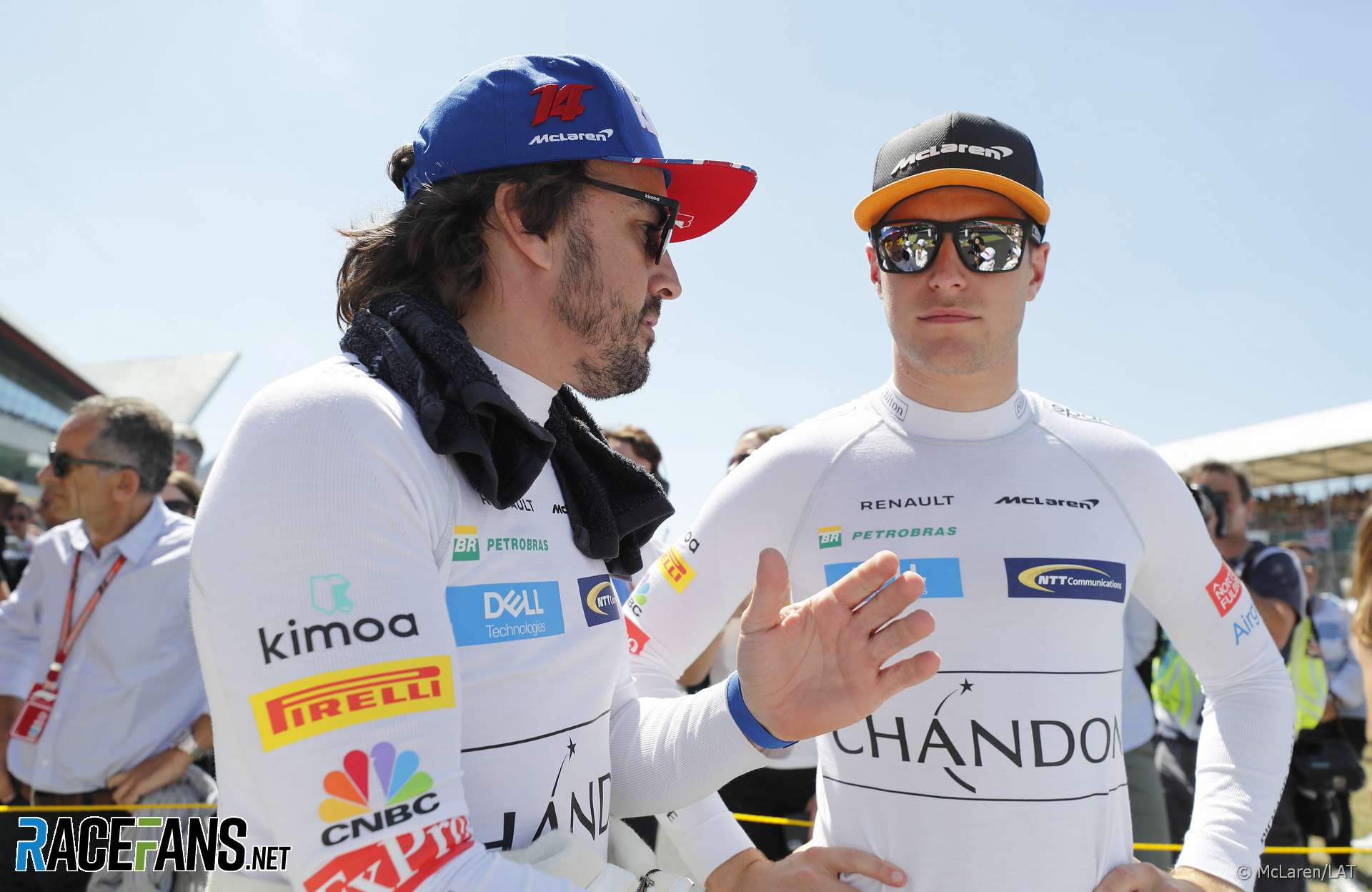 Vandoorne, who is in his second full second as a Formula 1 driver, has been out-qualified by Alonso in all 12 race weekends so far this year.

“We’d like to see him beating his team mate more often than he has. I think that’s the same in any situation, you’d love to see your team mates split right down the middle and beating each other every weekend.

“He’s not been able to do that on a regular basis but I wouldn’t say we’re disappointed because we know we gave him a very difficult situation and this year we’ve not him a very good car to work with. And given Fernando’s talent and experience he’s able to adapt to situations that aren’t great.

“We all believe Stoffel’s done an excellent job. But we would like to see him beat Fernando more often.”

Vandoorne’s future at the team has been the subject of speculation. However Brown insists McLaren will continue to support its driver.

“I think technically we’re giving him a ton of support,” he said, pointing out the team “changed chassis this weekend at his request” to identify the cause of a mysterious handling problem.

“But the gap the last two races has been larger than normal so we didn’t know if something was wrong with the chassis. So we changed the chassis to give him confidence and commitment and try and identify the issue.”

However Brown admitted the team is considering its driver line-up options for next year as neither driver is confirmed in either of its seats for 2019.

“I think reality is we have two open seats sitting here as we speak and it’s our job to get the best driver situation possible and that requires talking to other drivers up and down pit lane.”