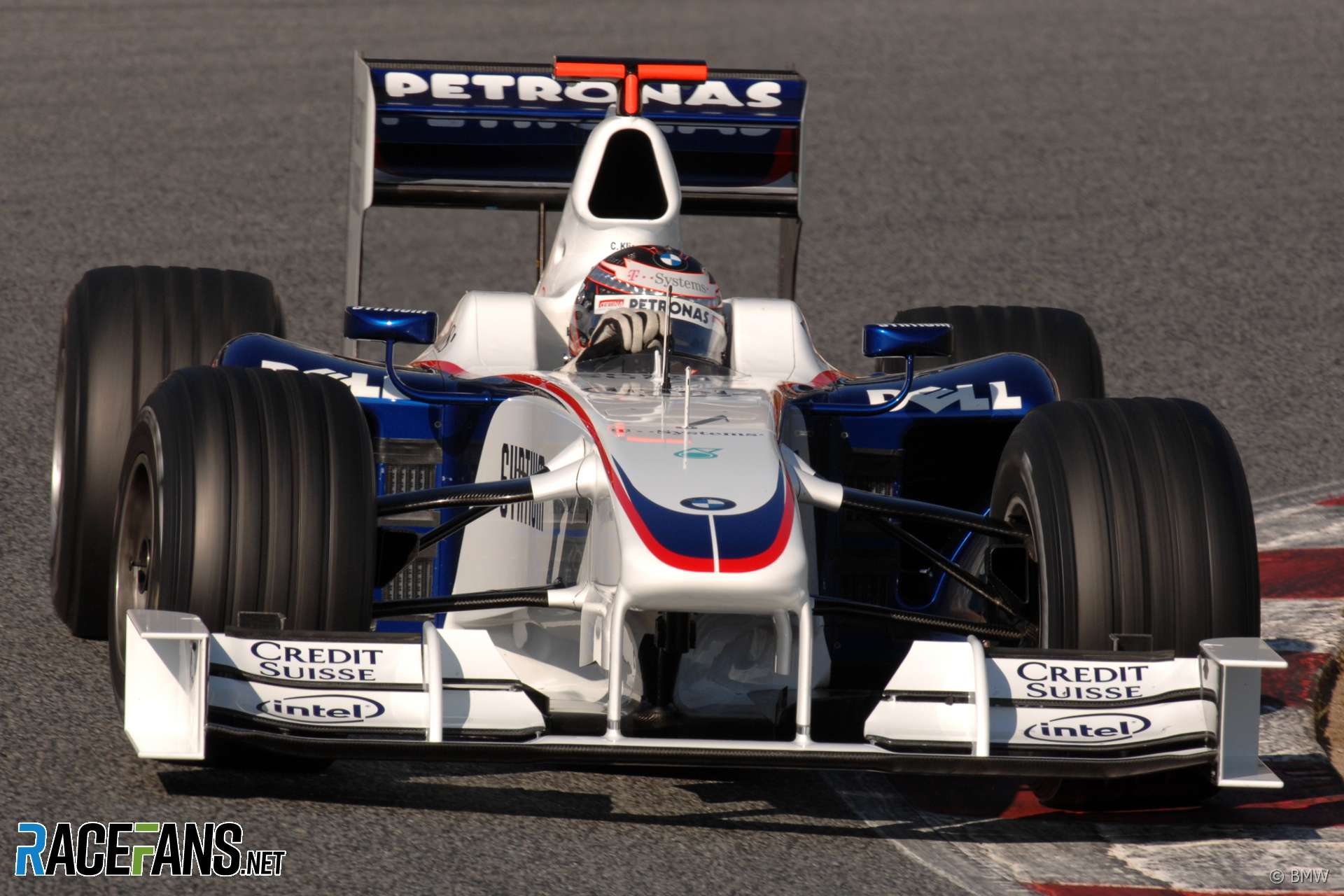 What will the new front wing designs for the 2019 F1 season look like? We should find out in the next two days as some teams are planning to test them at the Hungaroring.

Force India will run an early development of the new wing which is intended to aid overtaking by eliminating outwash-generating endplates and enforcing a simpler design.

However the biggest aesthetic change to the front wings will be an increase in width. They will now span the entire two-metre width of the car.

F1 previously introduced full-width front wings in 2009. The first example was tested by BMW at the end of the 2008 season. While this also prompted aesthetic concerns, it wasn’t until 2014 that the wings were reduced in width.

“It was one of the areas that was made by the [Overtaking Working Group] just in the time available that detail didn’t get considered,” explained Williams chief technical officer Paddy Lowe.

“We should have brought it in[wards] just aesthetically a tiny amount which was then done in ’14.”

He is also concerned F1 has repeated the error it made 10 years ago.

“I think the same mistake’s been made again, unfortunately. But it’s only an aesthetic thing. I think if it had been really problematic we’d have changed it a lot quicker than five years.”

Lowe said Williams will also “be doing some experiments around next year’s rules” in the upcoming test. “It’s the last opportunity in certain areas to do that.”

“I think everyone else will probably be doing a similar thing,” he added.

Renault has said it does not intend to test a 2019-style front wing, and Haas will not attend the test.