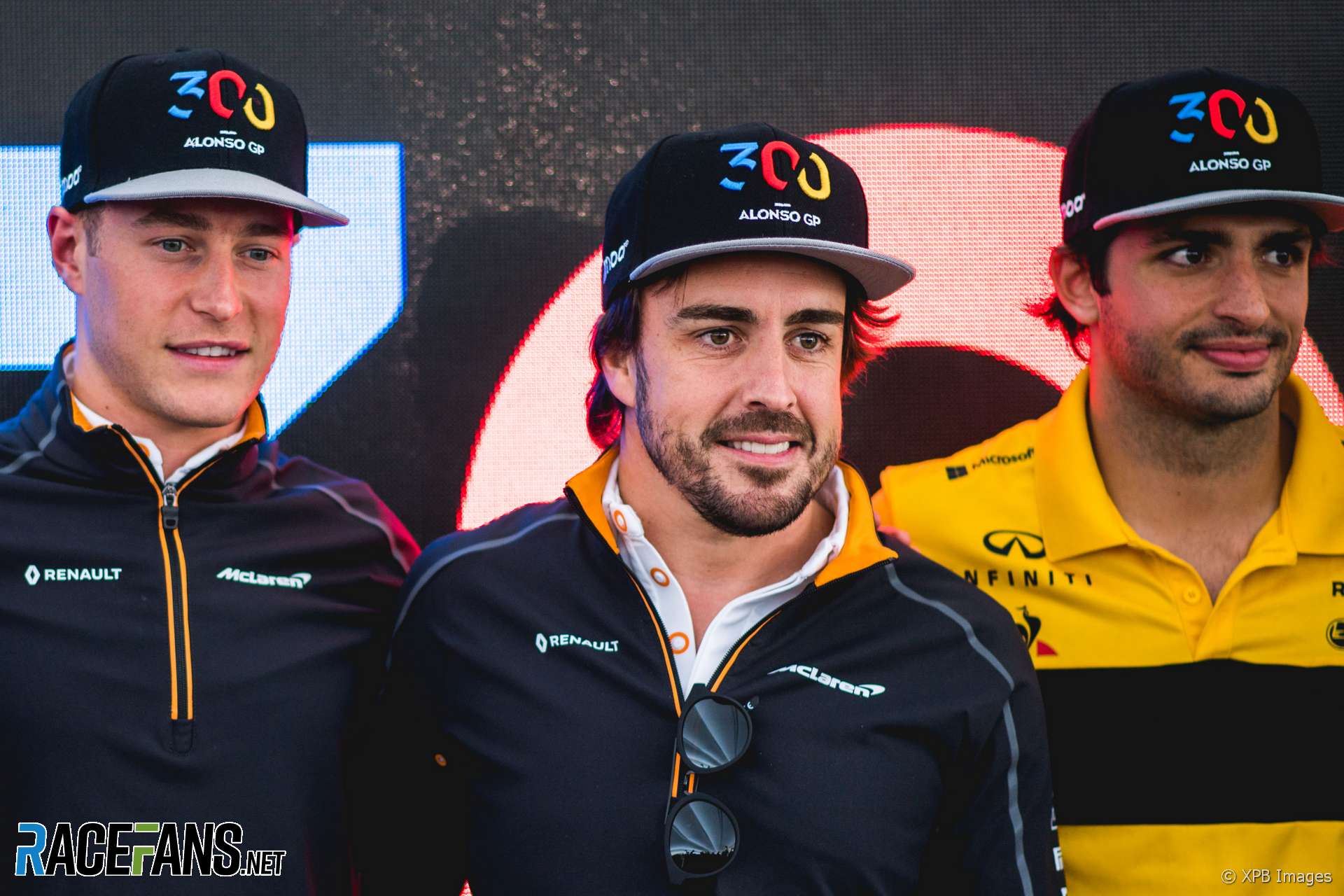 McLaren is experiencing a period of upheaval.

It began with the desparture of Ron Dennis, continued with the severing of its relationship with Honda, and goes on as the team imposes a new management structure and replaces senior team figures Eric Boullier, Matt Morris and Tim Goss.

Under the circumstances, continuity in its driver line-up would be a valuable thing. But that relies on keeping hold of Fernando Alonso, and as discussed here earlier, he may decide he has better things to do than spend another season scrapping in the lower reaches of the top 10.

If Alonso does go, who will the team turn to? It made an approach to Daniel Ricciardo, but with him now off to Renault it’s the driver he’s replacing, Carlos Sainz Jnr, who seems to be favoured. Discussions have been held with his management, and in a scenario where Red Bull turn Sainz down for 2019 the chances of him landing a McLaren seat look increasingly credible.

What about Stoffel Vandoorne? His form against Alonso this year has been poor, but there are few tougher team mates to be measured against, Alonso has heaped praise on his younger team mate, who he hasn’t failed to beat in a single qualifying session so far this year.

Zak Brown has said Vandoorne needs to start beating Alonso. But his comments also indicate a preference for consistency:

“We do have a long-term agreement with Stoffel and Fernando but as you can imagine in these contracts there’s a variety of elements to them. We will make our driver decision when ultimaely we’re ready and anticipate that being sometimes after the summer break.

“We’re still reviewing, analysing what utlaimtely we think is the best combination for Mclaren moving forward and Stoffel is very much part of that consideration.”

Another factor for McLaren to weigh up is the future of junior driver Lando Norris, who Brown says is “obviously a future star.”

The 18-year-old is a seriously promising talent who has racked up a string of titles. He’s finding his rookie F2 season a little harder than expected – the dire reliability of the championship’s new machinery hasn’t helped – but if he does deliver the title, McLaren will have t put him somewhere else.

“Obviously you have a talent like Lando you want to keep him in the family,” says Brown. Will that mean promoting him to the F1 team? Parking him in Japanese Super Formula, as they did with Vandoorne? Loaning him out to a rival, such as Toro Rosso in return for getting technical director James Key early?

At least this question, unlike most of McLaren’s dilemmas, can be considered a good problem to have.

50 comments on “What are McLaren’s F1 options if they can’t keep Alonso?”