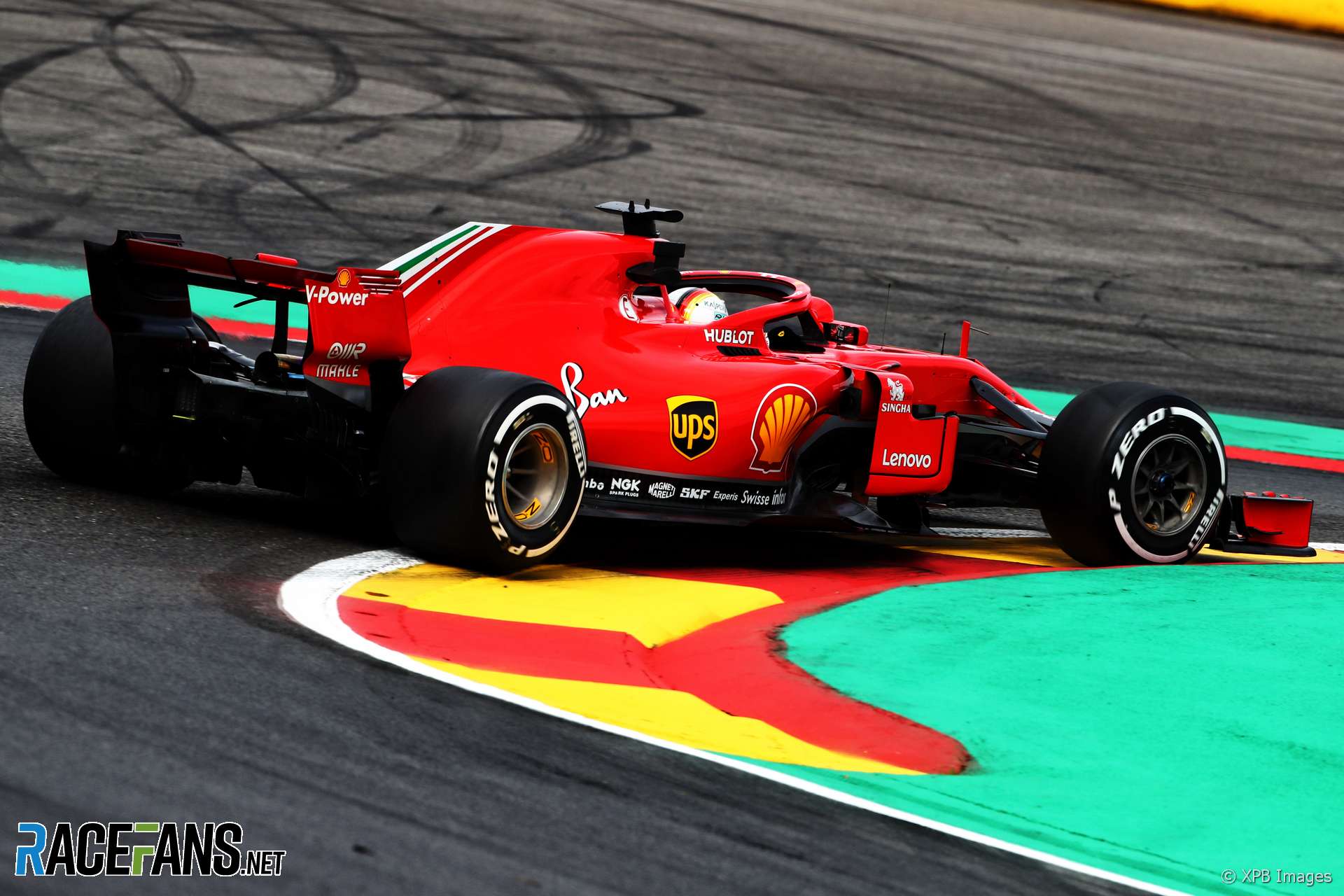 Friday practice at Spa-Francorchamps confirmed we are likely to see a two-horse fight for victory this weekend. Spa’s long straights, and increasing number of flat-out corners, has exposed Red Bull straight-line speed weakness.

Barring an unforeseen development, this is going to be between Mercedes and Ferrari, and the latter has a slight edge. Sebastian Vettel can usually be relied on to get more out of his car on Saturday than today’s pace-setter Kimi Raikkonen can, so Ferrari may be in even better shape than they seem.

Both teams have brought new power units this weekend. Ferrari, who by general consensus now seem to have F1’s best power unit, found most of their advantage in sectors one and three where the long straights are.

But this isn’t just down to their engine, according to Valtteri Bottas. He said Ferrari are getting better traction out of the lower-speed corners. “Some corner combinations like five, six, seven I think Ferrari seems to be a bit quicker there,” he said. “I don’t think we are far off.”

The teams now have to make a crucial decision on wing angles for qualifying and the race. Ferrari’s speed on Friday seems to indicate they could stand to run a little more.

“That is always a big compromise here,” Bottas explained. “The straight lines, running to the bus stop and turn five they can gain you a lot of lap time or you can lose a lot with a big wing, but sector two you can gain huge amounts with more downforce.”

For Bottas, there is no trade-off to be made between qualifying and the race. A power unit change penalty means he will start at the back anyway, so he only has to focus on his race day set-up.

Lap times this year were almost 1.4 seconds faster than Friday practice at this track 12 months ago. And there’s more to come, reckons Hamilton. The fastest driver through the middle sector today expects to tackle Pouhon flat-out in qualifying.

The unknown factor for Saturday is the threat of rain. There is a strong chance of rain early in the morning, and even if it dries out before practice, grip levels on the track will be affected. There is a slight chance of rain during the rest of the day.

Rain in Hungary robbed Ferrari of its performance advantage over Mercedes. But Sebastian Vettel says the team has been working on the problem since then and expects to be more competitive the next time conditions are wet.

If any team looks in need of a break at the moment it’s Force India, who are heading into the second half of the season on zero points following their mid-season change of owner. However they led the midfield in both sessions on Friday. “I think we are quite competitive,” said Sergio Perez, who put in a superb lap in the afternoon session.

“We’ve had probably the best Friday of the season.” That may have been the case for him but it wasn’t so for team mate Esteban Ocon, whose qualifying simulation run was scuppered by a puncture.

Carlos Sainz Jnr, who ran Renault’s new floor, led the surprisingly quick Saubers in the second session. Sauber has tended to gain quite a bit of performance from Friday to Saturday, so they look set for a strong showing. Could they even be about to displace Haas as Ferrari’s top customer team?