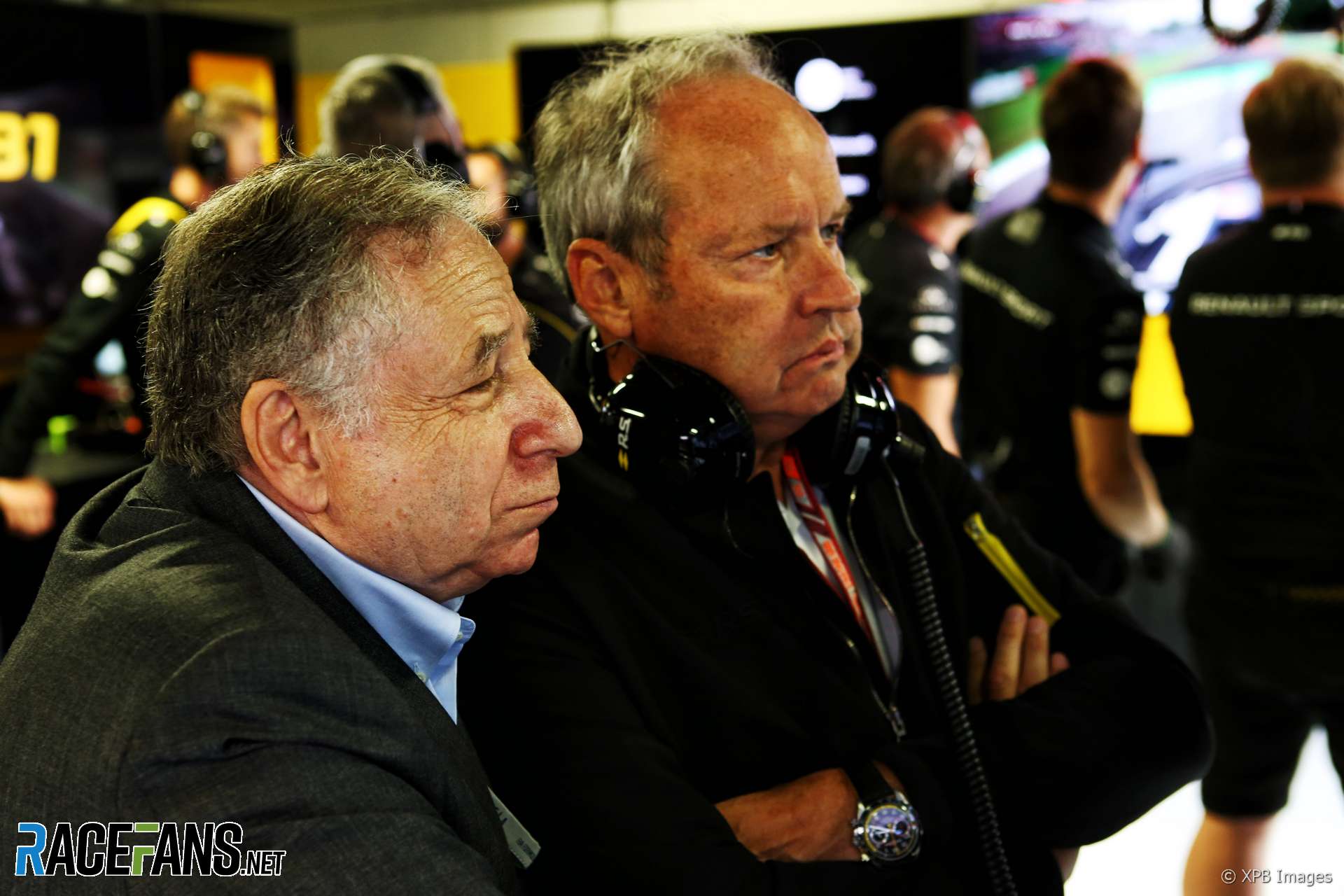 Usual routines after wake-up, then receive a message that FIA President Jean Todt and safety delegate Charlie Whiting will hold a media briefing at 11am – so ensure I arrive early to grab a good seat at the table.

Arrive after surprising heavy Saturday shopping traffic compounded by wet conditions. I cast my mind back exactly 10 years, when Sebastian Vettel and Toro Rosso exploited the mixed weather to score his first (and the team’s only) grand prix victory.

I recall mentioning to Toyota after the race that of ten teams on the grid the only outfit to not have won a race was the one with (by far) the biggest budget. That went down well…

We have more to come from the Todt/Whiting briefing so I won’t go into all points here, but clearly it’s been a busy period for the FIA, with the Force India debacle – he confirms they acted on the basis of information provided by Liberty and the administrator, and that not all teams have signed the Column 1 waiver – plus two incidents: in Spa, and Ericsson’s heavy crash on Friday.

Race Director Charlie Whiting reveals that Leclerc’s halo broke the front suspension on Fernando Alonso’s McLaren during their crash in Spa with a force of 56 newton metres, and that the device will become mandatory on next-gen F4 cars. So get used to it, if you haven’t already.

Grab quick lunch at McLaren – cold meats and salads followed by crème brûlée tart – while awaiting a media session with Zak Brown, twice postponed due to clashing commitments. He rejects suggestions that he should have supported the team in Spa rather than racing his Audi in the Monterey classic – the US equivalent of Goodwood – saying his brief as CEO is over-arching, and thus includes commercial activities.

The company hosted numerous current and prospective sponsors and McLaren (road and race car) owners during the weekend, he says, pointing out that he does not have direct pit wall responsibilities, and that various team CEOs don’t attend every race. Fair enough.

Hit the post-qualifying interview trail, and first up is Toro Rosso’s Brendon Hartley. At one stage he refers to the weather and 2008, so I gently point out Vettel had qualified on pole, not 18th… but take his point that the midfield is so tight that just two-tenths of a second split places 11 to 18 in Q1. Has it ever been tighter?

Long-awaited interview with Sean Bratches, F1’s Managing Director – Marketing. Sure, we’ve had many informal chats over time, but I’d requested a formal sit-down session to grill him on progress Liberty has made in fan engagement since the company acquired F1’s commercial rights – announced at this race two years ago. The promised 15-minute slot balloons to well over 30 minutes, so stay tuned…

Guenther Steiner is vocal about both the Force India situation and Magnussen’s clash with Alonso, which scuppered both their qualifying sessions. All grist for the F1 mill, which thrives on controversy. Such drama keeps the sport at the forefront of the world’s sporting news, which can only be good all-round – provided it’s not manufactured (which their clash wasn’t), and it’s not dangerous or dirty (ditto).

Leave circuit, stopping en route to grab a pizza – a simple ham/cheese/tomato flat pan – to devour in my room while completing my 2019 hotel bookings and catching up on stuff I may have missed during the day.

Time to pack as I check out after breakfast Sunday, having booked a B&B close to Malpensa airport due to an early Monday flight back home. Sleep.