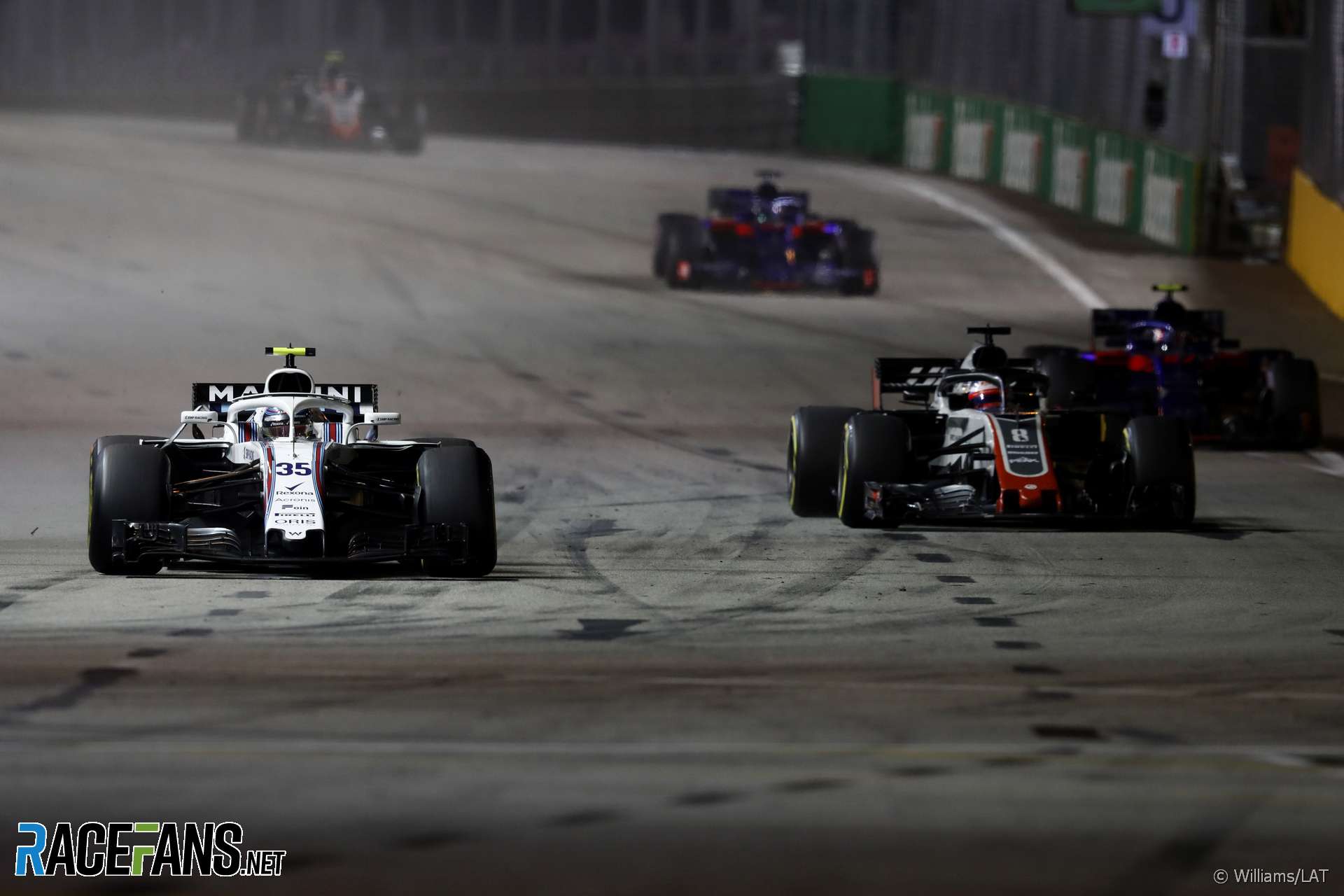 Romain Grosjean says his penalty for delaying Lewis Hamilton while being lapped in the Singapore Grand Prix was “harsh”, as it leaves him at risk of a race ban.

The Haas driver was given two penalty points for failing to let Hamilton by, moving him onto a total of nine. Drivers receive automatic one-race bans if they reach 12 points.

Grosjean said he had “no intention to block anyone”, though the incident cost race leader Hamilton several seconds and allowed Max Verstappen to catch up and attempt to overtake.

“We don’t have any lights in the car so the mirrors in the dark, they are dark,” Grosjean added. “It didn’t change anything for the race: Lewis won, Max was second. That’s the main thing.

However Grosjean admitted he was given blue flags in 11 mini-sectors on the lap before letting Hamilton by. He said he was caught out because he lost so much time trying to pass Sergey Sirotkin after his pit stop.

“In Singapore it was a tricky situation I got caught in,” said Grosjean. “Sergey was six seconds slower than everyone, I couldn’t know at the time.

“We were fighting and obviously the gap was big. I think it was 11 mini-sectors before I let Lewis by, it cost a lot of time, but it was just the pace we were doing. So I think getting points there was harsh.”

Grosjean will not have any points deducted from his licence for three races. He said the risk of a ban will be on his mind this weekend.

“I’m here to race, I’m here to get Haas fourth position in the constructors’ championships so I’m just going to do my best for the team and try to avoid anything silly,” he said.

The penalty points system came into force after Grosjean was given a one-race began for causing a crash at the Belgian Grand Prix in 2012. “Apparently I had four incidents that [were] three points in 2012,” he said. “I can’t recall three of them!”

Haas team principal Guenther Steiner said Grosjean will have to be “very careful” in the coming races.

“I think he knows that he’s getting close. We are on thin ice at the moment I would say with that one, and for a few races as well. I think the first [point] is going away in Mexico.”

37 comments on “Grosjean: Penalty points for Hamilton incident was “harsh””