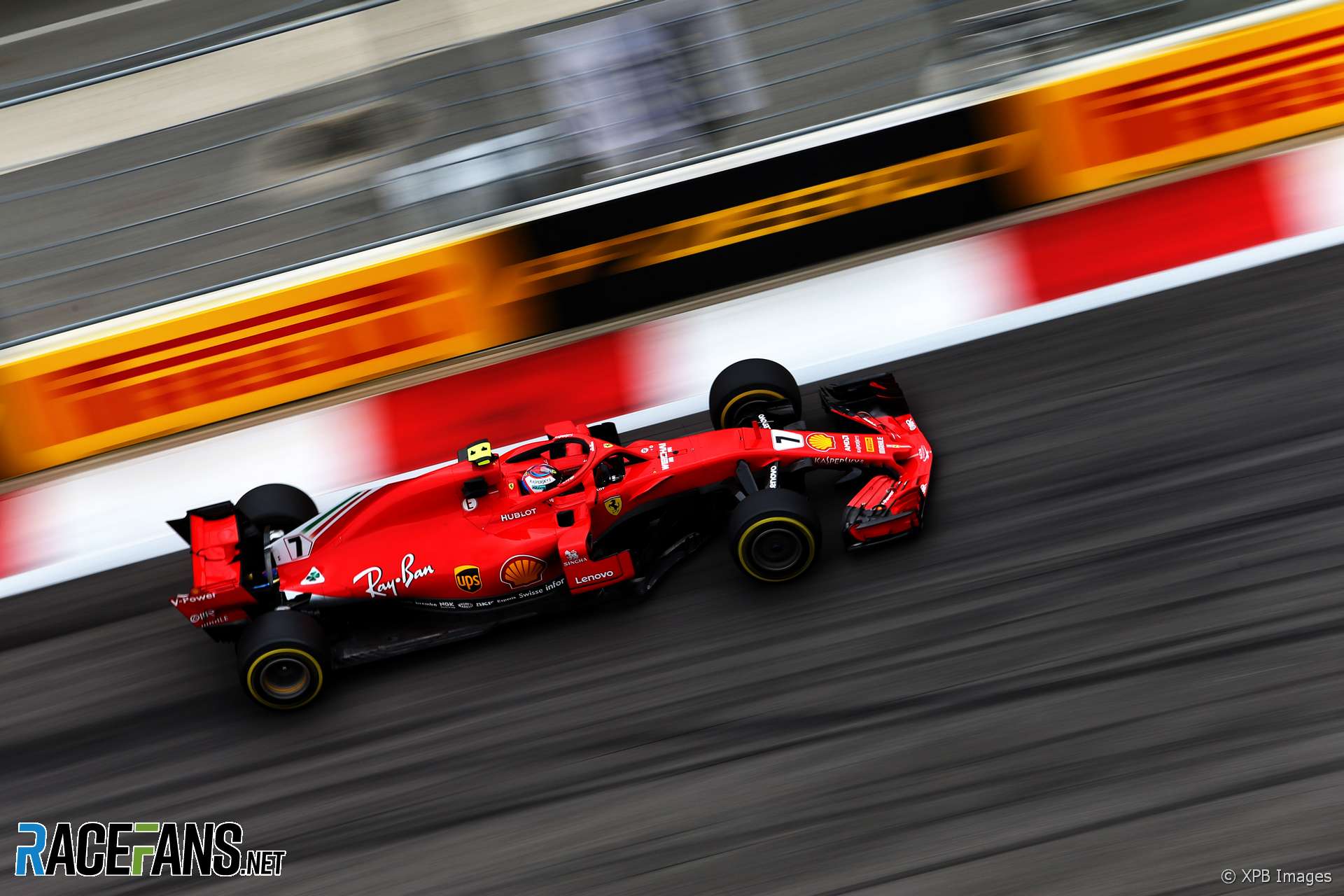 Ferrari and Mercedes both brought significant aerodynamic upgrades to the Russian Grand Prix. But at the end of the first day of practice Mercedes were conclusively quicker.

As we’ve seen several times already this year, Ferrari tends to hold back more on Friday, then make a bigger step than its rivals on Saturday. Even so, its half-second disadvantage to Mercedes is greater than we’d normally expect to see.

Has their new front wing not produced the desired gain in performance? Or were they going to greater lengths than usual to disguise the benefit from a very prominent upgrade.

If, tomorrow, the wing disappears from the car, we’ll know the former was the case. But the latter seems the likelier scenario, as indicated by a radio message to Sebastian Vettel during the session when he unable to match the pace of one of the Saubers:

Nor do Ferrari’s rivals believe they have suddenly dropped off the pace at a track where they swept the front row of the grid last year. “I don’t believe it’s real,” said Valtteri Bottas. “I think it’s going to be very close.”

“Normally they gain very strong in the straight lines but today they didn’t seem to run full power or something.”

At this early stage, Ferrari haven’t shown anything like the kind of year-on-year progress we might expect (see table). Mercedes is also yet to lap quicker than its best 2017 time, but Ferrari is even further away (Williams, meanwhile, look set for another miserable weekend).

We should see significant improvements in lap time once the dust has settled on tomorrow’s qualifying session. The race is being held five months later in the year than last season, which means teams have had the benefit of extra development time.

And Pirelli has brought its hyper-soft tyre, which offers a significant improvement in lap time. Today’s running left drivers less than two tenths of a second off the Sochi course record, and that is likely to take a serious beating on Saturday.

However the tyre performance over a stint has given the drivers some headaches. “On one lap they feel good here but on the long runs both of the compounds we struggled with graining,” Bottas explained.

“I don’t think we were the only team. So definitely in the race in the first stint with the softer tyre compounds it’s going to be very difficult not to open up that graining.”

Race day is forecast to be 4C warmer which, along with increased rubber build-up between now and then (aided by the presence of F2 and GP3, also running on Pirelli rubber, which were absent last year), should help reduce graining concerns. That may lead some teams to prefer to start the race on the ultra-soft.

“We saw some teams doing long run on the ultra-soft this afternoon because it is probably a choice for the race,” said Pirelli sporting director Mario Isola. “And if somebody tries to start on the ultra-soft it means they have the option to finish the race on soft or, with a lighter car, on the hyper-soft.”

That’s all well and good for the likes of Mercedes and Ferrari, who stand a chance of reaching Q3 on the second-softest tyre, but once again the other drivers who reach Q3 could be at a disadvantage. And while there were only four of them in Singapore, there could be six this weekend as Red Bull’s pair of grid penalties mean they have no incentive to try to reach Q3.

(There is also an unlikely but plausible scenario where no one tries to set a competitive lap in Q2: Five drivers will move to the back of the grid due to penalties. If they all reach Q2 none will have an incentive to set a lap time as doing so would only create the chance they might reach Q3 and therefore have to start the race on old tyres. In this scenario the other 10 drivers in Q2 could get through to Q3 by doing token laps at low speed, not have to worry about fitting the hyper-soft tyres for performance, and start the race on a strategically advantageous tyre.)

The possibility that starting the race on the hyper-soft tyres will be a disadvantage, as was the case in Singapore, underlines the unfairness of the current Q2 tyre rule. But it also highlights the gulf in performance between the front-running teams and Formula 1’s ‘B Class’.

10 comments on “How far were Ferrari hiding their true pace on Friday?”