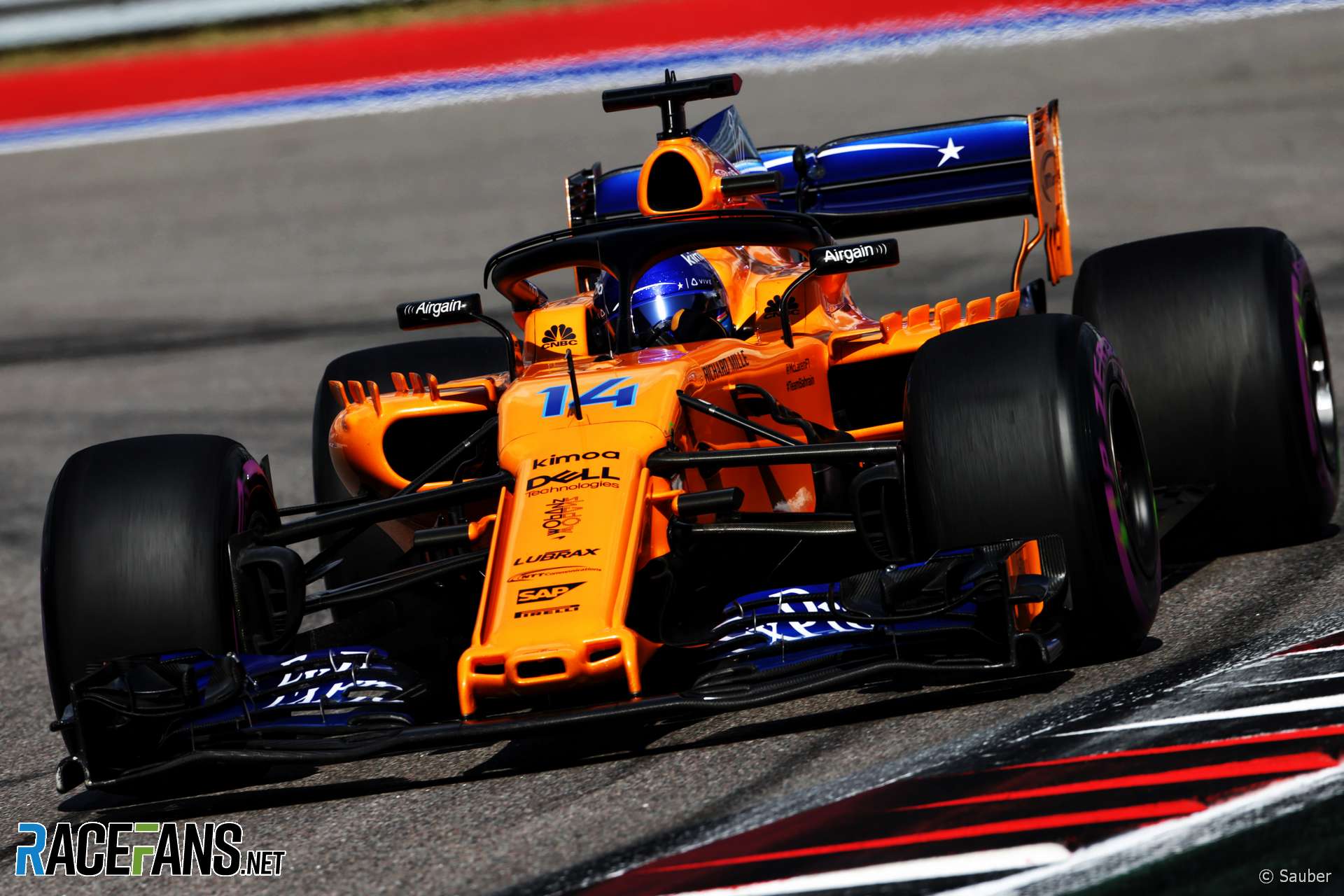 Fernando Alonso explained McLaren’s tactics in qualifying were to use his car to help Stoffel Vandoorne reach Q2.

As Vandoorne was the only one of the team’s cars without a grid penalty due to a power unit change, McLaren decided to use Alonso’s car tactically to help him. They tried to use the slipstream in practice to increase Vandoorne’s speed on the straights.

Alonso said he “didn’t attempt any performance run” in qualifying and “just ran in a safe mode on the straights and tried to help Stoffel.”
Alonso said this was

“I had two missions,” he explained. “One to set a lap inside 107% [to ensure he would be allowed to start] and the second mission was to help Stoffel with the tow in the straights.

“I think we did both and obviously a lot of the focus has been on the race pace this weekend. Hopefully tomorrow we see some nice results on the chequered flag.”

Vandoorne failed to reach Q2 and ended up 19th quickest, four-tenths of a second off Alonso.

“It was always going to be hard for us this weekend,” said Vandoorne. “I think this morning we saw that the pace of the car was not very good at all.

“Going into the qualifying session the target was to try and be ahead of the Williamses. We managed to beat one today [but] I don’t know exactly what happens with all the penalties.”