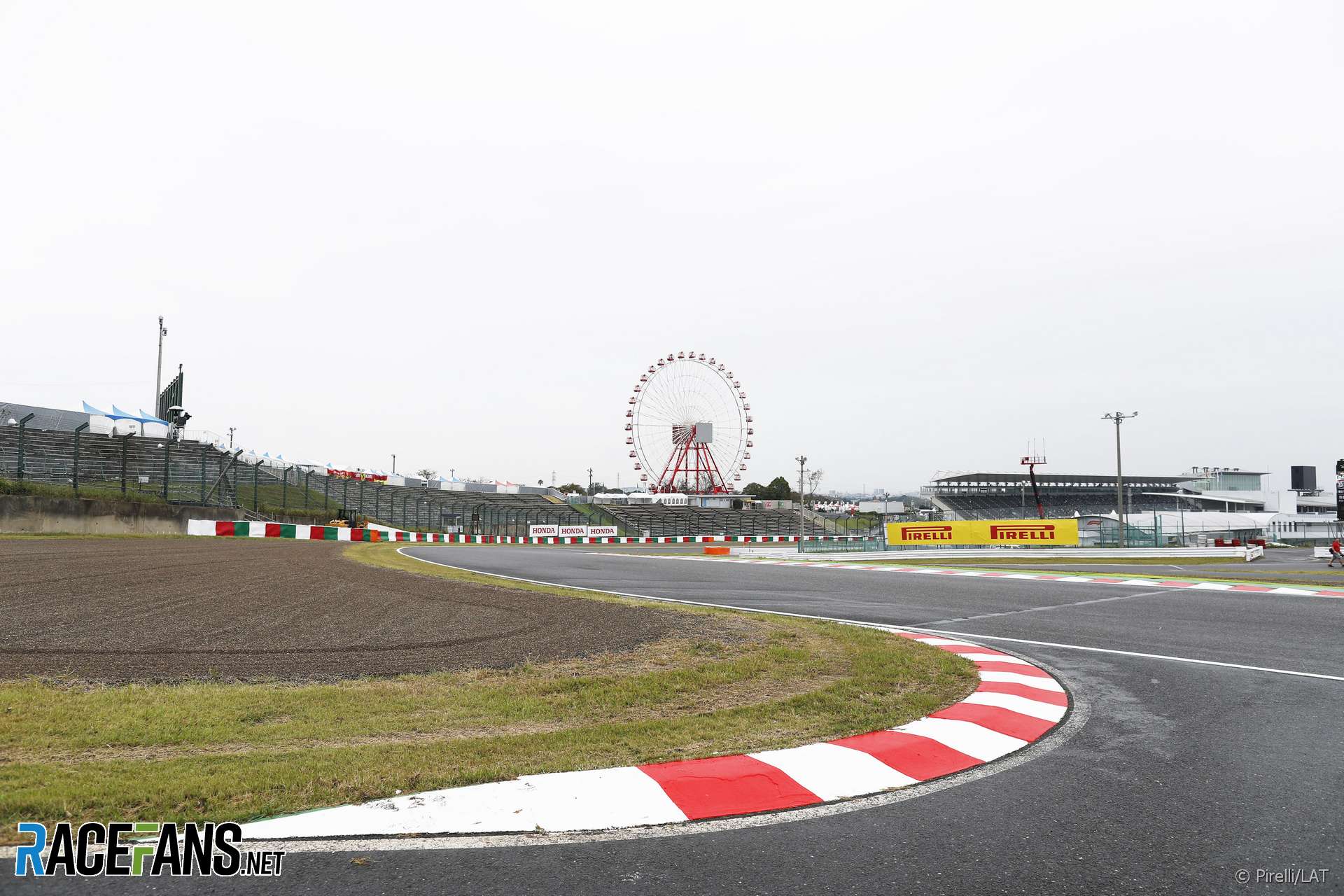 Wet conditions are expected throughout the build-up to the Japanese Grand Prix but race day should be dry.

The country will feel the effects of typhoon Kong Rey over the coming days as the storms passes through the Japanese sea between Japan and South Korea. Its effects are likely to be strongest on Saturday, when there is a high chance of showers throughout the day.

Friday will begin with a 40% chance of rain in first practice according to Meteo France, and air temperatures of up to 19C. By second practice the air temperature will rise to around 22C but the threat of rain will grow too, to 80%. Therefore teams are likely to seize any chance of dry running in the morning.

Saturday is expects to remain overcast with more showers. There’s no indication yet the rain might be severe enough to force a postponement of qualifying to Sunday, though that has happened more than once in the past.

A dramatic change in conditions is expected on Sunday. The cloud will lift and the race should see warm, sunny and dry conditions for which the teams are likely to have had little experience of in the preceding 48 hours.

7 comments on “Sunday could be only dry day at Suzuka”