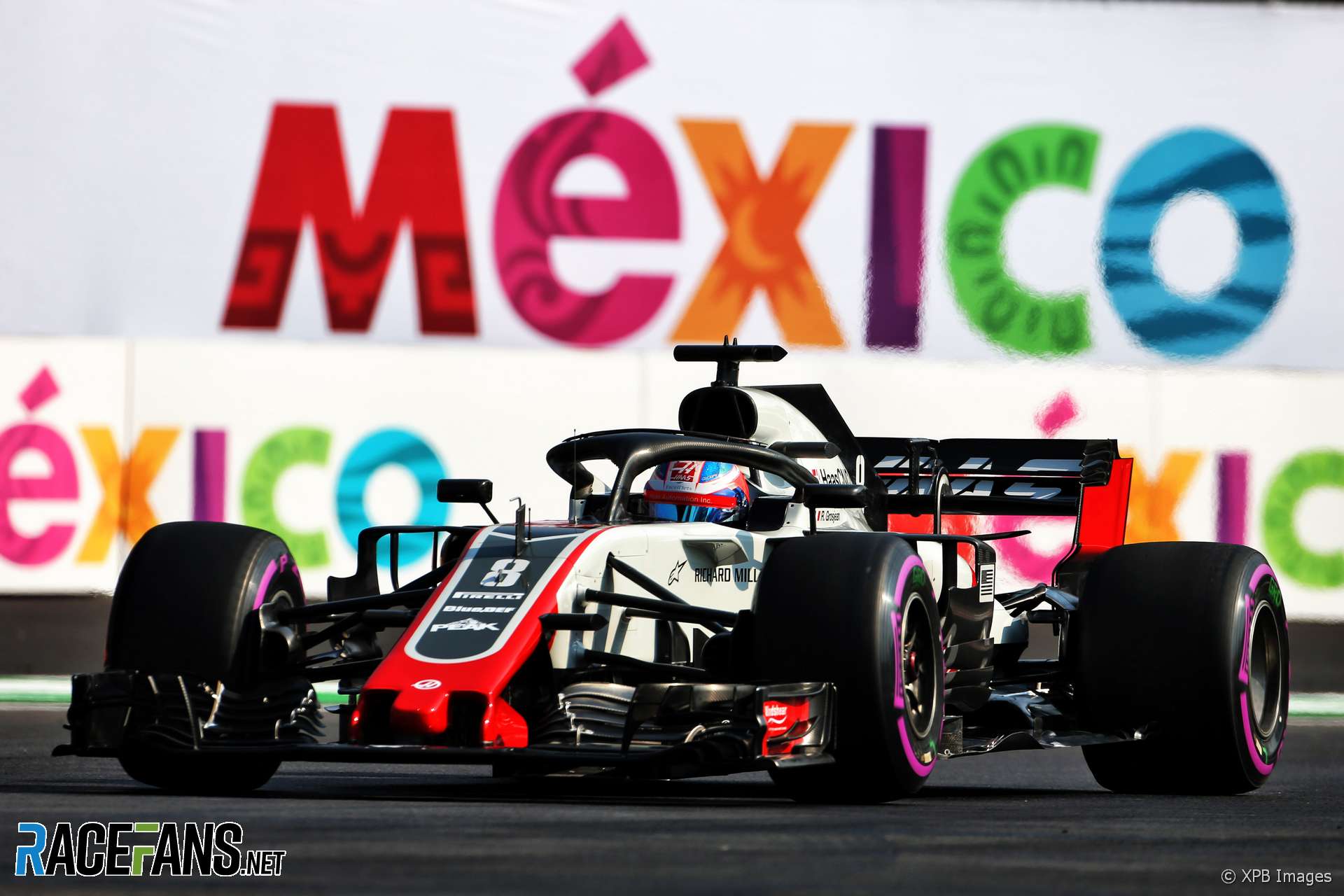 Romain Grosjean says the high altitude of the Autodromo Hermanos Rodriguez is giving Haas a headache when it comes to cooling their car.

Heat dissipates more slowly at high altitude due to the thinner air, and Mexico City is by far the highest venue on the F1 calendar.

“Cooling-wise I think we’re still very hot on a lot of components and [on Sunday] that’s going to be the challenge,” said Grosjean. “It’s cooler than [Friday], we’ll see what it’s like.”

Both Haas drivers failed to progress beyond Q1 for the second year in a row in Mexico. Grosjean said the team made changes to tackle its cooling problem which “worked, but maybe not as much as we needed.”

“But I think Mercedes have got the same problem. They say they had to turn down their engine and so on.”

“I guess everyone is really,” he added. “It doesn’t make much sense to have a circuit at that altitude.”

Grosjean will have a free choice of which tyre to start on for the race. In response to a question from RaceFans he described how quickly the hyper-softs degraded when he tried them. “On Friday morning on hyper-soft I was seven seconds off the pace after four laps.”

“We suffered with front graining and we could [in the race] as well,” he added. “But we’re going to try everything we can not to have that problem.

“Low-speed understeer is not our strength. We heat the tyre quite early. Luckily we’re not starting on hyper-soft. Those guys could have some fun.”

Haas’s championship rivals Renault got both their cars into Q3 and will start on hyper-softs, but Grosjean isn’t sure they’ll be able to fight with their rivals.

“I think unfortunately we need to have a very strong race with both cars and they need to have no points. Even though they will be in a difficult situation with the tyres, we’re not the first ones to be behind. So it’s not a great weekend.

“Again a lot can happen tomorrow, you can’t abandon right now. But on paper it’s been difficult all weekend long.”