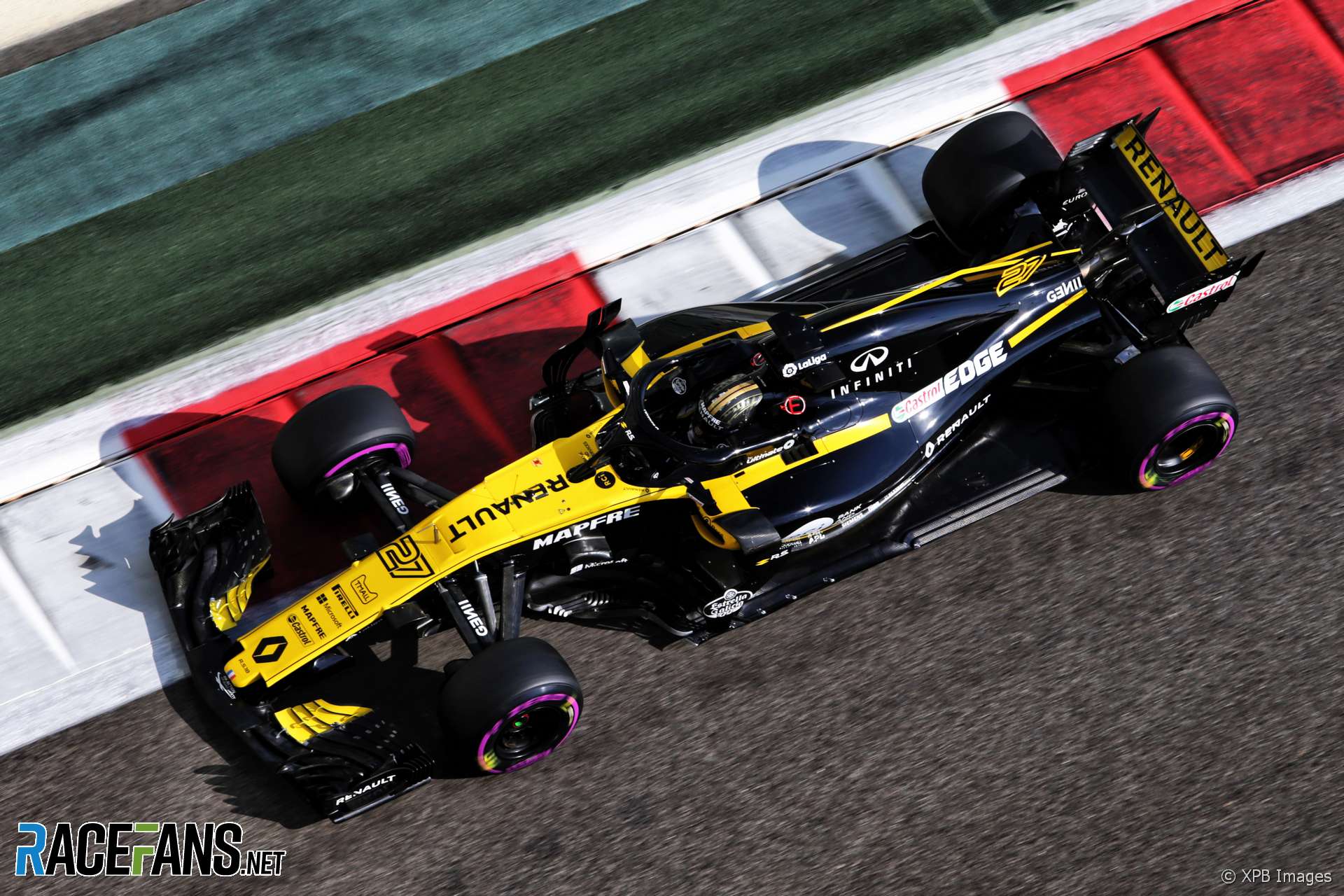 FIA race director Charlie Whiting says he is entirely satisfied with how the Halo performed in Nico Hulkenberg’s crash during the Abu Dhabi Grand Prix.

The Renault driver was launched into a roll by Romain Grosjean on the first lap of the race and came to a rest upside-down on top of a barrier. This prompted concerns that the Halo, which was introduced on cars for this year, made it harder for Hulkenberg to get out of the car.

Asked whether the Halo delayed Hulkenberg’s extraction from the car, Whiting said: “Not at all.”

Whiting said the procedure for getting Hulkenberg out of the car went exactly as planned. “We knew he was okay,” he said. “There’s nothing to worry about there.

“The routine under those circumstances is to put the car back on its wheels. Once the car was back on its wheels, which has to be done carefully of course, he was able to get out by himself. It was very controlled from what I could see. Our medical delegate was more than happy with the way it was done. It all worked exactly as it should.”

Hulkenberg was heard saying “get me out” and “there’s fire” on the radio after the crash. Whiting said race control are able to hear radio messages from drivers in real-time in these situations.

“In an accident like that the radio from the car is automatically routed to race control so that we get an immediate information to make sure,” he said.

“Drivers normally say ‘I’m fine’ or ‘I’m okay’. So we get that and we relate that to the to the doctors or on the way to the scene so they know that he’s okay. And then they can take their time to get the car righted and just let him get out.”

Whiting said the Halo was designed partly to give drivers extra room to escape from a car which has flipped over.

“Quite clearly it’s one of the sort of accidents that Halo was designed to help with because formally I mean it provides more space for the driver once the car is upside down.

“You may have seen some of the tests we did during the prove-out phase of the Halo involved putting the car on its top with a Halo and making sure the driver could actually get out of the car. That was one of the things we wanted to make sure was still possible.”