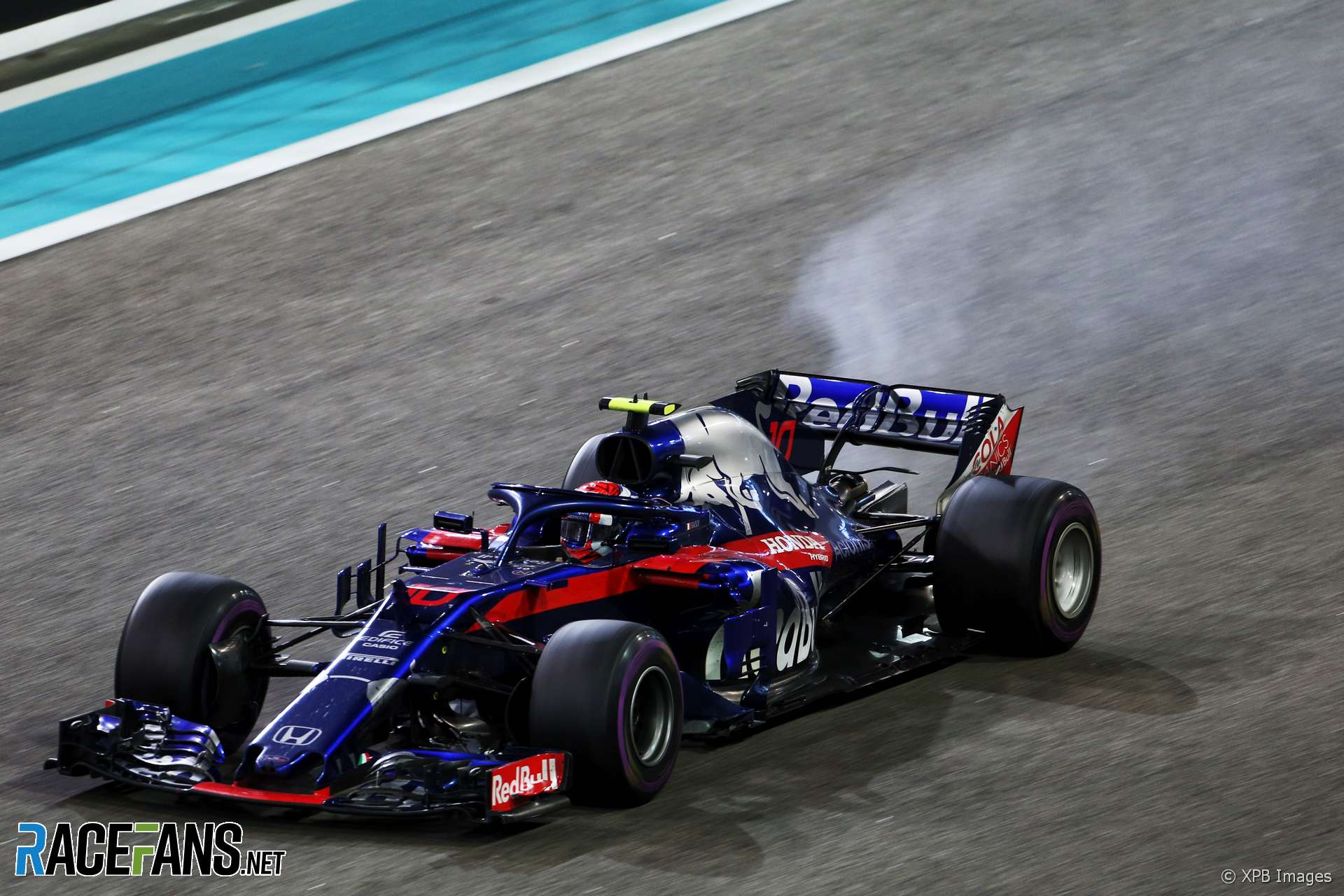 Race control told Toro Rosso to stop Pierre Gasly’s car as it sprayed oil around the track during the Abu Dhabi Grand Prix.

Gasly eventually retired due to the oil leak from his Honda power unit. However FIA race director Charlie Whiting revealed the team were instructed to pull his car off the track.

“We asked the team to make him stop,” said Whiting. “His engineer was still giving him blue flag messages and not addressing the fact that the engine was about to expire.

“Once we told him, Pierre pulled off and that was okay.”

Max Verstappen was running behind Gasly at the time. “The last few laps were not that easy as there was a Toro Rosso leaking oil onto my helmet,” he said. “I couldn’t really see where I was going.”

Esteban Ocon also retired while oil was leaking from his car, but Whiting said they weren’t concerned about a potential build-up of oil on the track.

“I suppose he could have pulled off a little earlier,” said Whiting, “but he tried to get back to the pits as we saw. I think it was all okay.

“Marshals are more focused on making sure that there’s no oil on the track, that’s what they’re trained to report to us. Obviously if an engine’s dropping oil on the track we would ask the team to stop the car immediately.”