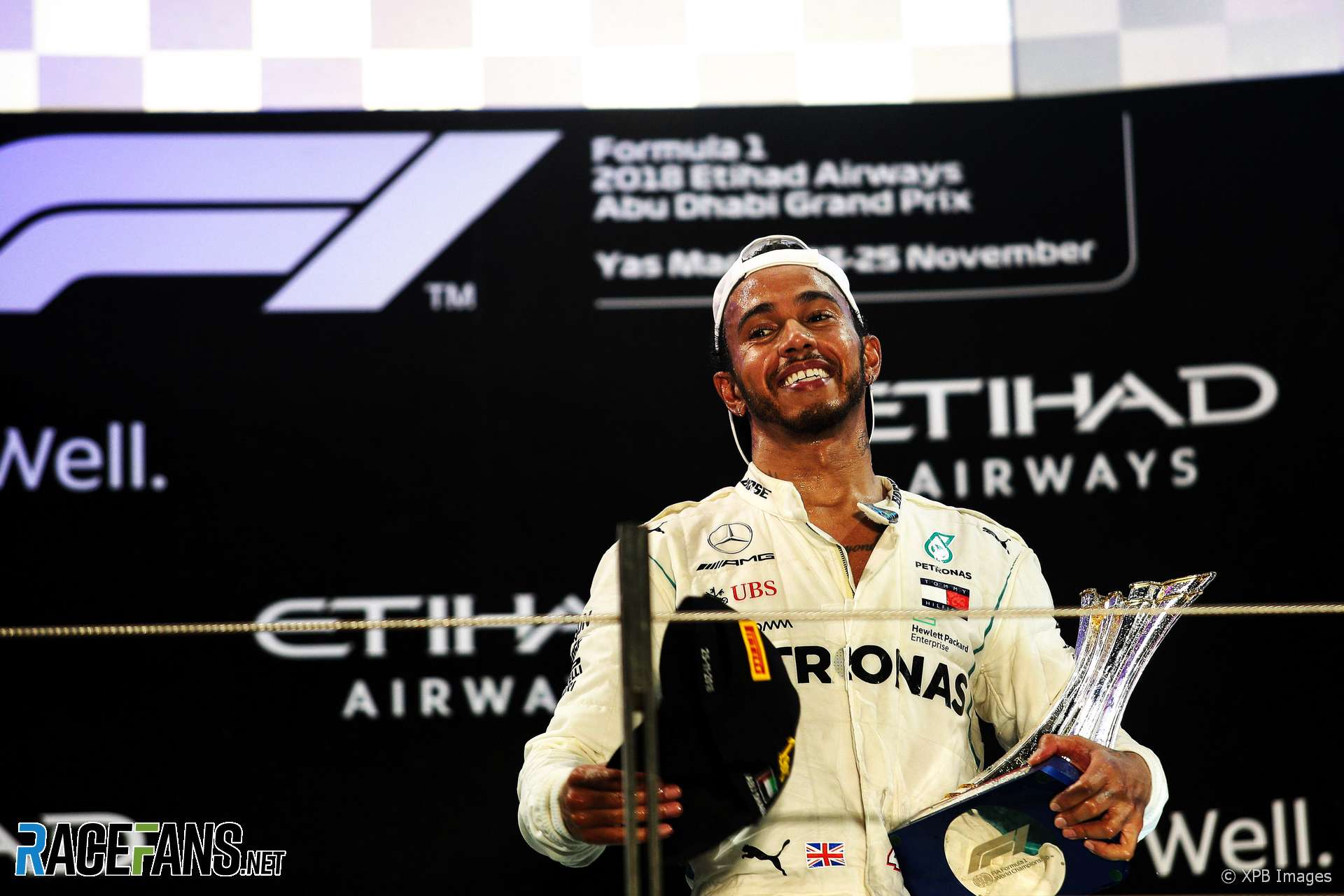 “When you look at his face, that was almost more relief and happiness about sealing the constructors’ title than the first one, and that’s why he just didn’t take his foot off the throttle until the very end, and that is somehow a new Lewis also.”

Hamilton’s season-ending win in Abu Dhabi was won thanks to a bold strategy which took advantage of an early Virtual Safety Car period to make his only pit stop of the race.

“We knew that the super-soft [tyre] could go to the end,” explained Wolff. “It could actually cover a whole race distance. We wanted to cover against an undercut or no VSC or Safety Car in the race later on [where] we would have lost a position. Knowing the tyre can go to the end with a little bit of management, it was the safer strategy.”

Hamilton admitted he had some misgivings about pitting so early. “My engineers always talk about stopping super early,” he explained. “They’re way too chilled behind the wall.

“I was like ‘yeah, I’ve got a long way to and this doesn’t feel too good right now’. But it lasted long, once again they were calculated and correct and that’s why we have to put so much trust in those guys.”