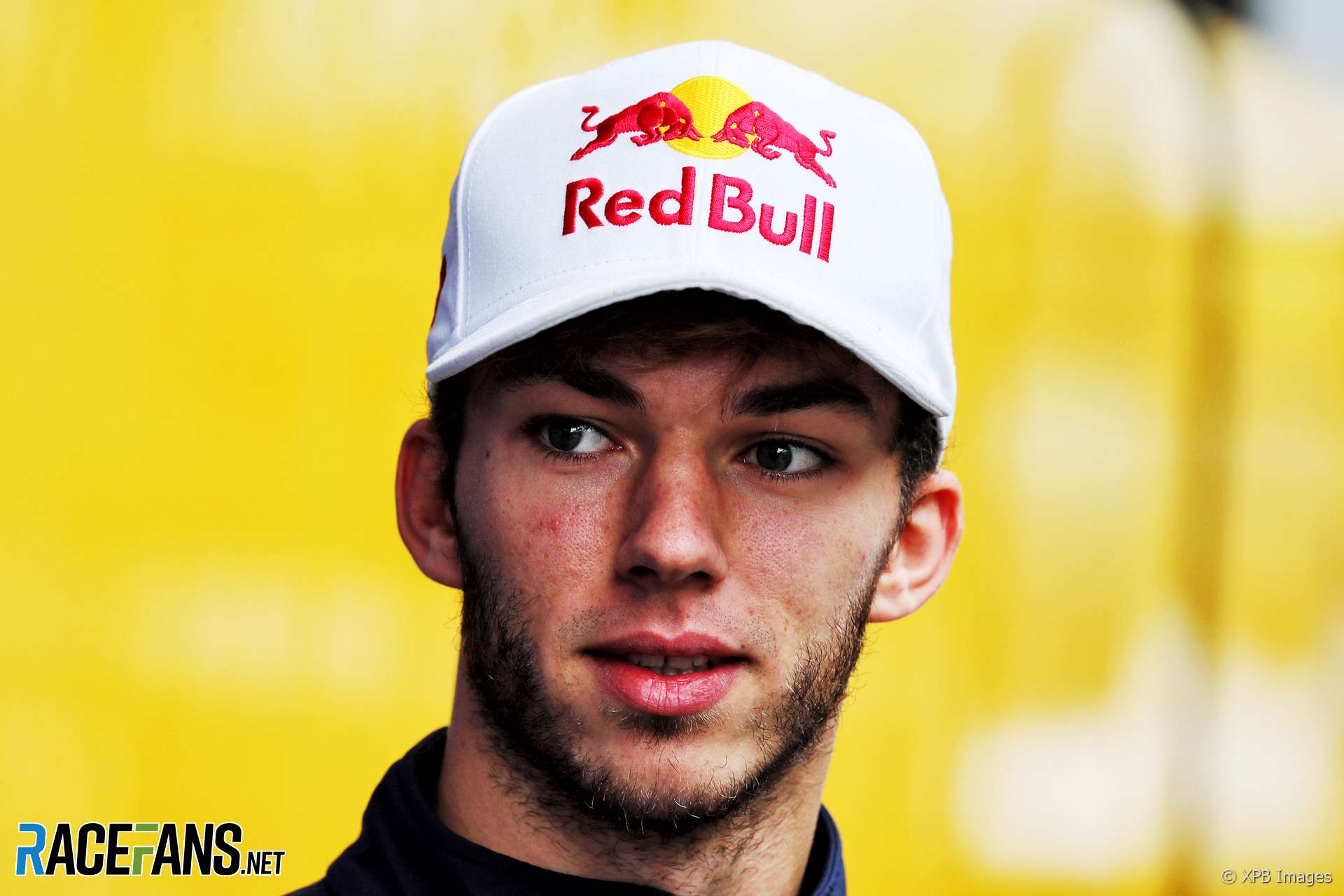 Pierre Gasly embarked on his first full season of Formula 1 in 2018, 12 months later than he arguably deserved to following his 2016 GP2 (now F2) title win. He made up for lost time quickly.

After a tough start in Australia, where he lined up last and his Honda power unit gave up after 13 laps, Gasly scored his first points with a remarkable fourth place in Bahrain. Of course on a normal day, without the retirements of the Red Bulls and Ferraris, this would have been seventh, but the fact is Gasly was there to take advantage.

He did have the benefit of running Toro Rosso’s aerodynamic upgrade a day earlier than his team mate. However updates for the STR13 came infrequently, and Gasly consistently proved slightly quicker than Brendon Hartley.

Bahrain was the first of two occasions when Gasly was the first non-Mercedes/Ferrari/Red Bull driver to the chequered flag. The other time was in Hungary, where he capitalised on the STR13’s slow-corners strengths, out-qualified the Red Bull pair on a wet track and finished sixth.

Honda’s development priorities meant Toro Rosso took a lot of penalties during the season and they still lacked performance on tracks with long straights. As a result Gasly only made five appearances in the points, yet he comfortably out-scored Hartley.

The relationship between the pair deteriorated later in the year and Gasly refused to follow a team order to let Hartley by in Brazil. Not unreasobably, he didn’t want to surrender a place he’d gained over Hartley on merit, but equally he compromised the team’s other car by failing to give way, and could have cost them a points-scoring opportunity.

It was hard not to be reminded of a previous Toro Rosso driver with a similar attitude to team orders: Max Verstappen, who will be Gasly’s team mate at Red Bull next year. Red Bull could be in for a few tense post-race debriefs in 2019.

Gasly showed he’s a great prospect by putting some astonishing performances in the Toro Rosso when the car seemed good enough for fighting for points. He utterly beat Hartley and fought until the end with Leclerc and Grosjean in the drivers’ championship. He’s been quick, very quick, but compare him with Verstappen seems too optimistic; Gasly may reach the Ricciardo’s tier in terms of pure talent, but it’ll be interesting to see him fighting with Max in 2019, specially after having shown some guts in several radio rants with Toro Rosso re Hartley.
@DiezCilindros

What’s your verdict on Pierre Gasly’s 2018 season? Which drivers do you feel he performed better or worse than? Have your say in the comments.