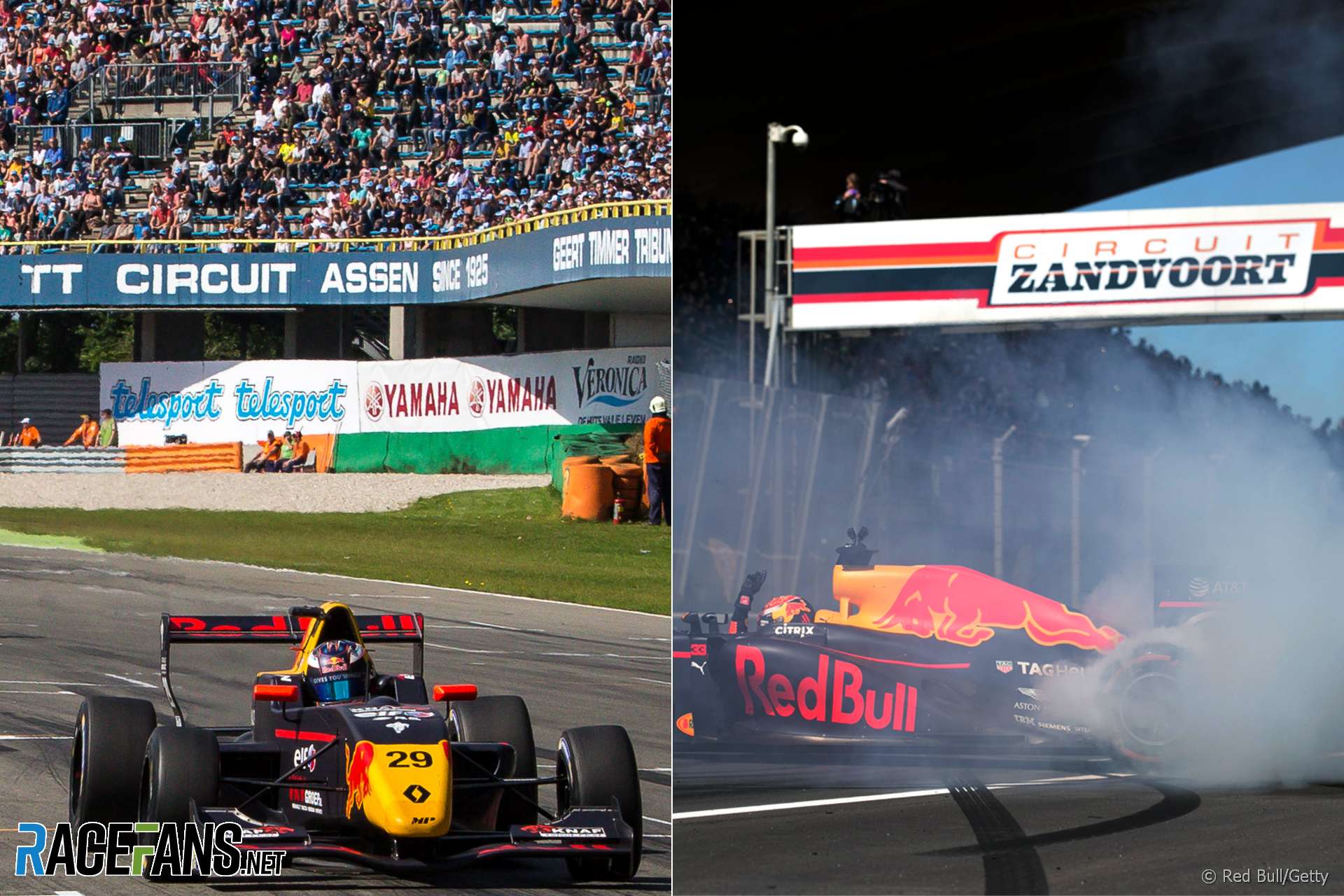 The Dutch Grand Prix has been absent from the Formula 1 calendar since Niki Lauda resisted team mate Alain Prost to score his final win by two-tenths of a second at Zandvoort in 1985.

While the Netherlands has produced five F1 drivers since then, the meteoric rise of Max Verstappen has captured the imagination of a country with a strong motor racing heritage. The ‘Verstappen effect’ has been impossible to ignore: Races in nearby countries like Belgium, Austria, and Germany have been overwhelmed by the seas of orange supporting the young star and Liberty Media are keen to capitalise on the hype surrounding him.

Early plans for a street race in Rotterdam have fallen by the wayside. The choice of venues for a future Dutch Grand Prix now appears to be between two long-standing circuits with very different heritages: Zandvoort, the only Dutch track to have played host to F1, and Assen, which is synonymous with motorbike racing.

Zandvoort may be the former F1 venue but Assen is arguably closer to being F1-ready, according to FIA track inspector Charlie Whiting last year. He found there were a few small changes to the barriers and kerbs were needed before the circuit is ready for F1. “Of the two at present I would say Assen would need very little work,” Whiting remarked.

The circuit originally opened in 1955 and was long regarded as one of the classic motorbike racing venues. However in 2006 an amusement park was built on the north end of the circuit and its length was trimmed from 7.5 kilometres to 4.5.

Despite the track having since played host to the now-defunct Champ Car and Superleague Formula series for high-end single-seaters, for millions of motor racing fans the thought of Formula 1 taking over Assen will not be a welcome one. It’s not just a matter of pride: there are concerns high downforce F1 cars would aggravate bumps on the track surface as they have at Silverstone and COTA.

Zandvoort was the location for the Dutch GP from 1952 to 1985. Since then it has also had a significant tweak to its layout and is now slightly longer and incorporates a slower section through what used to be the infield in order to combat noise complaints from estates on the south side of the circuit.

The track has hosted various other categories of motorsport since the new layout was introduced in 1995 including various GT races, DTM, and Formula Three. The track has proven to be difficult to overtake at as seen in the recent F3 races, but its challenging layout and old-school run-off areas make it a favourite. Esteban Ocon called it a “very cool layout it would be awesome to race there in Formula 1, mega-quick.”

On the downside, the limited room within the infield for expanding the paddock facilities could count against Zandvoort when trying to court Formula 1.

A Dutch Grand Prix is a great idea for all parties to capitalise on the massive, and growing popularity of F1 in the Netherlands

To my mind Assen is the better option as it is likely to offer better overtaking opportunities into turn one and potentially 11 as well. The two are somewhat similar in style but Assen’s makeover has brought it closer to the kind of track where F1 cars can thrive.

Thanks to its motorcycle racing background Assen also creates a layout unlike any other on the F1 calendar. This adds an element of unknown to the drivers and the teams – which should create better racing for fans.

Which track should host the Dutch Grand Prix?

35 comments on “Should Assen or Zandvoort hold the Dutch Grand Prix?”