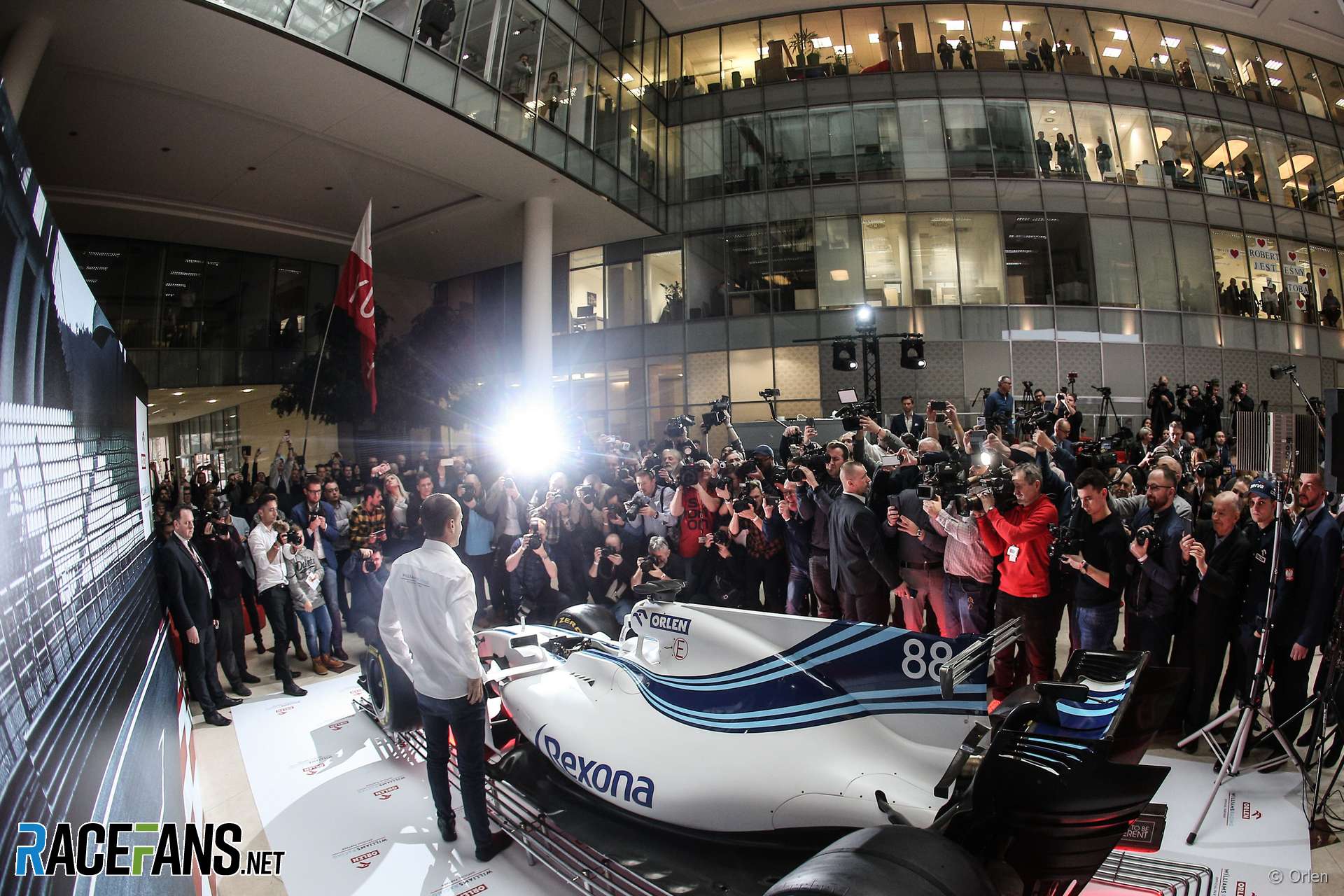 Williams will present its new livery for the 2019 F1 season in an event at its factory on Monday, the team has announced.

The team will have a different look for the new seasn following the signing of PKN Orlen as a major new sponsor. The logos of the Polish petrochemicals company were seen on a Williams show car at a recent event (pictured).

The FW42 is expected to debut in time for the start of pre-season testing for the new championship on February 18th.