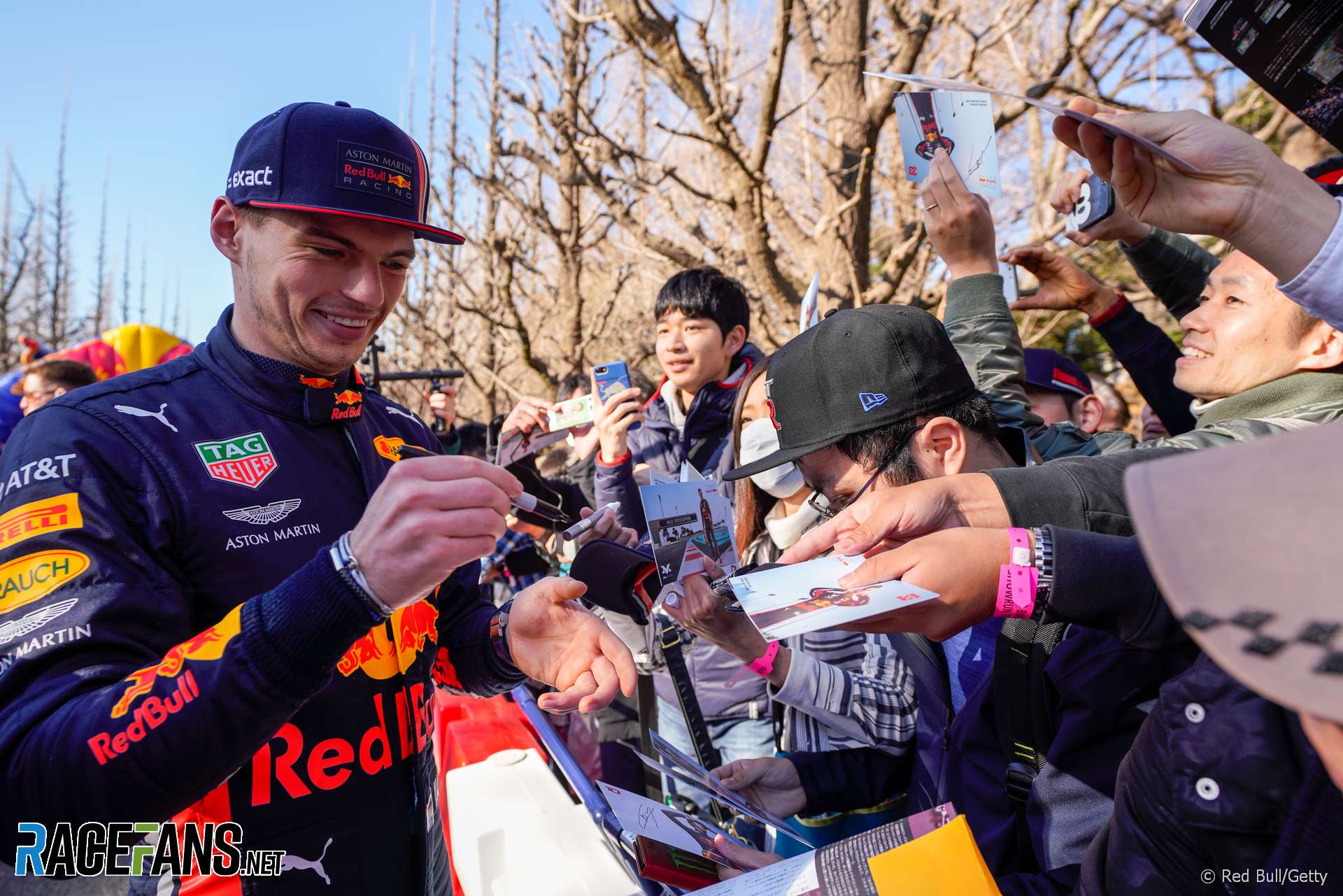 Max Verstappen said his first tests with Honda left him with a very positive impression of the power unit and the team behind it.

Speaking at a Honda season launch event in Japan, Verstappen said he had been “very positively surprised” by the RA619H power unit.

Verstappen was frustrated by the driving characteristics of his Renault power unit in 2018 but said he is happier with the feeling he gets from the Honda.

“I think for me what was the most important is to just feel the new engine,” said Verstappen. “It’s a completely different power unit so I just wanted to get used to drive-ability, I wanted to understand down-shifting, all these kind of things.

“And I was very positively surprised, it was all feeling very good. We didn’t really have to change a lot around it to make it really drive-able and nice. So that was a big positive.

“I was also surprised with the reliability because we did a lot of laps and we basically never really got stopped by any issues. That’s of course what you want in testing. So very impressive first few weeks.”

Verstappen said he is equally pleased by the relationship the team has with its new power unit supplier.

“I think also working together with the Honda engineers was really nice and pleasant because they knew exactly what I was talking about. We really understood each other, the communication felt very easy going.