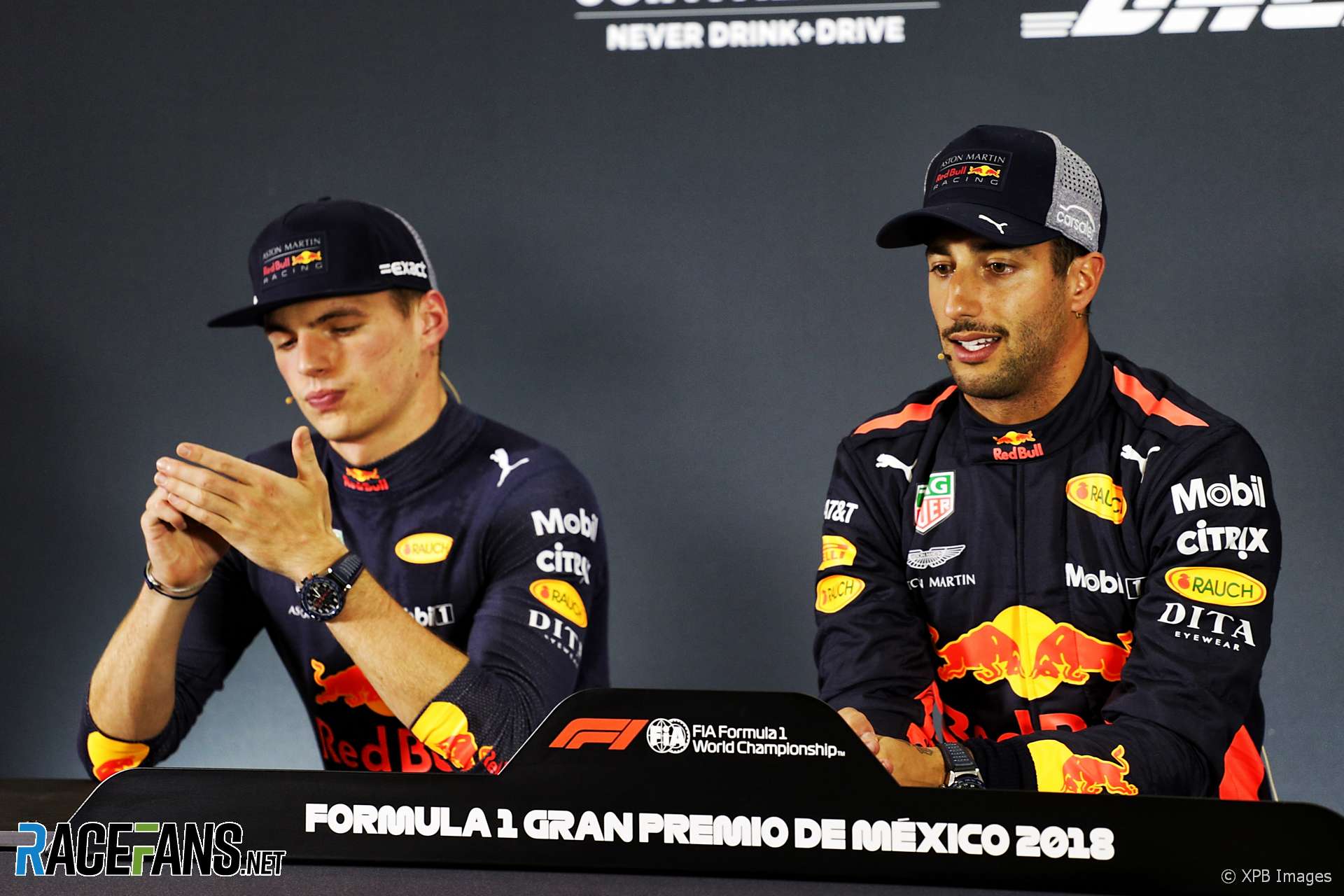 An ecstatic Max Verstappen celebrated his second victory of the season on Sunday. But 24 hours earlier his mood had been a glaring contrast.

Verstappen led all three practice sessions at the Autodromo Hermanos Rodriguez. But in Q3, seemingly from nowhere, his team mate Daniel Ricciardo snatched pole position by less than three-hundredths of a second.

Any driver would be frustrated to lose out to their team mate in such circumstances. However Verstappen was especially aggrieved that his time loss was due to a recurring problem with how his Renault power unit affects the balance of his Red Bull.

Verstappen carried his momentum from practice into qualifying. He was quickest of those who did a single run on hyper-softs in Q1, then headed Q2 after switching to the harder ultra-softs to gain a strategic benefit.

He then did an out-lap and an in-lap on hyper-softs at the end of Q2 to check his car’s handling ahead of the decisive top 10 shoot-out. But despite looking competitive, Verstappen had concerns about how his car was going to perform on a maximum-attack lap in Q3:

Sure enough, after leading the first runs on hyper-softs Verstappen was unable to improve on his second run and Ricciardo took pole.

“I was struggling the whole qualifying with the same problems I had in FP2,” Verstappen explained afterwards. “I had a lot of rear locking on the down-shifting and when I come off throttle. Somehow the behaviour was not correct.”

As a result Verstappen didn’t have the confidence to push the car to its limit. “I just had to lock a lot of tools, go forward on the brake balance to try and stabilise the whole car. It’s not how you want to do qualifying, normally you go more aggressive and be more aggressive on all the tools.”

Red Bull team principal Christian Horner said the problem is common to both drivers’ cars. The difference lies in how Verstappen wields his RB14.

“Max is more sensitive to it from the entry speed he takes into a corner than Daniel,” said Horner. “That’s always been the case.”

The difference between the two lies in the higher entry speed Verstappen carries into corners. Verstappen relies on having stability from the rear of his car to do this, and is unsettled by how power is fed into the transmission as he changes down gears.

“[Verstappen] takes so much speed into the corner he relies – a little bit like Sebastian used to, Sebastian was always more sensitive to it than Daniel – particularly with Max’s driving style when he carries so much momentum into the corner, if he doesn’t get what he expects it unsettles the car, catches him out. And then you have to under-drive the car at that point in time.”

Vettel solved his problem by leaving the team and joining Ferrari. Verstappen hopes his problem will be solved when he gets his hands on a Honda next year. Ricciardo, meanwhile, will stick with the Renault power units which don’t frustrate his driving style in the same way.