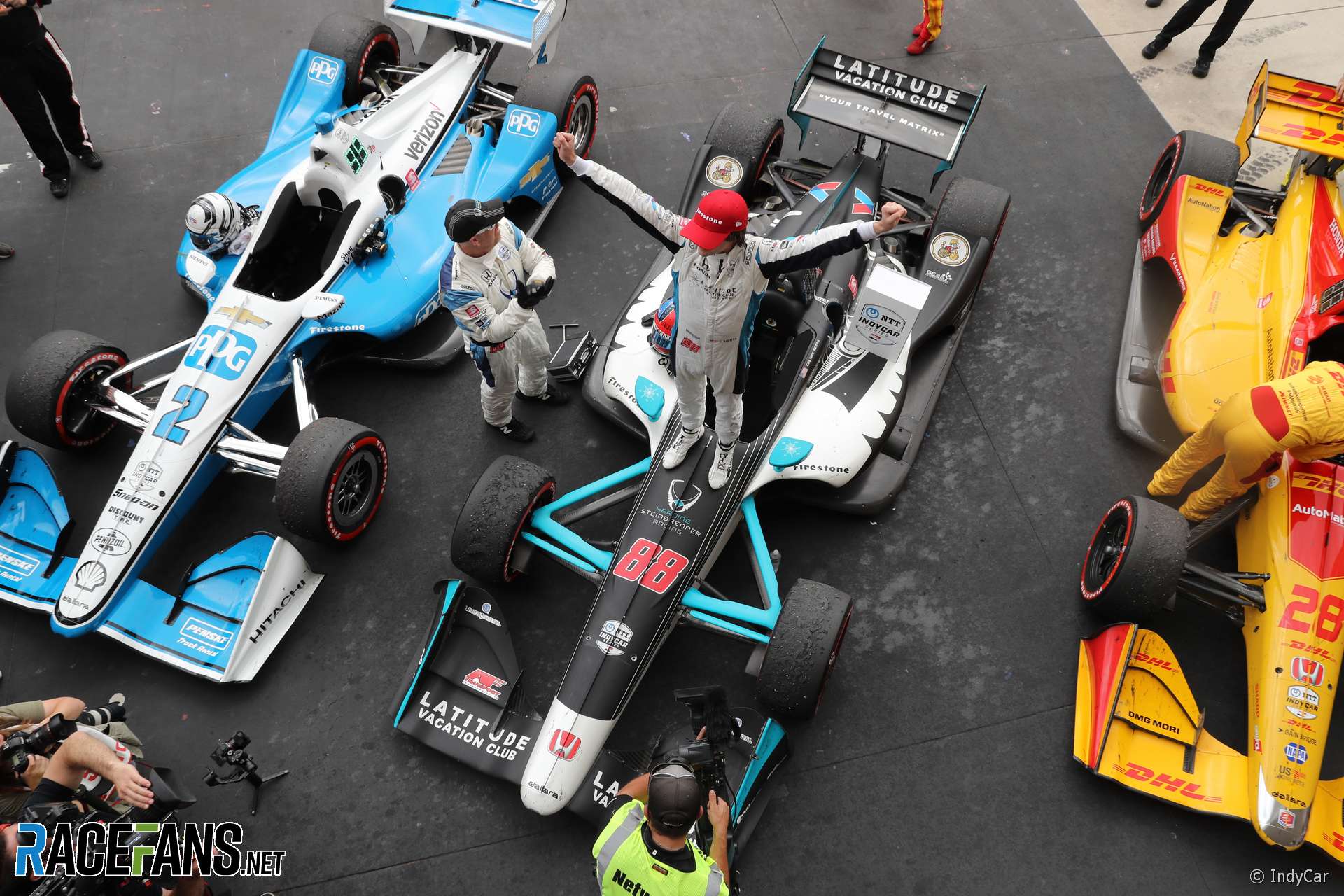 IndyCar rookie Colton Herta scored a shock win in IndyCar’s first race at the Circuit of the Americas after long-time leader Will Power hit trouble in the pits.

Power dominated much of the race after starting from pole position, but lost what seemed a certain win when he stalled in the pits.

While Herta profited from Power’s demise, he also made his pwn moves to reach the front having qualified an excellent fourth. He moved ahead of Ryan Hunter-Reay early on and pounced on the other Andretti of Alexander Rossi following a pit stop.

Rossio, who started alongside Power on the front row, slipped to ninth at the flag behind Sebastien Bourdais, Marco Andretti, Takuma Sato and Patricio O’Ward. Jack Harvey completed the top 10.

Felix Rosenqvist crashed out of the race after tangling with James Hinchcliffe in the run-off area at turn 19, and spinning into the barrier on the inside of the track.

Video: 2019 IndyCar round two: Circuit of the Americas