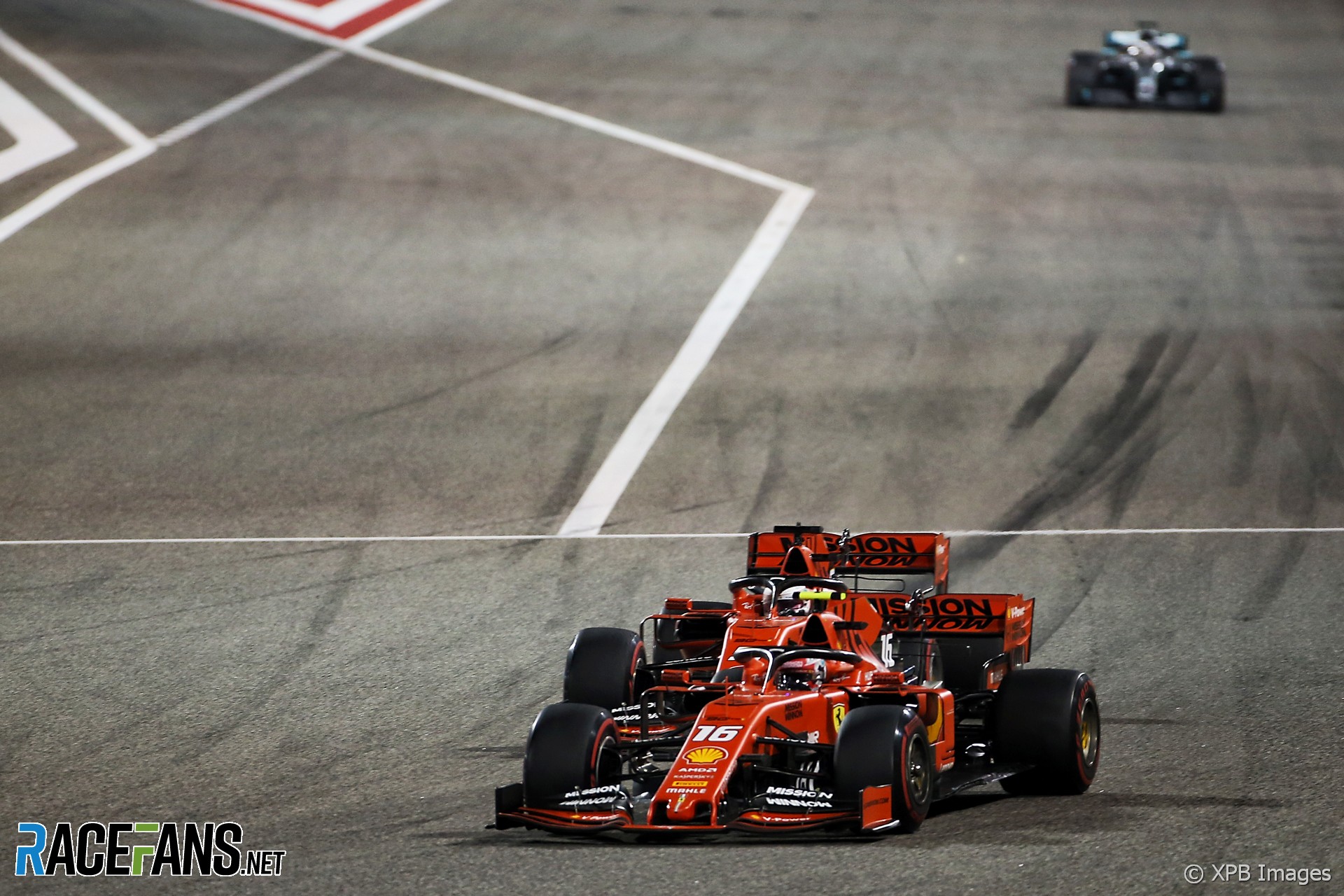 Charles Leclerc admitted the late-race MGU-H failure which cost him victory in the Bahrain Grand Prix was hard to take.

But the 21-year-old, who led an F1 race for the first time, vowed he and Ferrari will “come back stronger”.

The problem struck Leclerc with a dozen laps to go in the race and left him around 40kph down on his rivals on the straights. He was unable to prevent Lewis Hamilton and Valtteri Bottas overtaking him.

“[It’s] a very hard one to take,” said Leclerc. “But thanks to the team for the amazing car all weekend long. I’m pretty sure we’ll come back stronger.”

“It happens,” he added. “It’s part of motorsport. Unfortunately today was not our day but I’m confident.

“The team has done an amazing job recover lack of pace in Australia. And what to say. Of course I’m extremely disappointed like the whole team. But it happens.”

A late Safety Car allowed Leclerc to salvage third place. Without it he expects he would have finished even further back.

“I think we made the best out of it. I think we’ve been lucky in a very unlucky situation because we had the Safety Car at the finished because otherwise we would have finished even more rearward. Also I don’t think with the fuel we would have been OK.