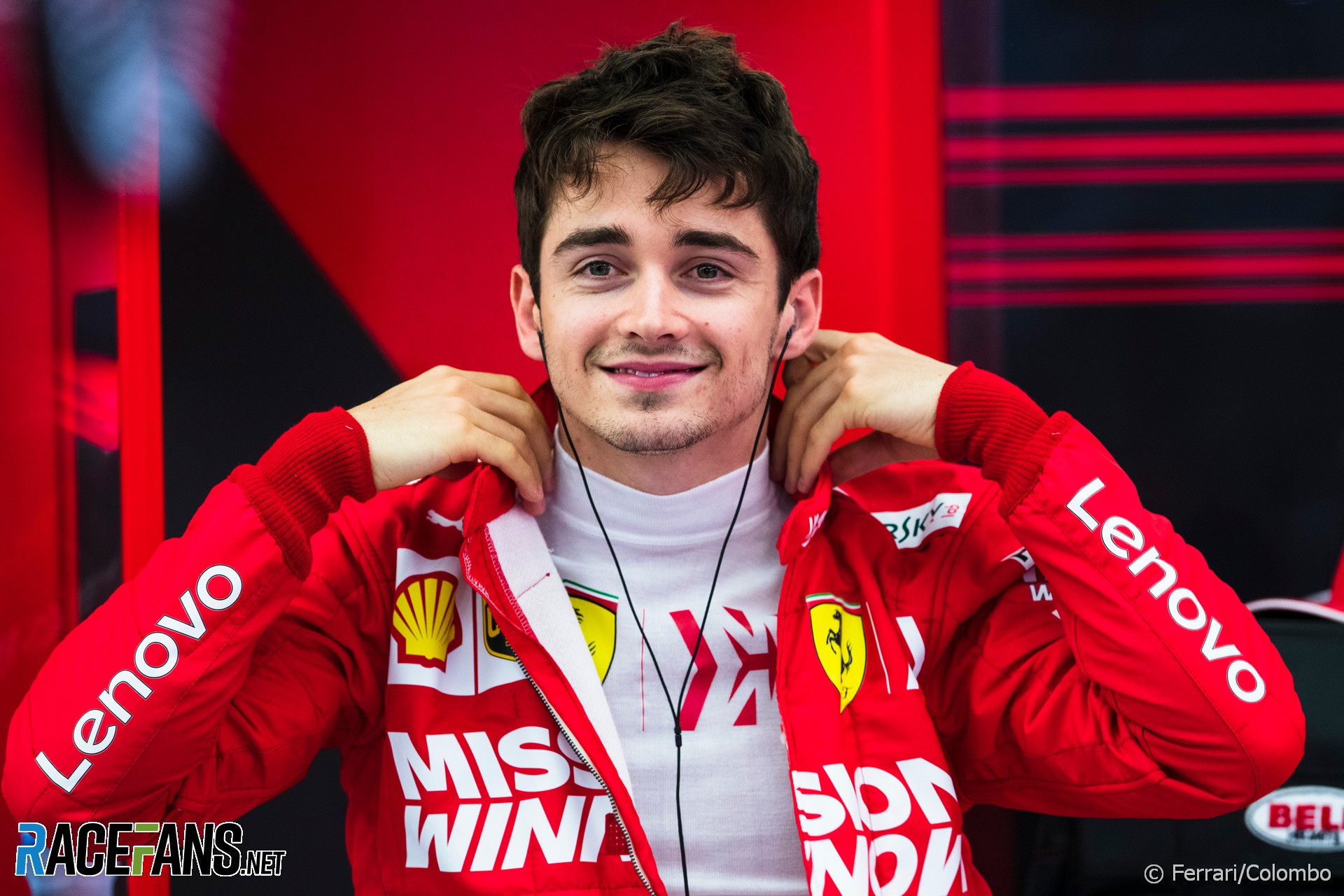 Will the 1,000th world championship race see a first-time winner in Charles Leclerc? Are Ferrari going to resort to team orders again?

Here’s the talking points for this weekend’s Chinese Grand Prix.

Can Leclerc avenge his lost win?

In only his second start for the team, Ferrari’s young star appeared to have victory bought and paid for. But a short circuit in his power unit conspired to rob him of a dream result.

Nonetheless, he made his mark on the paddock. Rival team boss Toto Wolff hailed a “very impressive” performance by the “humble” and “very fast” Leclerc.

“The combination between the speed, personality and being able to temper your emotions in both directions is a great ingredient,” said Wolff. “I know that many other drivers who have the lion in them like he certainly has would have reacted in a much more controversial way about the third place. None of that we see with Charles.”

Clearly, Sebastian Vettel didn’t have the Ferrari handling to his liking in Bahrain. Had it not been for a slow start from Leclerc, he surely would have scorched away from pole position, untroubled by the other car.

Instead Ferrari again had to manage a situation where Vettel had Leclerc looming large in his mirrors and, for the second race in a row, responded by telling Leclerc to hold his position. But given the turn of speed he demonstrated in Bahrain, not to mention the sensible way both drivers conducted themselves when disputing the lead, surely Ferrari wouldn’t do it a third time?

It’s not just Vettel who is feeling the heat from the young talent in the other garage. Further down the grid F1’s new crop have made their presence felt in the opening races.

McLaren’s Lando Norris has reached Q3 in both races and led the midfield home in Bahrain. Team mate Carlos Sainz Jnr looks a match on speed but compromised his race by tangling with Max Verstappen last time out.

Robert Kubica has trailed Williams rookie George Russell. However the cars are in such a state, producing wildly different handling characteristics, that comparing the two drivers is a largely pointless exercise at present.

And it won’t have escaped Daniil Kvyat’s notice that Alexander Albon is leading him in the points standings at the moment. Kvyat too has had some misfortune – he was sent out on old tyres in Q2 in Bahrain – but has also been the architect of his own troubles at time.

As for Albon, who had never driven an F1 car until a few days before testing began, he bagged a deserved ninth in Bahrain, the first track on this year’s calendar he has prior experience. Shanghai will be another learning experience for him.

Who is the midfield leader?

On pure, one-lap pace, Haas have shown the midfield the way so far. They even gave Red Bull a scare in Bahrain, Kevin Magnussen getting within five-thousandths of a second of Verstappen in qualifying.

He went backwards in the race, however. Meanwhile assorted misfortunes mean his team mate Romain Grosjean is the only driver yet to be classified in a race this year.

Renault have had problems too, posting just one finish from the four race starts so far. Picking a class leader from the congested midfield is extremely tricky at present.

McLaren are on an upward curve, Alfa Romeo are in the mix but seem not to have quite sustained the momentum they had at the end of last season, and Toro Rosso are threatening to come good too. any of these could conceivably lead the hunt for the Q3 places and ‘best of the rest’ honours in China.

Has DRS become too powerful?

There was no shortage of passing in Bahrain. However it seems increasingly clear the reason drivers can race each other more easily this year is less because the new front wings allow them to get closer and more because of the increased power of the larger Drag Reduction Systems and, in the case of Bahrain, an additional DRS zone.

Was there any value in forcing teams to redesign their front wings when the same effect could be achieved with DRS? Shanghai has tended to be one of the easier tracks for overtaking, and this weekend may reveal whether the pendulum has swung too far in favour of ‘push button passing’.

As RaceFans readers will be well aware, the Chinese Grand Prix is not the 1,000th F1 race (see below), but the thousandth round of the world championship. Semantics aside, it’s a milestone worth noting, and should give the sport an opportunity for reflection as well as celebration.

What do the next thousand races have in store? What does the future have in store of the ‘pinnacle of motor sport’? While the sport continues to depend on petrol-electric hybrid propulsion, it should not escape anyone’s notice that China, the venue for the milestone race, is ploughing funds into fully electric motoring.

Is that the real future of motorsport? Or will F1 inevitably become an anachronism, or at least something more akin to horse racing, in a world where humans are about to delegate the act of driving to machines.

If you’re heading to China for this weekend’s race, we want to hear from you: