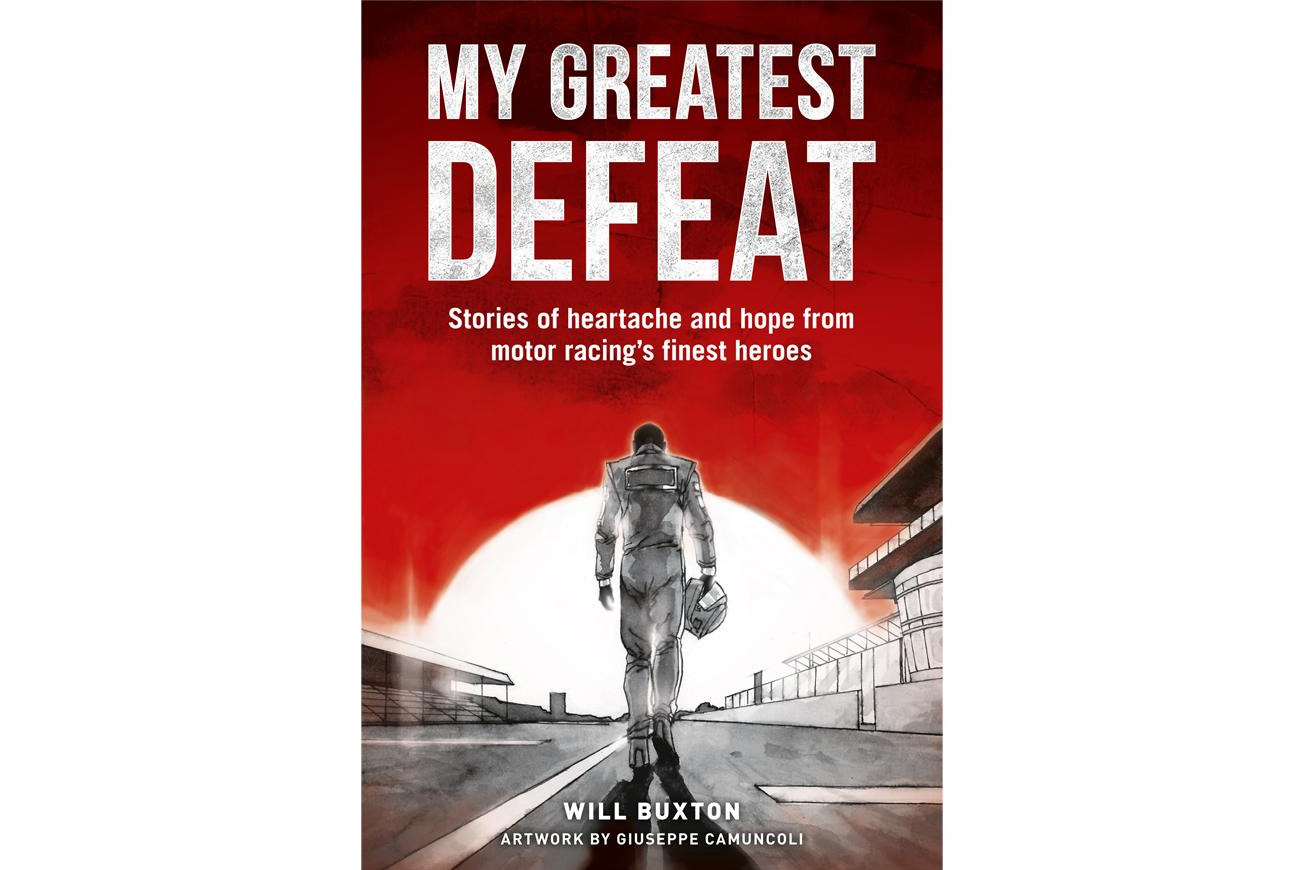 Will Buxton’s profile has soared since becoming the face of much of Formula 1 Management’s video output. But with “My Greatest Defeat” he has turned his talents to literature, and demonstrated his knowledge of motor racing goes far beyond F1.

His first book explores the low-points of the careers of 20 legendary racing drivers. The selection includes IndyCar (Dario Franchitti, Rick Mears), sports cars (Derek Bell, Tom Kristensen) and more. Each driver gets a cookie-cutter overview of their life and career following by a question-and-answer discussion.

Long-form driver interviews are usually a delight for me, providing the subject is interesting enough, as all of these undoubtedly are. The format has been honed to perfection by Simon Taylor, who adapted his series of Motorsport Magazine interviews into “Motorsport Greats in Conversation”, which for me remains the best example of the genre.

This book’s Q&A format cannot help but give the impression that a short cut has been taken: Do the interview, pay a transcriber, print the book. That said, the superlative-laden, over-wrought introduction made me grateful for the change. Once past the teeth-grindingly irritating passages of ‘this beautiful folly I’m lucky enough to call work’ and ‘I wished to extend an invitation to you to be the third guest at our table’, “My Greatest Defeat” become a much more enjoyable read.

The overall premise of the book is intriguing, but also carries risks. Having interviewed multiple drivers over the years (my own ‘beautiful folly’), I’ve always been struck by how even the most outgoing of them has always kept something in reserve, a private space that’s off-limits. The success of the interviews in “My Greatest Defeat” is entirely dependent on how much the subject’s private mental space is linked to their life and career low points.

This does mean some of the interviews are a bit hit-and-miss and this is where the Q&A format can be quite exposing, potentially underselling the quality of the conversation. The Alain Prost discussion which opens is a good example. The premise and style might have benefitted from being road-tested and honed as a magazine feature before becoming a book.

But – and this is a huge but – when “My Greatest Defeat” is good it absolutely soars. The Dario Franchitti interview is particularly brilliant, and a great example of where a driver is prepared to be completely open about their career.

The best section isn’t even about motor racing, but rather the conversation with Niki Lauda about the 1991 Lauda Air disaster. This would make a riveting book of its own, and Buxton’s interview with the late champion is candid, revealing, balancing factual exposition and emotional reaction to powerful effect.

As ever with everything published by Evro the book itself is immaculate, produced to the highest quality. My Greatest Defeat is different, largely enjoyable, and excellent in places. With summer coming up, it’s an obvious beach book choice for motorsport fans.

My Greatest Defeat: Stories of Hardship and Hope from Motor Racing’s Finest Heroes

My Greatest Defeat: Stories of hardship and hope from motor racing’s finest heroes

3 comments on ““My Greatest Defeat” by Will Buxton reviewed”