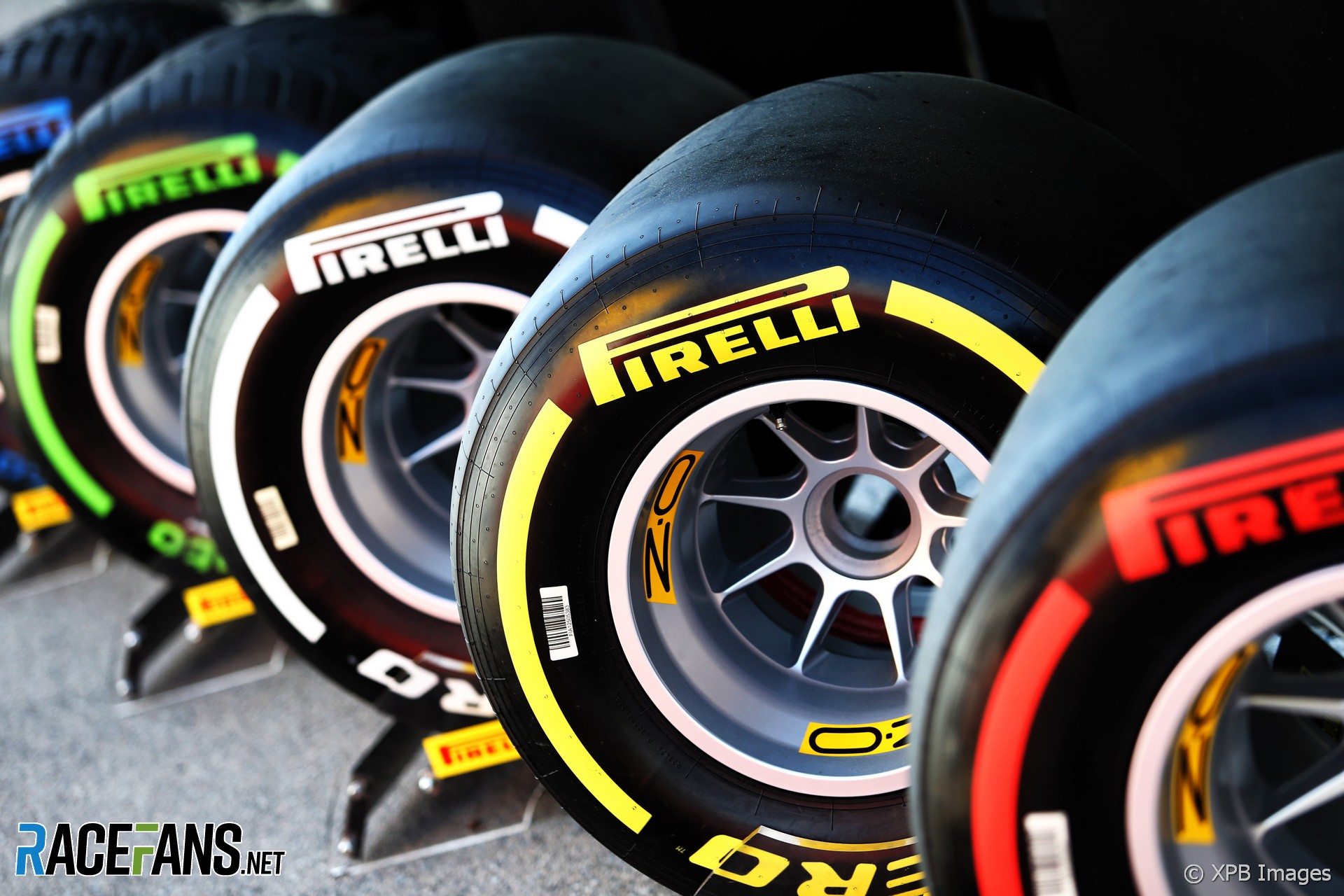 None of the Formula 1 teams who are calling for a return to last year’s tyre specification have raised the matter with Pirelli, RaceFans has learned.

Several team bosses have been quoted saying F1 should bring back last year’s thicker tyres. Red Bull team principal said yesterday it would be the “noble thing for Pirelli to do” as he believes the thinner tread, introduced this year to reduce the risk of blistering, suits Mercedes particularly well. Haas team principal Guenther Steiner echoed Horner’s comments.

However according to a Pirelli source the matter has not yet been raised with the sport’s official tyre supplier either formally or informally.

Under the F1 technical regulations a change of tyre specification requires the agreement of “at least 70% of the competing teams”, i.e. seven of the 10 current competitors. But while Horner claimed “nine teams would be happy” with the change, at least three have indicated they are not supportive of the move.

“The fact is every year we have new tyres from Pirelli,” he said. “Sometimes we manage to understand them quicker, sometimes we struggle more. But as fair competitors out there we need to make the best of what’s been given to us unless it becomes a safety issue like we had in the past.

“Pirelli’s been given an impossible task. We’re telling them to give us tyres that degrade so strategies become exciting. Once we have tyres that degrade people are asking whether the tyres should last longer. So I think we need to protect and support Pirelli in their task to give a tyre that hopefully suits everybody and this is what we are doing and not letting ourselves be distracted with voices that don’t matter.”

McLaren is also against reverting to last year’s tyres, team principal Andreas Seidl confirmed. “We have to say we are pretty happy with how the tyres behave this year,” he said.

“I think of course our car is operating in a completely different window compared to the three top teams. There is one and a half seconds missing. But in the window we are operating right now we are pretty happy with how the tyres work.

“We try to understand, or at least we think we understand how to use different specs. It’s the same for all so I think that’s the game we are all in and this is how we take the challenge. We don’t see any need to do any changes, especially during the season.”

Williams senior race engineer Dave Robson said he was not strongly in favour of either course of action when asked by RaceFans.

“I don’t particularly have a strong opinion, to be honest,” he said. “It’s just different, a different challenge.

“If you end up with the risk of the blistering going up from the overheating, that just changes things again. That’s one of those things that I’m just happy to leave to Pirelli. Unless they have a good reason to change it I’m quite happy with it.”